A Mareva Injunction Refresher: Can a Strong Prima Facie Case of Fraud Alone Support an Inference of Asset Dissipation and/or Disposal Risk? 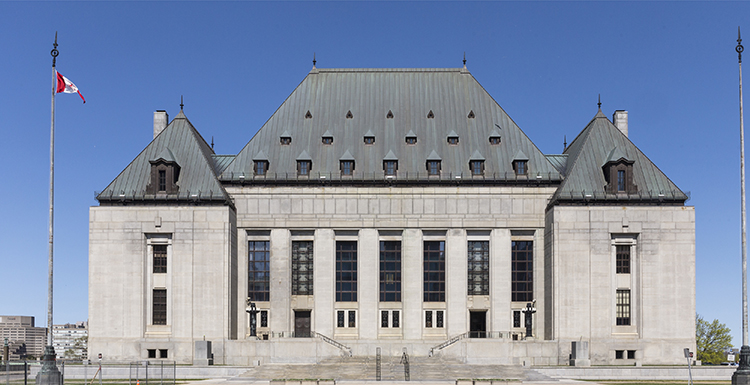 In 1985, the Supreme Court of Canada decided Aetna Financial Services Ltd. v. Feigelman.1 The Court adopted the Ontario Court of Appeal decision in Chitel v. Rothbart,2 holding that a Mareva injunction is limited to circumstances in which there is a real risk that the defendant will remove its assets from the jurisdiction or will otherwise dissipate or dispose of its assets to avoid the consequences of a judgment. A Mareva injunction freezes the defendant’s assets until judgment, and is often obtained without notice to the defendant. This is an extraordinary remedy, often with extreme negative consequences for the affected defendant.

The case law has developed to create the following criteria that must be satisfied for the court to grant a Mareva injunction. The plaintiff must establish:

In the recent August 2019 decision in HZC Capital Inc. v. Lee,3 Pattillo J. of the Ontario Superior Court of Justice (Commercial List) emphasized that all of these factors are essential for a Mareva injunction to issue. Importantly, as it concerns the third factor above, His Honour agreed with Strathy J.’s (as His Honour then was) decision and analysis in Sibley & Associates LP v. Ross,4 while providing helpful guidance as to when the court may infer a real risk of asset dissipation.

In Sibley, Strathy J. held that the court may infer that a defendant is at risk to dissipate or move its assets out of the reach of the plaintiff when there is a strong prima facie case of fraud and the circumstances of the fraud itself, taken in the context of all the surrounding circumstances, support the inference. However, plaintiffs and their counsel frequently argue that a strong prima facie case of fraud is enough on its own to support the inference, without the required contextual evidence and analysis that is required to infer a risk that a defendant will remove or dissipate its assets. The recent decision of Pattillo J. in HZC Capital Inc. is a reminder to plaintiffs pursuing a Mareva injunction that a strong prima facie case of fraud is not alone sufficient to give rise to an inference that a defendant will dissipate or remove/dispose of its assets. In short, context and the surrounding circumstances matter.

In HZC Capital Inc., the plaintiffs sought a Mareva injunction against certain defendants who were alleged to have defrauded the plaintiffs through their involvement in a series of real estate development projects. Pattillo J. held that there was a strong prima facie case of fraud against one of the defendants. The plaintiffs submitted that, based on Sibley, risk of asset dissipation ought to be inferred. However, Pattillo J. found that the specific circumstances of the case, including the fraud itself, did not give rise to a serious risk that the defendant will dissipate or dispose of his assets such that the requested inference should be drawn.5 Pattillo J. cited Estey J. in Aetna, noting that “the overriding consideration for a Mareva injunction is the actual risk that the defendant will hide or likely hide assets. There was no evidence that anything like this would happen here.”

Pattillo J. accordingly disagreed with the plaintiffs that, in the absence of a Mareva injunction, they would suffer irreparable harm. His Honour held that the plaintiffs’ assertion that there is a real risk that the defendants will have insufficient assets to satisfy any judgment was not supported by any evidence, and was mere speculation. Nor did the balance of convenience favour granting the Mareva injunction in the circumstances. To the contrary, “[s]uch an order could and likely would do irreparable damage to [the defendants] which could not be ameliorated by access to living expenses and legal fees.”

Plaintiffs and their counsel should take note of HZC Capital Inc. and Pattillo J.’s stark reminder that a strong prima facie case of fraud alone is insufficient to allow the court to infer a risk of asset dissipation where the circumstances of the fraud itself, taken in the context of all the surrounding circumstances, do not support the inference. A full contextual analysis is essential, and must be considered when compiling the evidentiary record to be filed in support of a request for a Mareva injunction. For such an exceptional remedy that will have a significant impact on the defendant, the court will be careful in determining whether there exists a real risk that the defendant will try to put its assets out of reach of the plaintiff. If the evidence does not support such a risk, then the Mareva injunction will not issue.

5 At paragraph 38 of the decision in HZC Capital Inc. v. Lee, Pattillo J. lists the evidence on which he relied in concluding that the circumstances of this case, including the alleged fraud, did not demonstrate a serious risk that the responding defendants will dissipate or dispose of their assets.