Welcome (Back) to the (New) Planning Act 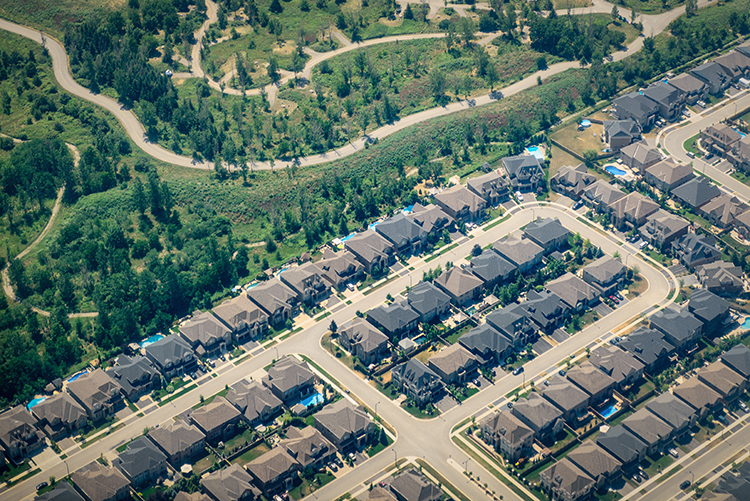 Everything new is old again.

On April 3, 2018, the land use planning approvals and appeals process in Ontario was significantly transformed by the Building Better Communities and Conserving Watersheds Act, 2017 (commonly referred to as Bill 139). Along with the replacement of the Ontario Municipal Board (“OMB”) with the Local Planning Appeal Tribunal (“LPAT”), these changes included new conformity/consistency tests (intended to eliminate de novo appeal hearings), a two-step appeals process (whereby matters would need to be appealed a second time before the LPAT could be empowered to change a municipal decision), various appeal timeline changes and new restrictions on the hearing process and what decisions could be appealed. Our Municipal & Land Use Planning Group hosted a pair of webinars on these changes (found here and here) in order to prepare our clients for the “Bill 139 regime.”

As of September 3, 2019, the Bill 139 regime is no more. As previously summarized by our Group, Bill 108, which received Royal Assent on June 6, 2019 as the More Homes, More Choice Act, 2019, effectively repeals the Bill 139 regime and (re) introduces a number of amendments to the Planning Act and the Local Planning Appeal Tribunal Act, 2017 (“LPAT Act”) that largely return Ontario to the land use planning approvals and appeals process that existed prior to the OMB becoming the LPAT (a change that is now almost entirely in name only). This new/old system will hereinafter be referred to as the “Bill 108 regime.”

While the More Homes, More Choice Act, 2019 was passed in June, the majority of its various amendments to the Planning Act, the LPAT Act, the Development Charges Act, 1997, the Ontario Heritage Act and other statutes do not come into effect until Proclamation. In the case of the amendments to the Planning Act and the LPAT Act, Proclamation was issued on September 3, 2019. This means that the Bill 108 regime outlined in our previous article is now law. However, there remains the always-tricky issue of transition.

In the case of the Bill 139 regime, there was a rush of appeals filed in late 2017 as it was generally perceived by stakeholders that the approval and appeals process would be more difficult and time-consuming to navigate and “win”. By comparison, the perception of the Bill 108 regime is that the process is returning to a more familiar adjudicative context. Many stakeholders actually want their in-progress matters to transition out of the Bill 139 regime and into the Bill 108 regime. The exception would be those matters on the cusp of resolution under the Bill 139 regime. Stakeholders involved in well-advanced Bill 139 appeals would rather finish their matters and achieve finality as opposed to re-starting under a new process.

Ontario Regulation (“O. Reg.”) 296/19 amends the existing Transition Regulation (O. Reg. 174/16) under the Planning Act to prescribe how in-progress and future matters will be transitioned from the Bill 139 regime to the Bill 108 regime. The transitional provisions of O. Reg. 174/16 are tangled, complicated and date-specific, so our advice is to have any specific application or appeal reviewed by a member of our Municipal & Land Use Planning Group for an opinion on the applicable transition sections. However, as a general summary, the following arises from our review of the new transition rules (generally contained in new sections 27-33 of O. Reg. 174/16):

Where an existing appeal is from the adoption of an official plan or official plan amendment, or is from the passage of a zoning by-law or zoning by-law amendment, and the appeal is transitioned (as described above), O. Reg. 174/16 indicates that the appellant will be notified by the LPAT of an opportunity to re-file their Notice of Appeal as a means of supplementing their appeal grounds. Appellants will be given a 20-day window to provide a new Notice of Appeal. If a new Notice is not filed, the appeal will continue with the Notice of Appeal already on file.

Those with appeals from refusals or non-decisions on private applications (under ss. 22(7) or 34(11) of the Planning Act) will not need to re-file their Notices of Appeal, given that under the Bill 108 regime, these appellants are no longer required to “explain” the “basis” of their appeal. This is a key change from the Bill 139 regime as it eliminates the need for a private appellant to satisfy the “joint test” of showing not only that their proposal satisfies the consistency/conformity test, but that the existing designation or zoning does not satisfy the test. The removal of this “joint test” is welcome news to many private landowners and stakeholders.

Corresponding with the changeover from the Bill 139 regime to the Bill 108 regime, the LPAT has posted on its website an updated version of its Rules of Practice and Procedure. There are various revisions and clarifications made in the updated Rules, chief among them being an indication that sections 26 and 27 under Part II (which contain the Tribunal’s procedural requirements for matters subject to the Bill 139 regime) do not apply to matters that are transitioned to the new Bill 108 regime. This means that the substantial filing requirements associated with the Bill 139 regime (Enhanced Municipal Record, Appeal Records, Case Synopses, etc.) will no longer be automatically required as part of the Bill 108 regime. Trees everywhere can breathe a sigh of relief.

In addition to the new Transition Regulation under the LPAT Act, the Province has also issued O. Reg. 302/19, which revokes O. Reg. 102/18. O. Reg. 102/18 had prescribed specific timelines in which the Tribunal was to have rendered its decisions on appeals filed within the Bill 139 regime. The new Bill 108 regime will operate without these timelines.

Finally, as noted above, there are various portions of the More Homes, More Choice Act, 2019 that have not been Proclaimed into force. These include amendments associated with the new community benefits charge (which replaces the existing Planning Act sections concerning section 37 benefits and parkland dedication requirements) as well as changes to the Development Charges Act, 1997 and the Ontario Heritage Act. These amendments will be the subject of additional stakeholder consultation and proposals to be circulated by the Province prior to Proclamation, though it is anticipated that Proclamation will occur January 1, 2020.

Our Municipal & Land Use Planning Group will be hosting a complimentary webinar on Friday, September 13 to better inform clients and stakeholders about how the new Bill 108 regime works and how the changeover will affect their existing applications and appeals. Click here for more details and to register.