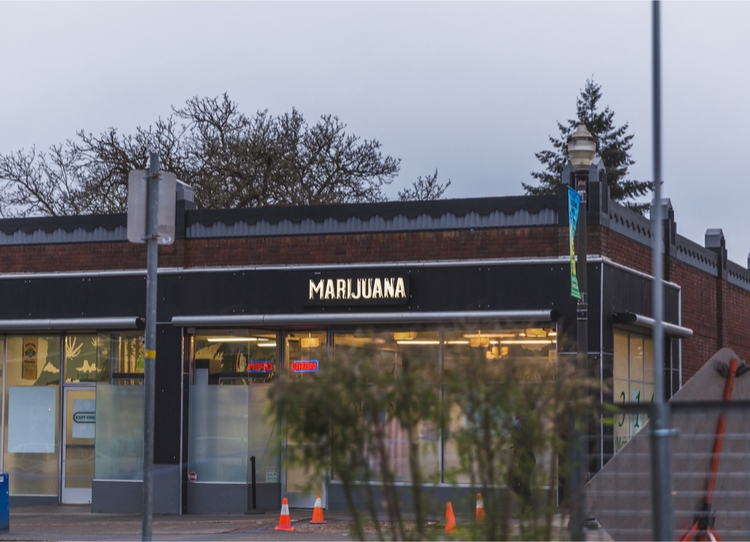 The Controlled Drugs and Substances Act (the “Act”) currently lists cannabis as a controlled substance.1 The Act also stipulates that the production, possession and sale of cannabis is illegal. Though the Act carves out an exception for medicinal marijuana, the Access to Cannabis for Medical Purposes Regulations (“ACMPR”) specify that only “licensed producers,” who are licensed by Health Canada, can grow, produce and distribute or sell (via mail or delivery) marijuana to those who are “registered persons.”2 Therefore, pot dispensaries that don’t fall under a specific exemption under the Act are illegal businesses selling illegal drugs.

While recreational cannabis use laws have been introduced in the House of Commons, the ultimate shape of the recreational market has yet to solidify. There has not been a green light for those interested in the retail marijuana market. In anticipation of the proposed legalization of recreational marijuana, some law enforcement officers have viewed marijuana retailers, or “dispensaries,” as a non-issue that they can ignore. Other law enforcement officers consider raiding illegal dispensaries essential for maintaining control of the market. Toronto law enforcement officers, for example, recently raided seven Toronto-operated and B.C.-based Cannaclinics.3 Although one officer said the raid was a “waste of everyone’s time,” the threat of future raids looms.

As a result, the argument that the Ontario dispensaries currently operating may one day be legitimized holds little sway. And yet, some landlords continue to enter into leases with cannabis retailers, while others wait patiently for the legal framework to become clear in each province before proceeding. Even in circumstances where a tenant’s cannabis operations are legal (for example, a “licensed producer”), landlords need to be cognizant of certain use-specific issues. So, what do landlords need to know when negotiating a lease with a cannabis business tenant?

Most leases contain restrictions relating to the use of the premises. In other cases, generic use clauses permit any legal use. If recreational cannabis is legalized, permissive use clauses could cause trouble for landlords who do not wish to rent to cannabis retailers or producers. Now, more than ever, and especially in provinces that have not announced their intended distribution regime, landlords need to be specific about what a tenant can and cannot do at the premises. Landlords should specify that only tenants holding appropriate licenses can produce or distribute cannabis. The key is to be as specific as possible in the lease.

Landlords should require that all tenants comply with applicable municipal zoning, security, licensing and building rules, as well as fire and building codes, in addition to all federal, provincial and municipal laws, bylaws and regulations. If landlords become aware of any illegal cannabis activity in their premises, and fail to act appropriately, they may be found criminally responsible under certain sections of the Criminal Code of Canada (the “Code”), or as a party to a crime under the Code. Specifically, continuing to accept rental payments from a known criminal source could be construed as possession of proceeds of a crime or money laundering.

Landlords may also face quasi-criminal penalties under the Planning Act or the Civil Remedies Act as a result of leasing to an illegal dispensary.4 For example, under Toronto’s Zoning By-law,5 a cannabis dispensary is not a “permitted use.” The wording in the Zoning By-Law is such that a landlord cannot permit someone to use the leased property for a non-permitted use. Therefore, a landlord can be in violation for merely leasing to a cannabis dispensary. Violation of zoning by-laws can lead to penalties under the Planning Act. Additionally, the Civil Remedies Act can be used by the province to seize the proceeds of any “unlawful activity.”6 Therefore, in addition to the penalty under the Planning Act, a landlord’s real property and rent money may be subject to civil forfeiture under the Civil Remedies Act.

These scenarios present powerful threats to landlords and demonstrate the importance of legal compliance, especially with respect to leasing to dispensaries.

Even where landlords are comfortable with the risks at lease inception, they should nonetheless include termination rights in leases, allowing them to terminate the lease for any reason or in certain circumstances (including, but not limited to, criminal charges, raids, breaches of licenses or insurance cancellation). What may be tolerable to a landlord on the first day of the lease term may not be following enforcement proceedings or complaints from neighbouring tenants.

A commercial landlord may also have other tenants and neighbours to worry about. Complaints may relate to ventilation and noise, for example. In addition, landlords should have regard to the contents of their mortgages and, if the premises form part of a condominium, the contents of the applicable condominium documents and by-laws to determine whether, despite legal compliance, such uses are permitted. Although restrictions such as these are by no means industry standard at the moment, we believe they will increasingly become part of such documentation in provinces that permit bricks-and-mortar retail distribution.

Insurance-related compliance issues may also present a problem. Landlords should confirm with their insurance company that their policies will cover any damage or loss to the property caused by the tenant, and that the cannabis business will not affect, limit or void insurance coverage. A landlord in B.C., for example, was “left scrambling for insurance after discovering [his] tenant was growing dozens of medical marijuana plants.”7 Although the lease in this instance was residential and not commercial, and the landlord was leasing to a medicinal producer, rather than a cannabis retailer, the insurance risks are equally as high. The discussion with the insurance company should occur well in advance of entering into a binding lease or agreement to lease.

A landlord should protect him or herself by including sufficient indemnity language in the lease. This will ensure that any and all liability relating to the cannabis business lies with the tenant, not the landlord.

If, for example, a potential tenant wishes to produce cannabis, alterations to the property may be necessary. Plants require light, heat, moisture and air circulation. Regulations for producers also currently require that specific security measures are in place, many of which will entail physical alterations. Landlords should be clear in the lease as to who is responsible for any costs of installing and potentially removing these alterations, as well as who is responsible for increased utility costs. Landlords should also address potential mould infestations that can result from the excess humidity associated with production.8 At the very least, where such alterations cannot be specifically identified at lease inception, as is currently the case given the fluid nature of the regulatory regime, landlords should retain clear rights to force the tenant to perform, pay for and remove such changes when requested or required by the landlord (pursuant to applicable laws or otherwise).

It is important to note that sophisticated licensed producers will insist that the landlord be subject to the terms of the ACMPR to which it is subjected to so that the actions of the landlord do not put the tenant’s licenses at risk. For example, a tenant may wish that a landlord’s rights of access to the premises be severely restricted (even in the event of a default) in accordance with the tenant’s obligations under the ACMPR and the terms of its licenses. Normally, supervised accompaniment of a licensed tenant representative will be necessary during any such access. A landlord should also be wary of exercising distress rights, as seizing the “inventory” would be a criminal offence.

Landlords seeking to get involved in the cannabis market may seek exposure to the already-legitimate medicinal market, but until the legal framework surrounding the sale and distribution of recreational cannabis settles, landlords should steer clear of leasing to cannabis retailers. Landlords should work closely with lawyers who are familiar with the risks presented by leasing to cannabis business tenants. The Leasing and Cannabis Teams at Aird & Berlis LLP have substantial experience in advising landlords and licensed producers in respect of their real property use and leasing requirements.

*The authors would like to thank Tyler Brent, a 2017/2018 articling student at the firm, and Sarah Newman, a 2017 summer student, for their assistance with the article.

[8] See http://www.cbc.ca/news/canada/calgary/marijuana-legalization-real-estate-1.3763518 for information on the mouldy risks of growing marijuana, as well as some other risks and pictures that may make landlords rethink leasing to growers.