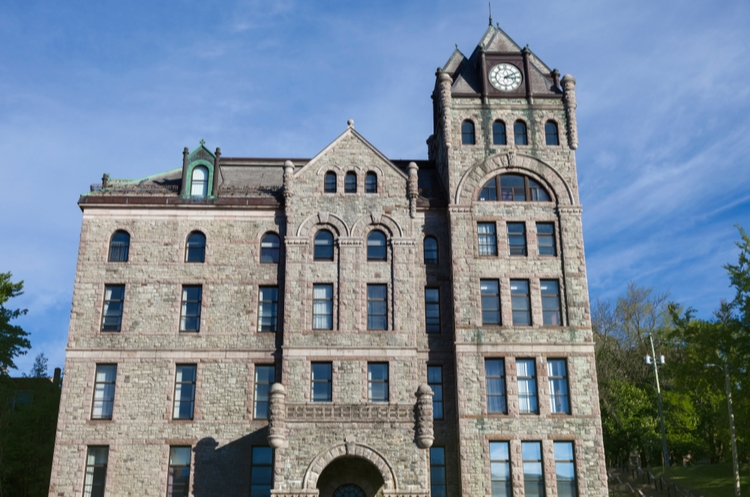 On December 30, 2019, the Supreme Court of Newfoundland and Labrador (the “NLSC”) released its decision in Re Norcon Marine Services Ltd.1 (“Norcon Marine”), dismissing both an application by a debtor for continuance of its Bankruptcy and Insolvency Act2 (“BIA”) proposal proceedings under the Companies’ Creditors Arrangement Act3 (“CCAA”) and a competing application by a secured creditor for the appointment of a receiver.

Since the total claims against the debtor exceeded $5 million, as required by section 3 of the CCAA, and since no BIA proposal had been filed, as required by subsection 11.6(a) of the CCAA, the debtor only had to: (i) meet the “low” threshold of convincing the Court that, in accordance with paragraph 11.02(3)(a) of the CCAA, circumstances existed that made the order appropriate; and (ii) satisfy the Court that it had acted, and was acting, in good faith and with due diligence in accordance with paragraph 11.02(3)(b) of the CCAA.4 Following the Saskatchewan Court of Appeal’s decision in Industrial Properties Regina Limited v. Copper Sands Land Corp.,5 the NLSC held that, in order to meet the “not high” threshold of convincing the Court that appropriate circumstances existed, the debtor only had to show that there existed a “germ of a plan” that suggested “a reasonable possibility of restructuring.”

The NLSC found that the debtor’s evidence did not disclose a germ of a reasonable possibility of restructuring and/or going concern sale because the debtor only suggested a vague intention to seek out new contracts and an intention to reduce operating costs in some undefined amount which could not have any real effect on its ability to restructure. The debtor therefor had not cleared the threshold set out by paragraph 11.02(3)(a) of the CCAA, low as that threshold is. In light of that finding, the NLSC declined to consider whether the debtor had acted and was acting with good faith and due diligence, and dismissed the debtor’s application.

The NLSC found that the debtor had filed a notice of intention to make a proposal under the BIA (the “NOI”) primarily to stay enforcement by the applicant secured creditor, Business Development Bank of Canada (“BDC”). This effort failed because the debtor had not filed the NOI until sixteen days after the issuance of BDC’s notice of intention to enforce security pursuant to section 244 of the BIA. The CCAA order the debtor sought would have stayed BDC.

Despite the facts that (i) the debtor appeared to be initiating its restructuring proceedings primarily to stay BDC,8 (ii) the debtor had admitted insolvency in filing the NOI and making its CCAA application, (iii) BDC had the right, under its security, to appoint a receiver such that the relief it sought would be neither extraordinary nor equitable in nature, and (iv) the other secured lender, the Bank of Nova Scotia (“BNS”), supported BDC’s application, the NLSC nevertheless found that a court appointment was not necessary to protect and preserve assets or manage complexity, and so did not meet the “just or convenient” test set out in section 243 of the BIA. Accordingly, the NLSC dismissed BDC’s receivership application.

The NLSC’s analysis can be contrasted with decisions of Ontario courts which have held that, where a contractual right to appoint a receiver exists, there is no need to show that security is in jeopardy and the analysis is reduced to whether the receiver could more effectively and efficiently perform its duties if court-appointed.10 This Ontario test, centred around concepts of efficacy and efficiency, would seem to better track the concept of “convenience” found in section 243 of the BIA than does the test applied by the NLSC, centred as it is on the concept of “necessity”.11 In its recent decision in Pillar Capital Corp. v. Harmon International Industries Inc., the Saskatchewan Court of Queen’s Bench put it succinctly: “the real inquiry is whether a court appointment is the “preferable” option — not the “essential” one.”12

4 While paragraph 11.02(3)(b) only imposes the requirement of good faith and due diligence in the case of an application other than for an initial order, the NLSC noted that jurisprudence stemming from Century Services Inc. v. Canada (Attorney General), [2010] 3 SCR 379 (at paragraphs 69 and 70), held that good faith and due diligence should always be considered by a court exercise of discretion under the CCAA. Given that the debtor’s application for continuance under the CCAA was brought after November 1, 2019, the requirement of good faith under new section 18.6 would also apply.

9 The NLSC placed weight on the added cost of a court appointment despite the fact that both BDC and BNS desired the appointment. Contrast this to Bank of Montreal v. Carnival National Leasing Ltd., [2011] O.J. No. 671 (ONSCJ) (“Carnival”), at paragraph, 37, where the Ontario Superior Court of Justice held that the support of secured creditors for a court appointment weighed against concern for the increased costs resulting from such appointment.

11 In framing the “just and convenient” test as a test of necessity, the NLSC, at paragraphs 49 to 50, purports to draw authority from Bank of Nova Scotia v. Freure Village on Clair Creek, [1996] O.J. No. 5088 (ONSC) (“Freure Village”). However, the utterance of the word “necessary” in Freure Village on which the NLSC relies occurs in the phrase “necessary to enable the receiver-manager to carry out its work and duties more efficiently,” which, taken in context, ties back in to the accepted Ontario test of whether court appointment would allow a receiver to be more effective and efficient. The very next sentence in Freure Village, which is omitted from the NLSC’s quote of the passage in Norcon Marine, reads: “It is not essential that the moving party, a secured creditor, establish that it will suffer irreparable harm if a receiver-manager is not appointed.” Despite this, the NLSC immediately expands the Freure Village concept of “necessary” into “necessary to protect and preserve the assets in question and to manage any undue complexity in the functioning of the receivership” [Emphasis added].

12 Pillar Capital Corp. v. Harmon International Industries Inc., 2020 SKQB 19, at paragraph 37. Caution also has to be exercised in distinguishing decisions dealing specifically with the appointment of interim receivers, as the relevant tests in subsections 46(1), 47(3) and 47.1(3) of the BIA all require the appointment to be necessary for the protection of the debtor’s estate and/or the interests of creditors.