When Can a CCAA Monitor Bring an Oppression Claim Against a Stakeholder? 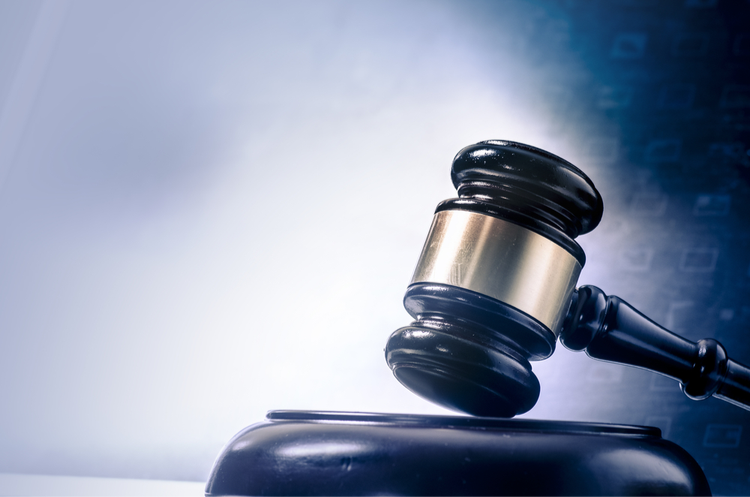 Until a court orders otherwise, a monitor appointed under the Companies’ Creditors Arrangement Act1 is a neutral party and may not take sides in favour of one stakeholder over another.

When can a monitor depart from this neutral role and launch litigation that favours certain creditors to the detriment of others? Specifically, under what circumstances can a CCAA monitor act as a “complainant” under the powerful “oppression remedy” provisions of Canadian corporate statutes, arguing that transactions involving the applicant company and its affiliates were oppressive to particular creditors?2

Until last year, no reported case had considered this question. A clear answer is now available thanks to two Ontario decisions, released a day apart in late December 2017. Monitors should not bring oppression actions without court authorization, and such authorization will only be provided in exceptional circumstances.3

As held by the Court of Appeal for Ontario in Ernst & Young Inc. v. Essar Global Fund Limited, 2017 ONCA 1014 [“Essar”], courts will consider at least the following three factors in determining whether a monitor should proceed with an oppression action:

(i) there is a prima facie case that merits an oppression action or application;

(ii) the proposed action or application itself has a restructuring purpose, that is to say, materially advances or removes an impediment to a restructuring; and

(iii) any other stakeholder is better placed to be a complainant.4

In the result, the Court of Appeal upheld the trial decision of Newbould J. which, for the first time in a reported Canadian decision (as far as the authors are aware), allowed a monitor to successfully bring an action for an oppression remedy. The remedy ordered by His Honour materially altered a major pre-filing transaction involving a critical asset of the applicant, a result which supported the overall restructuring efforts, but which detrimentally affected certain secured creditors.5

The day before the Essar decision was released, the Ontario Superior Court (Commercial List) issued a decision in the ongoing CCAA proceedings involving certain special-purpose real estate development entities within the Urbancorp corporate group, using a very similar analysis to that of the Court of Appeal in Essar, but arriving at a different result.

In Urbancorp Cumberland 2 GP Inc., Re, 2017 ONSC 7649 [“Urbancorp”], Myers J. denied a monitor’s motion for advice and directions as to whether a certain pre-filing transaction involving the transfer of condominium units by certain applicants (the “Transferring Applicants”) to a group of arms-length trade creditors (the “Trade Creditors”) in satisfaction of related party debt was oppressive to the other creditors of the Transferring Applicants and, if so, whether the Trade Creditors should be ordered to repay the value of the condominium units which they had received (and subsequently sold) back to the Transferring Applicants’ estate.

The reasoning of Myers J. on the issue of the monitor’s standing as an oppression complainant is similar to the three-part test articulated by the Court of Appeal in Essar. Myers J. held that:

(i) the Monitor had not shown evidence that could support an inference that the elements of oppression could be made out;6

(ii) the issue raised by the Monitor was really an inter-creditor issue, and the relief sought would not facilitate the restructuring process;7 and

(iii) the Monitor had not established “why [the oppression claim] was a fight for the Monitor rather than the creditors who stand to benefit from the claim.”8

In other words (specifically, in the words of the Court of Appeal’s test), Myers J. reasoned that: (i) there was no prima facie case; (ii) there was no restructuring purpose to the motion; and (iii) other stakeholders were better placed to be a complainant.

As a result of these two decisions, there are now clear examples of “what to do” and “what not to do” for CCAA monitors considering the oppression remedy.

As noted by Pepall J.A. in Essar, there has been considerable academic scrutiny of whether the oppression remedy is suitable in court-supervised restructuring proceedings.10

Pending any further appeal to the Supreme Court of Canada, the Essar result confirms that the oppression remedy remains available to monitors in exceptional cases and that, where the progress of the restructuring is at stake, the oppression remedy may be a powerful way of overcoming roadblocks.

That said, the recent decision of Myers J. in Urbancorp is a reminder that CCAA monitors should carefully evaluate a proposed oppression proceeding prior to initiating it. Proceeding prematurely, without initial court approval and without evidence supporting a prima facie case of oppression with a viable restructuring purpose, could lead to significant cost sanctions. Indeed, in Urbancorp, Myers J. ordered the monitor to pay the Trade Creditors $40,000 in costs, an unusual cost award to be levied against a monitor.

Taken together, the Essar and Urbancorp decisions (as well as the trial decision of Newbould J. in Essar) establish a principled framework for evaluating the monitor’s role as a representative litigant within CCAA proceedings, and the thresholds which monitors will need to be able to surpass in order to proceed with an oppression remedy proceeding. Insolvency professionals are encouraged to take note of these decisions and their implications going forward.

The Financial Services Group at Aird & Berlis LLP routinely acts for a wide variety of stakeholders in insolvency and restructuring proceedings. Details can be found on our Insolvency & Restructuring Law web page.

The authors of this piece acted for Cooltech Air Systems Ltd., et al, the respondent Trade Creditors who were successful in responding to the monitor’s motion regarding oppression in the Urbancorp (CV-16-11541-00CL) proceedings.

1 RSC, 1985, c C-36 (the “CCAA”).
2 See, for example, the Canada Business Corporations Act, RSC, 1985, c C-36, s. 241 (the “CBCA”). The oppression remedy provisions empower courts to make broad, often-creative orders that, among other things, can amend or unwind questionable transactions. In order for them to apply, the conduct at issue must have been oppressive, unfairly prejudicial to or in unfair disregard of the reasonable expectations of particular stakeholders: the leading case remains BCE v. 1976 Debentureholders, 2008 SCC 69.
3 The statutory basis permitting a court to order a monitor to depart from its neutral role and take action as a “complainant” in oppression proceedings is s. 23(1)(k) of the CCAA, pursuant to which a monitor may “carry out any functions in relation to the company that a court may direct.”
4 Essar, para. 123.
5 The “Port Transaction” involved the sale of certain port facilities owned by Essar Steel Algoma Inc. (“Algoma”) to a newly-incorporated company (“Portco”) owned by a common corporate parent (“Essar Global”). The sale was largely funded by a loan to Portco from GIP Primus, L.P. (“GIP”), secured against Portco’s assets. As part of the Port Transaction, Algoma and Portco entered into a Cargo Handling Agreement, pursuant to which Portco agreed to provide Algoma with cargo services at the port. At GIP’s insistence, the agreement contained a change of control provision providing that Portco’s consent was required to any change in control of Algoma. Since, in His Honour’s view, a change of control would be necessary to effect Algoma’s restructuring. Newbould J. reasoned that this clause effectively gave Essar Global (as parent of both parties) a veto over any successful plan of arrangement under the CCAA. In the result, among other things, the Cargo Handling Agreement was amended to alter the clause and remove Essar Global’s effective veto.
6 Urbancorp, para. 25. This is very similar to the first branch of the new three-prong test in Essar, requiring a prima facie case.
7 Urbancorp, para. 22.
8 Urbancorp, paras. 21 and 25.
9 Urbancorp, para. 19.
10 Essar, para. 111; see also Stephanie Ben-Ishai and Catherine Nowak, “The Threat of the Oppression Remedy to Reorganizing Insolvent Corporations” in Janis P. Sarra, ed., Annual Review of Insolvency Law, 2008 (Toronto: Carswell, 2009) 429. A main perceived threat is that the oppression remedy (which is not bound by particular lookback periods, other than applicable statutes of limitations) could be a more expansive substitute for existing reviewable transaction provisions dealing with preferences or transfers at undervalue, each of which are time-limited. The concern is that creditors transacting with a business long before the business enters the zone of insolvency could see their transactions reviewed several years after the fact.