Some Dos and Don’ts for Internal Workplace Accident Investigations 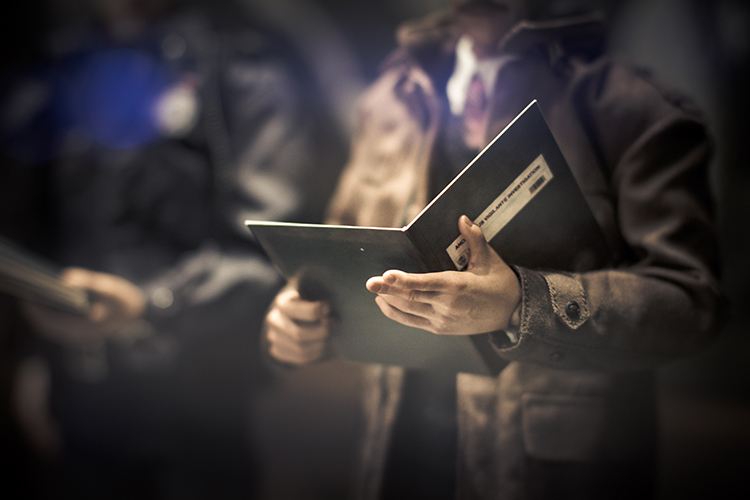 Last week marked the one year anniversary of one of the most important non-decisions that the Supreme Court of Canada (SCC) has ever made with respect to the conduct of internal accident investigations at workplaces. Its impact will likely be felt for years to come.

The case was Suncor Energy Inc. v. Her Majesty the Queen in the Right of Alberta, and it was a non-decision because the SCC declined to grant the company leave to appeal the lower court’s decision. In doing that, the SCC definitively instructed lower courts that the content of employers’ investigations into workplace accidents, even if undertaken in contemplation of litigation (i.e. a prosecution), will not automatically be protected by privilege. Rather, production of the content of employers’ internal investigations, depending on the documents in which they are found, could be compelled by investigators and used to convict the employers that create them.

Obviously this creates a problem. Companies need to investigate accidents so they can identify problems and make needed changes. At the same time, companies want to do everything they can to ensure that their reports don’t end up being used against them in court.

As is the case with most things, when one understands the problem, one can start to address it. In this article, we provide a brief overview of the law on privilege as it pertains to employers’ internal investigations into workplace accidents, and we map out some broad steps that companies may have available to them to protect their workplace accident investigations.

Suncor is the seminal non-decision on privilege and internal investigations into workplace accidents.

A Suncor employee was fatally injured at a worksite. Authorities commenced an investigation. So did the Company. The authorities, in their investigation, required the production of, inter alia, documents that had been created and/or collected during Suncor’s investigation. Suncor refused, claiming that the material was privileged.

The authorities asked the Court to order that Suncor produce the material. In considering the application, the Court accepted Suncor’s position that the internal investigation had been undertaken for the dominant purpose of contemplated litigation, and as a result it found that the associated documents were protected by litigation privilege.

The Province appealed and the Alberta Court of Appeal allowed the appeal. It found that the question had been improperly framed. The issue was not whether or not the investigation had been undertaken for the dominant purpose of litigation. Rather, the question was whether a specific document (or group of documents) had been created for the dominant purpose of litigation. As such, a review of each document was required.

What Does This Mean for Employers?

Employers have to recognize that they may end up being required to produce whatever documents they create or collect on an investigation.1 Privilege is not automatic, even when litigation is contemplated. For example, if a company conducts an investigation to identify the root cause of an accident – the interviews, analyses and conclusions related to that investigation could be producible. In our practice, we have seen this problem arise time and again where charges have been laid. All too often, companies end up being compelled to produce their investigation reports, and in turn they end up in the Crown disclosure. On more than one occasion, we have seen prosecutors take the position that internal investigation reports reflect admissions of guilt.

How Can Employers Protect Themselves?

Employers don’t really have a choice. They need to investigate accidents so that they can address operational and safety issues. That is just something that is beyond their control.

Having said that, employers can control the way that they conduct investigations, and how and what related records they create. It is in that respect that employers can take a few preliminary steps to try and protect themselves.

Employers have to be careful not to jump to any conclusions about what may have happened, and they certainly should not reduce such premature conclusions to writing.

Time and again, we have seen employers opine, or ask their workers to opine, on the cause of an accident in an initial investigation report. Then, after a detailed investigation is conducted, they end up discovering that the initial conclusion was wrong. Unfortunately, by then the damage may already have been done. First impressions tend to last.

Obviously there are times that written reports will have to be prepared and produced at the early stages of an investigation. For example, regulations under the Occupational Health & Safety Act, R.S.O. 1990, c. O1 require employers to provide reports to the Ministry of Labour within days of an accident, and those reports often have to explain circumstances of an occurrence and the steps that an employer is taking to prevent its recurrence. In those instances, unless there is absolutely no room for error, we recommend that such requirements be addressed by reporting only on absolute facts without commentary. The report should speak to the what, the where, the when and the who. It should not speak to the why. To address that, we recommend that the report explain that the cause of the incident is being investigated, and that any appropriate steps that may be identified will be implemented.

Second: Employers should consider maintaining privilege where they can.

There are two types of privilege that can apply to a workplace investigation: Litigation privilege and Solicitor Client privilege.

Litigation privilege was dealt with in the Suncor case. It applies to documents that have been created for the dominant purpose of litigation, and where it applies, companies can legitimately resist producing the protected documents to an inspector. Litigation privilege however may not protect documents that were created for operational purposes, or for dual purposes (i.e. operational and litigation purposes), and given that root cause analyses often have to be done irrespective of litigation, companies may end up facing an uphill battle in trying to protect their internal investigation reports.

Solicitor client privilege is different. It protects communications between clients and their lawyers that are made for the purpose of obtaining or providing legal advice. In the investigation context, there may be a number of ways that internal reports can be protected by solicitor client privilege. For example, if there is a workplace incident, the initial underlying facts will have to be collected by the company. Those facts are what they are and will never be privileged. However, the opinions or conclusions that may eventually drive a company’s reaction to an investigation are a separate matter. Those may be capable of being protected.

To that point, after a company has collected all of the facts, the next logical step is to consider potential responses. If the company set out its reasoning and proposed next steps in an internal report or memorandum, it wouldn’t be privileged unless it fit into the post Suncor narrowed litigation privilege category. However, if the company sets its thinking out in a letter to its counsel – that could be protected. For example, if the letter explains the company’s thinking for the express purpose of seeking the lawyer’s opinion as to whether or not the analysis and proposed steps adequately address the company’s civil or regulatory liability on a go forward basis, arguably, that communication is made for the purpose of obtaining legal advice, and on its face, it could be privileged.

Continuing on, there are certainly going to be instances in which an expert’s opinion is needed in order to develop and address next steps. In those cases, it may make sense for a company to set out the issue(s) to its lawyer in a letter, along the lines set out above, and to have the lawyer engage the expert(s) so that the lawyer can develop with the expert, and advise the company on, legally sufficient next steps. In that way, operationally-based expert analyses may also be capable of protection.

Third: Companies should always speak to their lawyer before deciding on a course of action.

The approaches set out above need to be carefully developed with counsel if they are going to have effect, and companies need to reach out to their lawyers to develop customized approaches that can work for them. Obviously not all investigations will need to be privileged. However, given that fine amounts for companies have tripled in the last year from a maximum $500,000 per count to $1.5M per count, there may be accidents that involve critical injuries or fatalities, in which the costs associated with taking steps to protect privilege are justifiable and should be made.

1 Occupational Health & Safety legislation provides inspectors with broad powers with which to compel production from employers.