Recent and Significant Decisions in Employment and Labour Law 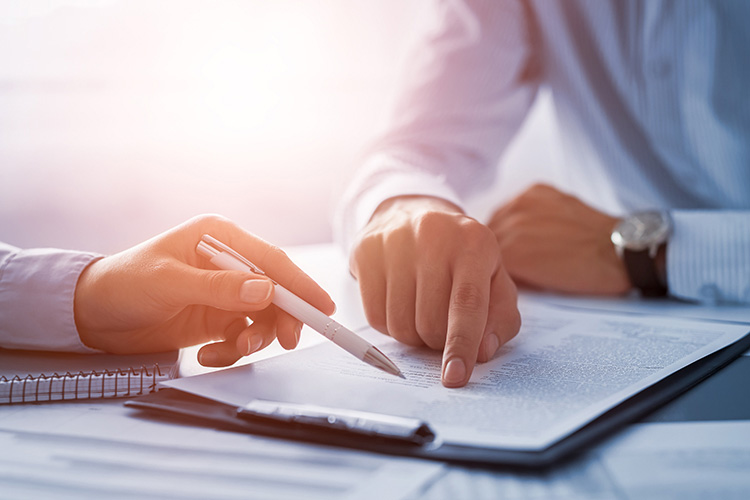 More and more commonly, employers are offering alternatives in how they compensate their employees, such as the granting of share options and restricted share units. When faced with interpreting which of these incentives an employee is entitled to upon termination in cases where the employee has contracted out of some of those entitlements, courts have struggled to provide judicial clarity. In principle, an employee is entitled to all wages, benefits and other forms of compensation that they would have received had they worked through their reasonable notice period. However, confusion can arise when employment agreements seek to limit those entitlements because of their termination.

In O’Reilly v. IMAX Corporation, the Court of Appeal for Ontario confirmed that unless there is express, clear and unambiguous language in an employment agreement or another document, such as a stock option plan, that limits an employee’s right to incentives during the reasonable notice period (as opposed to the just the “termination date”), the employer will have to pay damages equal to the value of those incentives to put the employee in the same position they would have been had the company provided a working reasonable notice period. In effect, an employee who is asked to leave immediately should be treated the same as an employee who may have to work their notice period. In short, ambiguity will be read against the employer and a purported restrictive clause will be rendered unenforceable.

Imax follows the trend of employee-friendly decisions, reinforcing the importance of employers making sure that their employment agreements are carefully drafted with the assistance of legal counsel.

In Rossman v. Canadian Solar Inc., an employee sued his former employer for wrongful dismissal following a without cause termination, arguing that the termination clause in his employment agreement, which stated that “benefits shall cease 4 weeks from the written notice” was contrary to the Employment Standards Act and therefore unenforceable.

The employer argued that the clause provided the employee with more generous benefits than those prescribed by the ESA if (an important if, as it turned out) the employee was terminated in the first three years of employment. Therefore, according to the employer, there was no violation of the notice period under the ESA.

The Ontario Court of Appeal held that it was very relevant as to whether the termination provision followed minimum standards in certain circumstances, but not others. Should the change at any time be offside the ESA, it places that change and contract in clear jeopardy. The Court also held that the clause was ambiguous because it promised both ESA minimums, but only to a maximum of four weeks. Ultimately, the Court upheld the motion judge’s reasoning, finding that the termination clause was void as it violated minimum legislated employment standards, which cannot be contracted out of.

Importantly, the termination provision contained a so-called savings provision, which stated that if the termination clause provided the employee with less than what the legislation required, the employee would receive, well, that which the legislation required. The Court found that the termination clause remained unenforceable, notwithstanding the purported “saving” language. In observing that “saving” provisions created a risk that vulnerable employees with unequal bargaining power will be exploited, the Court stated as follows:

Holding otherwise creates the risk employers will slip sentences, like the four-week benefits clause, into employment contracts in the hope that employees will accept the terms…. Moreover, it flouts the purpose of the ESA – to protect employees and to ensure that employers treat them fairly upon termination.

By doing so, the Court effectively put employers on notice that a termination provision which is counter to the ESA will not be “saved” by the Court.

In Canada Post v. Canadian Union of Postal Workers, the Supreme Court of Canada held that Canada Post is not obligated to inspect mail routes and destinations as part of its annual health and safety obligations under the Canada Labour Code.

In this case, the union filed a complaint with Human Resources and Skills Development Canada asserting that the joint health and safety committee failed to comply with s. 125(1) (z.12), stating that the work place included not just the mail depot, but all letter carrier routes and points of call. The Health and Safety Officer agreed with the union. However, the Appeals Officer rescinded that finding, holding that the workplace inspection obligation under the material section applied only to the part of the workplace over which the employer has “physical control”. Following decisions from the Federal Court and the Federal Court of Appeal, the Supreme Court heard the case, with a majority restoring the Appeals Officer’s decision on the grounds that his findings (and his ultimate exclusion of carrier routes and points of call from the employer’s inspection obligations) were consistent with the statutory context, and practical when considering the alternative.

The decision featured a strong dissent, which suggested that the Officer’s reasoning process was “deeply flawed” and his conclusion “unreasonable”. Concern was raised that in other federally-regulated contexts, the implications could be dangerous, and that just because an obligation was difficult for an employer to meet, did not mean that they did not have to meet it.

In any event, the decision is significant as employers consider the extent of, and their plans for, meeting workplace health and safety obligations.