Over Before it Began – Online Petition Halts Expropriation of Family Farmland 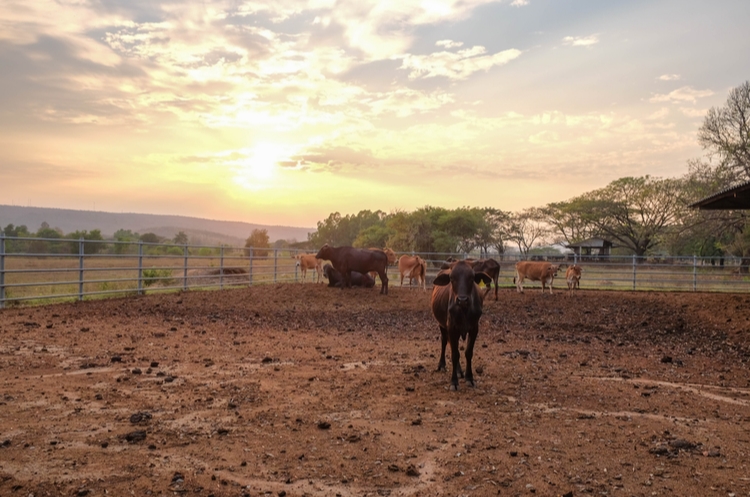 A proposal by the Halton Catholic District School Board (the “Board”) to expropriate farmland in the Town of Milton (the “Town”) was nipped in the bud after it was met with significant public backlash. The farmland in question has been owned and operated as a cattle farm by seven generations of the McCann family since the early 1800s. In an attempt to save their land, the McCann family started an online petition against the proposed expropriation by the Board. At this stage, the Board had served the McCann family with notice of their intention to expropriate the land, but had not yet had a formal hearing on the matter. The petition garnered over 37,000 signatures and galvanized community members to protest the Board’s planned expropriation. In light of the public’s response, the Board withdrew its proposal and chose to expropriate other lands instead, demonstrating the power that social media and online platforms can have within the context of expropriation proceedings.

How an Expropriation in Ontario is Formally Challenged

In addition to the formal route, as outlined above, there are other ways to challenge an expropriation, including an application to quash the by-law authorizing or approving the expropriation and an application for judicial review. An examination of these alternate routes is beyond the purview of this article and will be discussed in future publications.

The Power of Petition

In April 2018, the Board notified the McCann family of its intention to expropriate approximately 20 acres of their 200-acre cattle farm in order to build a secondary school. Rather than simply requesting a hearing of necessity to challenge the Board’s decision, the McCann family instead created an online petition against the Board’s proposed taking and called on the public for support. The petition highlighted the McCann family’s historical connection to the land, the potential health and safety issues that could be posed by situating a secondary school adjacent to a working cattle farm, and the fact that there was plenty of undeveloped land in the area that could serve as a more suitable site for the proposed school, among other considerations.

Remarkably, the McCann family’s petition garnered over a staggering 37,000 signatures and prompted calls and other public protestations to the Board. The overwhelming public response effectively obviated the need for a hearing of necessity and prompted the Board to withdraw its proposal. In reaching this decision, the Board recognized that it had not fully understood the impact the expropriation would have on the McCann family or the practical implications of building the proposed school next to a cattle farm.

Are Online Platforms the Future for Challenging Expropriations?

In 2013, in an expropriation of a family farm in Quinte West, Ontario, under the Federal Expropriation Act, the Department of National Defence (the “DND”) sought to expropriate farmland from an elderly farmer whose family had been working the land for over 200 years. The DND intended to use the land to build a new training and administrative campus for the Canadian Special Operations Forces Command.

In an attempt to stop the expropriation, the farmer started an online petition, despite the expropriation having already proceeded past the public hearing phase. The farmer’s petition garnered over 25,000 signatures and inspired significant support from the public. Regardless, the DND went ahead with the expropriation. Ultimately, in this instance, the family aspect and public outcry was not enough to outweigh the paramount interest of national security, especially in light of the optimal location of the farmland in question.

Online petitions and campaigns, including those conducted through social media, are most likely to succeed in a context where the expropriating body is a smaller municipality or school board. This is because the decision to expropriate land or not is, at that level, ultimately political in nature, insofar as those who are responsible for making the decision are publicly-elected officials. If a member of a council or school board feels their vote on the expropriation may have certain political ramifications, then their choice on how to vote may be impacted or influenced by public pressure. In this sense, an online petition or campaign can wield real power on a local political scale.

Further, the technique of using an online petition or campaign to influence the expropriation process will likely be most effective where there has not yet been an environmental assessment in relation to the land in question. Part of the McCann family’s argument regarding why their lands should not be expropriated relied on the undesirability of putting a school next to a working cattle farm and the potential health and safety risks this could present. If the Board had obtained an environmental assessment that attested to the fact that the land in question was the best option for the location of the school, then the McCann family’s argument on this point would have been less persuasive and, therefore, less capable of producing public pressure.

For an online petition or other social media campaign to have any real impact on a provincial or federal undertaking, a show of province-wide or national support would likely be necessary, since the decision makers in question have much larger and more spread out constituencies than local councils and boards. Further, at the provincial and federal level, the decision to expropriate is often made through a cabinet minister or public agency, which is more removed from the local political process than a local council or board. In other words, what would otherwise be considered strong public pressure on a local scale becomes diluted when the scale in question becomes provincial or federal. Often, it can be more difficult to conjure support on a provincial or national scale than it is on a local scale. As such, is likely that a petition or other social media campaign would not be as effective in the context of a provincial or national expropriation as it would be in the local context.

For landowners faced with the prospect of expropriation, it may be worthwhile to consider whether there are any particular details about the expropriation that, if brought to the attention of the public at large via an online petition or other platform, would galvanize the public against the expropriation. Such public pressure could impact the expropriation process and even obviate the need for a hearing of necessity. Of course, it will only be in very particular circumstances that such a course of action will have a likelihood of success; but, as the McCann family now knows first-hand, it is possible to significantly impact an expropriation process through the tactical use of social media and online platforms. As stated above, this technique will likely be most successful when the decision to expropriate is being made by a municipal council or school board, rather than a provincial or federal body, and where an environmental assessment has not been undertaken.

For expropriating authorities, the McCann case illustrates the importance of early research and communication of a potential expropriation in order to gauge not only the suitability of the proposed taking, but the likely public response. Committing resources during the planning phase of a potential expropriation to determine what is happening “on the ground” could avoid the expenditure of significant resources later should the practical realities of the lands in question require that a proposal be changed or even withdrawn. In other words, it is incumbent on expropriating authorities to consider the human impact of the proposed expropriation before going through all of the time and trouble of commencing proceedings under the Act.

Social media and online petitions were likely not on the Legislature’s mind when drafting the Act decades ago. The Act provides no guidance to claimants or authorities who either wield or respond to the power of these new technologies. It appears clear, however, that while social media and online platforms do have the potential to influence expropriation proceedings, such influence is not invariable and will only be applicable in very special circumstances. That being said, in those instances where the use of online platforms is likely to have a persuasive effect, the implications for landowners and expropriating authorities alike could be significant.