Contracting Out Construction Projects on Your Business’s Property

Limiting Your Liability Exposure Under the OHSA 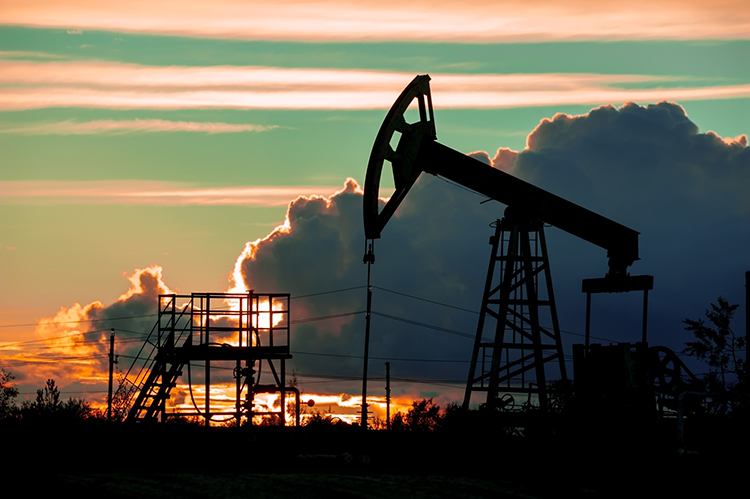 Businesses that hire contractors to perform work are liable for the health and safety of their contractors’ workers, even if the contractor was hired precisely because it has a particular expertise that the business doesn’t have. This has been the law in Ontario for nearly three decades now, and it all started with the release of the seminal decision of R. v. Wyssen.1

However, that law has begun to develop in a nuanced way. A recent decision of the Ontario Court of Justice, upheld on appeal, held that a business that hires a contractor to perform construction work on land or premises that the business owns or occupies may be able to subcontract construction work out without attracting liability for the health and safety of the contractor’s workers. The decision is R. v. Greater Sudbury (City).2

The City of Greater Sudbury (the “City”) awarded a road repair contract to Interpaving Limited (“Interpaving”). Under the contract, Interpaving was designated the Constructor and it agreed to comply with all applicable OHSA requirements. At the same time, the City retained the authority, if it chose to exercise it, to direct how Interpaving’s work was to be performed.

When work started on the project, the City sent out quality assurance inspectors to monitor the work. On one occasion, these inspectors found that Interpaving was working in a lit intersection without a paid duty officer. This was contrary to safety regulations. The inspectors raised this, and other points, with Interpaving and the problems were addressed. Unfortunately, the same thing happened again weeks later. This time the City inspectors were not there and, tragically, a pedestrian was run over and died.

The Ministry of Labour (the “MOL”) laid charges against Interpaving and the City under the Occupational Health & Safety Act (the “Act”). Interpaving pleaded guilty and was fined $195,000 plus the 25% Victim Fine Surcharge. The City pleaded not guilty and went to trial.

At trial, the MOL argued that the City was liable for Interpaving’s contraventions as the Constructor on the project because: the City had retained ultimate authority over the work under the contract; it had exercised control over the work through its inspectors; and it had paid for some services on the project directly (i.e. paid duty officers).

The trial judge rejected the MOL’s assertions and acquitted the City.3 She found that the City was not the Constructor. It hadn’t exercised control over the work, nor had it instructed Interpaving’s workers. Similarly, she found that the City was not an Employer on the project. It hadn’t supervised the work on the project, nor had it directed how the work was being done.

The trial judge’s decision was upheld on appeal.

Why is this case important?

Since the Ontario Court of Appeal’s 1992 decision in Wyssen, the definition of Employer under the Act has been read broadly so as to hold those who contract with independent contractors responsible as an employer of those contractors. As a consequence, anyone who has contracted for the services of independent contractors in Ontario in the past 27 years has been responsible to ensure that the contractor’s work proceeded safely in compliance with the Act. That is how the law has been applied, and how it has progressively evolved and expanded, for almost 30 years now.4

However, subject to what may happen on any further appeal(s), this decision appears to have opened the door to a fundamental change in how some specific businesses can control their liability exposure under the Act when they contract work out.

Specifically, it now appears that businesses that hire contractors to perform construction work on land or premises that they own or occupy5 can hire independent contractors to perform construction projects on their land6 without being held liable for any health and safety violations that the subcontractor may commit. Importantly though, it appears that this will only be the case so long as the businesses (i) don’t assume direct or indirect control over the work beyond ensuring quality control, and (ii) don’t supervise the contractor’s work.

While this may seem counterintuitive given the way the law has been applied in Ontario for the last 27 years, it is consistent with the courts’ previous findings that parties in workplaces should be held responsible for their sphere of operations only. Recognizing that if a business restricts itself to the role of an Owner under the Act, it ought not to be held to, nor ought it to attract liability for, a Constructor’s or Employer’s obligations under the Act.

What can businesses do going forward?

If a business intends to hire a contractor to perform construction work on land or premises that the business owns or occupies, it should:

At the same time, a business that hires a contractor to perform construction work on land or premises that its owns or occupies would be well advised also to ensure – at the time that it contracts with the contractor – that the contractor is properly qualified to perform the work, that there are appropriate health and safety program and policies in place, and that the workers who will be working on the project have been trained on that policy and program.

While there is never a guarantee that the MOL will not charge a business if there is an incident, if businesses in these circumstances take the steps noted above, while also overseeing quality control (which includes alerting the contractor to any deficiencies that are identified through that process), they will have gone a long way toward enhancing workplace safety and in protecting themselves should there be a contravention of the Act.

1 R. v. Wyssen ,[1992] O.J. No 1917 (OCA). Wyssen was a window cleaner who had a contract to clean windows on high rise condominiums. However, one of the buildings was beyond his capabilities. He worked around the problem by hiring an independent experienced window cleaner who had his own equipment. Wyssen had hired this subcontractor in the past to clean the same building without issue. He didn’t supervise the subcontractor, nor did he supply him with any equipment. The subcontractor didn’t rig his equipment properly, and he fell to his death. Wyssen was charged as his employer with failing to ensure that his worker’s (his subcontractor’s) equipment met regulated standards. The court found, at trial and at a first level of appeal, that Wyssen was not the employer of the subcontractor. However, the Court of Appeal reversed that ruling. It found that the OHSA definition of employer was to be read broadly so as to include those who contracted for the services of workers. Wyssen therefore was the subcontractor’s employer even though he didn’t control or supervise how his subcontractor did the work, or what equipment he used. The necessary implication of that was that Wyssen, as his employer, was obligated to oversee, and be responsible for, the safe execution of his independent subcontractor’s work.

3 A copy of the Trial Decision can be accessed here.

4 Most recently it was confirmed by the Supreme Court of Canada in West Fraser Mills Ltd. v. British Columbia (Workers’ Compensation Appeal Tribunal), 2018 SCC 22. In that case, a tree faller was fatally struck by a rotting tree while working within the area of a forest licence held by West Fraser Mills Ltd. West Fraser was not the direct employer. It had hired an independent contractor, who in turn hired the individual worker. At first instance, the Workers’ Compensation Board found that West Fraser failed as both an “employer” and an “owner” even though it was technically not the employer of the deceased worker. This was important because the Act only permitted administrative penalties to be levied against employers, and the finding allowed the Board to impose a $75,000 administrative penalty against West Fraser as an employer. The decision was upheld by the Supreme Court of Canada.

5 Owner is defined under s.1 of the Act to include a trustee, receiver, mortgagee in possession, tenant, lessee or occupier of any lands or premises used or to be used as a workplace, and a person who acts for or on behalf of an owner as an agent or delegate.

6 Project is defined under s.1 of the Act to mean a construction project, whether public or private, including (a) the construction of a building, bridge, structure, industrial establishment, mining plant, shaft, tunnel, caisson, trench, excavation, highway, railway, street, runway, parking lot, cofferdam, conduit, sewer, watermain, service connection, telegraph, telephone or electrical cable, pipe line, duct or well, or any combination thereof, (b) the moving of a building or structure, and (c) any work or undertaking, or any lands or appurtenances used in connection with construction.