Application to Replace a CCAA Monitor Denied for Lack of Standing 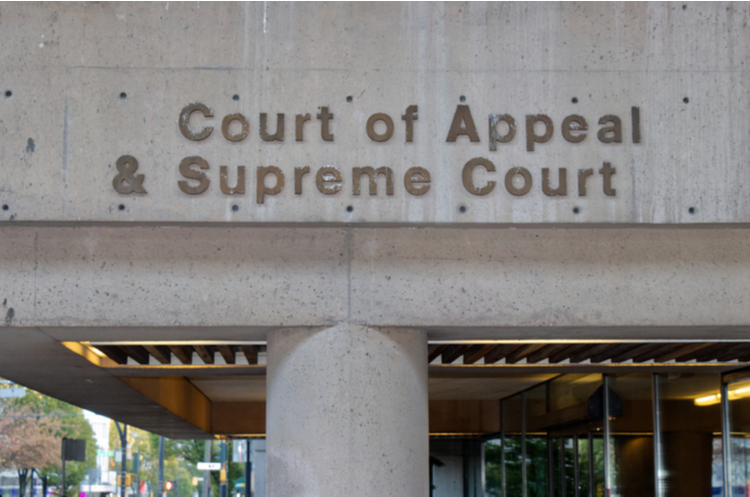 On October 10, 2019, the Supreme Court of British Columbia (the “BCSC” or the “Court”) released its decision in 8640025 Canada Inc. (Re)1 (“8640025 Canada”), denying an application to replace the monitor (the “Monitor”) in a Companies’ Creditors Arrangement Act2 (the "CCAA") proceeding because the applicant was not a creditor and therefore had no standing to bring such an application.

8640025 Canada appears to be the first reported decision to address the application of 11.7(3) of the CCAA, which came into force with the 2009 amendments and reads:

On application by a creditor of the company, the court may, if it considers it appropriate in the circumstances, replace the monitor by appointing another trustee, within the meaning of subsection 2(1) of the Bankruptcy and Insolvency Act, to monitor the business and financial affairs of the company.3

In November 2016, 8640025 Canada Inc. (“864”), among other petitioning entities, obtained an initial order under the CCAA. In a Court-approved claims process run by the Monitor, 864’s former parent, Teliphone Corp. (“Teliphone”), had failed to submit its proof of claim until over three months after the claims bar date (the “Claims Bar Date”).4 The Monitor did not accept that out-of-time proof of claim. Teliphone subsequently brought an application for replacement of the Monitor, paired with an application for a declaration that it was a secured creditor. The BCSC adjourned the latter application until such date as Teliphone might bring an application for an extension of the Claims Bar Date.5

Since Teliphone’s proof of claim was barred for being out of time, and since Teliphone had not (yet) applied for an extension of the Claims Bar Date, the BCSC held that, for the purposes of deciding on the application for replacement of the Monitor, Teliphone was not a creditor and therefore did not have standing to bring such an application under subsection 11.7(3) of the CCAA. Accordingly, the BCSC dismissed Teliphone’s application to replace the monitor.6

In obiter dicta, the BCSC listed four reasons why it would not be appropriate to substitute the Monitor so late in the CCAA proceedings, even if Teliphone had, or was deemed to have, successfully brought an application for an extension of the Claims Bar Date and was declared a secured creditor with standing.7 The first reason was that the Monitor had not conducted itself in an inappropriately adversarial manner or otherwise engaged in any impropriety.8 Teliphone argued that a “fresh set of eyes” was required to “lead to resolution of all of the disputes” because the Monitor had “caused long delay and great cost” and had failed to act impartially when it took “an excessively adversarial role” in responding to Teliphone in a series of Court hearings dealing with Teliphone’s property claims.9 The Monitor had found early on that the petitioners and their related parties, including 864’s former parent, Teliphone, were so closely intertwined that it was impossible to depend on the books and records of the petitioners to determine ownership of some assets. The Monitor therefore conducted a Court-approved property claims process in the fall of 2017 to determine what assets it could sell in the CCAA proceedings under the receiver-like, “super-monitor” powers it had by then been granted.10 When the Monitor rejected the property proofs of claims submitted by Teliphone in that process, Teliphone appealed to the BCSC. When the BCSC rejected its appeal, Teliphone appealed further to the British Columbia Court of Appeal (the “BCCA”), which appeal was allowed on a narrow question of the appropriate standard of review and remitted back to the BCSC.11 Upon reconsideration, the BCSC once against rejected Teliphone’s appeal of the Monitor’s decision. That second BCSC decision was also appealed and the BCCA this time dismissed Teliphone’s appeal in a decision released on December 27, 2019.12 On the present application, the BCSC noted that Teliphone did not offer any evidence that the Monitor had caused the “long delays and great costs” due to these multiple appeals.13 The BCSC also appears to have accepted the argument of one of the responding creditors that the Monitor’s lead role in these appeals was appropriate given the “super-monitor” powers it had by then been given.14

The second reason given by the BCSC, in obiter dicta, why it would not be appropriate to substitute the Monitor was that Teliphone had not offered any evidence that the proposed substitute monitor was qualified for the role.15 The third reason was that the expense and delay that would be caused by substituting a new monitor so late in an “already costly and protracted” proceeding was not justified.16

The fourth and final reason given by the BCSC, in obiter dicta, why it would not be appropriate to substitute the Monitor was a concern that the proposed replacement monitor would find itself in a conflict of interest.17 Teliphone had argued, in support of its application, that its proposed replacement monitor was prepared to take on the role without a Court-ordered administrative charge and would, instead, rely on Teliphone for payment of its fees. The idea of a monitor “entirely dependent” on Teliphone for its fees was, however, not attractive to the BCSC.

Implicit in the BCSC’s obiter dicta is a rejection of Teliphone’s argument that it was not necessary to show any cause for replacing the Monitor.18 In this regard, the BCSC appears to have accepted the argument of one of the respondent creditors that, when asked to replace a CCAA monitor late in a CCAA proceeding because of an alleged conflict of interest, a court must balance the risk to creditors arising from the potential conflict against the inevitable prejudice to creditors arising from the delay, duplication of effort and high costs that would result from the substitution.19 As discussed above, such concern over expenses and delays was expressed in the BCSC’s third obiter dicta reason.

It should be noted that, in contrast to a request to replace a monitor late in a CCAA proceeding, a court may not require a creditor asking for replacement to show any cause if the request comes at the outset of a CCAA proceeding, such as at a comeback hearing. In Re Nelson Education Ltd., the Ontario Superior Court of Justice (Commercial List) held that, where a creditor sought replacement of the monitor on a comeback hearing, the onus remained on the CCAA applicants to justify their initial choice of monitor, without any onus lying on the creditor to show that the applicants’ choice was inappropriate.20 In such a situation, instead of applying subsection 11.7(3) of the CCAA, the court would still be applying only subsection 11(2) of the CCAA, which sets out the restrictions on who may be appointed as monitor.21

3 CCAA, supra note 2 at 11.7(3); enacted by An Act to establish the Wage Earner Protection Program Act, to amend the Bankruptcy and Insolvency Act and the Companies' Creditors Arrangement Act and to make consequential amendments to other Acts, SC 2005, c 47.

15 Ibid, at paragraph 54(b). While section 11.7 of the CCAA sets out a series of disqualifying criteria, it only sets out one prerequisite for appointment as monitor: being a licensed trustee. In basing a decision whether or not to appoint a monitor on criteria such as relevant experience or expertise, a CCAA court would therefore be exercising its statutory discretion under section 11 to “make any order that it considers appropriate in the circumstances.”

21 In such situation the court could, of course, also apply its general discretion under section 11 of the CCAA, as discussed in note 15 supra.