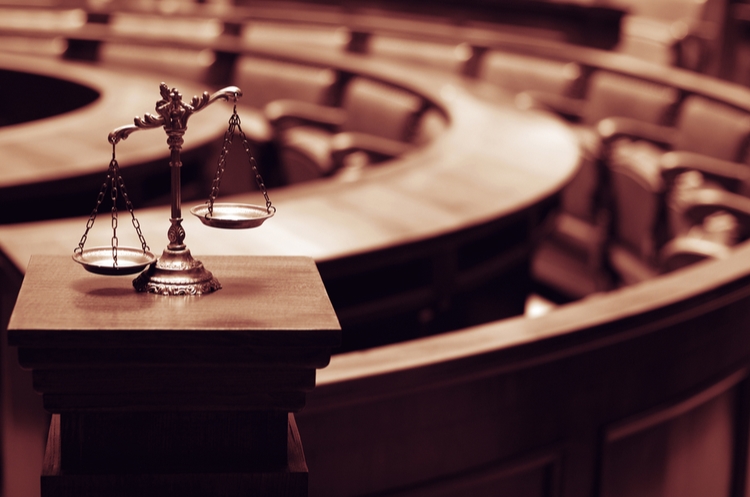 SLAPP in a Nutshell

In November 2015, the Protection of Public Participation Act became law in Ontario and gave defendants a tool to quickly dispose of a SLAPP lawsuit. Strategic Lawsuits Against Public Participation (“SLAPP”) lawsuits are those brought for ulterior motives, namely to silence and/or financially punish critics who are expressing themselves in matters of public importance.

“Litigation can be a potent weapon in the hands of the rich and powerful.”

On August 30, 2018, the Ontario Court of Appeal released six decisions involving Ontario’s anti-SLAPP legislation. The six appeals were heard together. These decisions present a roadmap of the ambit of the new anti-SLAPP law.1

Detailed Discussion of the Six Cases


170 Ontario Ltd. is a developer. Pointes Protection Association is a not-for-profit corporation created in order to oppose a 170 Ontario Ltd. development project. Both parties entered into a contract whereby Pointes agreed to not bring legal action in opposition to the project.

Subsequent to this contract, Pointes participated in an Ontario Municipal Board hearing and spoke against the 170 Ontario project. The project was denied by the Board, partly based on Pointes’ testimony. 170 Ontario commenced an action against Pointes for breach of contract.

Pointes brought SLAPP motion. In the original action, the SLAPP motion was denied. That order was overturned on this appeal. The Court of Appeal found that the contract did not prevent Pointes from speaking out against the development at the Board. The action for breach of contract was a SLAPP.


Able is a large company that provides translation and other language services. Express is a small company in the same business. One principal of Express made a series of online posts about Able. One Facebook post was highly critical of a political candidate who had previously been an executive at Able. The criticism focused on the candidate’s relationship to Able.

Able commenced an action against Express for defamation. Express brought a SLAPP motion. In the original action, the SLAPP motion was granted and the entire action was dismissed. This order was upheld on appeal. Despite the fact that the communication was critical of Able, it was protected because it was primarily aimed at the candidate, and was thus political speech.

During the course of the campaign, McSloy and some of her team members made claims about Armstrong. Corus Media published some of those claims in the course of reporting on the election. Armstrong commenced an action against the respondents for defamation. All respondents brought a SLAPP motion.

In the original action, the SLAPP motion was denied. That order was overturned on appeal and the entire action was dismissed. The Court found that Armstrong’s lawsuit was a SLAPP. The Court of Appeal placed great weight on the fact that the communication was in the context of a political election.


Fortress is a firm involved in real estate finance. Rabidoux is an individual who provides analysis on the real estate market. Rabidoux published a series of claims and observations about Fortress online. The parties entered into a contract whereby Rabidoux would cease to publically comment on Fortress’ business.

Rabidoux continued to tweet about Fortress. Fortress commenced an action against Rabidoux for defamation and breach of contract. Rabidoux brought a SLAPP motion.

In the original action, the SLAPP motion was granted and the entire action was dismissed. That order was upheld on appeal. The Court of Appeal held that a contract could not ‘gag’ Rabidoux from speaking publically by providing information to the investing public.


Platnick is a doctor who is often employed by insurance companies to prepare and review medical assessments in the context of personal injury disputes. Bent is a leading personal injury lawyer.

Bent published an email through a mailing list, allegedly casting some doubt over Platnick’s professional integrity. Platnick commenced an action against Bent for defamation. Bent brought a SLAPP motion.

In the original action, the SLAPP motion was granted and the entire action was dismissed. This order was overturned on appeal and the action was sent back to the Superior Court and ordered to proceed. The Court of Appeal found that the damage to Platnick’s reputation was sufficient to outweigh the value of protecting Bent’s speech.

Storey appealed an order from the Superior Court dismissing his SLAPP motion. Storey is a person responsible for a fatal car crash that killed another individual. The Veneruzzo family are related to the deceased individual.

After Storey completed his prison sentence, he published a series of posts on his personal Facebook account. In these Facebook posts, Storey attempted to blame the victim for the car crash. Veneruzzo brought an action for libel and other claims. Storey brought a SLAPP motion.

In the original action, the SLAPP motion was dismissed. That order was upheld on this appeal. The court found that Storey’s online postings related to the car accident may have been ‘interesting to the public,’ but were not a matter of public interest for the purpose of a SLAPP analysis.

Interpreting Anti-SLAPP Legislation – How the Courts Will Apply This Rule

Although most of the interpretive work is set out in the Pointes decision, the six decisions together offer considerable guidance on how section 137.1 will be interpreted by the courts. The courts must work through multiple analytic steps to assess the merits of a SLAPP motion.

The first step requires that the mover of the SLAPP motion shows two things on a balance of probabilities (Pointes at 52). First, the mover must show that the proceedings brought by the respondent to the SLAPP motion arise from an expression made by a mover: “A legal proceeding arises from an expression if that expression grounds the plaintiff/respondent’s claim in litigation.” (Pointes at 52). Expression is defined broadly in subsection 137(2) of the Courts of Justice Act.

Under subsection 137.1(4)(a), the merits-based hurdle, there are two distinct components. The respondent must show that his or her action has a) substantial merit, and that b) the mover has no valid defence in the proceedings.

It is important to note that the evidentiary requirements at this stage are tailored to the context of the motion. A SLAPP motion is intended to be brought at an early stage of a proceeding. The motion records brought by the parties will necessarily be limited (Pointes at 77).

With respect to the question of “substantial merit,” the motion judge must not ask whether he or she actually thinks that a claim will succeed. Rather, the motion judge must only determine whether the claim “is shown to be legally tenable and supported by evidence which could lead a reasonable trier to conclude that the claim has a real chance of success” (Pointes at 80).

With respect to the “no valid defence” question, the inquiry by the motion judge is similarly limited. The mover is not required to manufacture a full defence to the allegations. The mover must simply “put a defence in play” in order to satisfy this requirement. Subsequently, “the persuasive burden moves to the [respondent]/plaintiff to satisfy the motion judge that there are reasonable grounds to believe that none of the defences put in play are valid” (Pointes at 83).

Under subsection 137.1(4)(b), the public-interest hurdle, the respondent must demonstrate that the harm suffered as a result of the mover’s expression sufficiently outweighs the public interest in protecting that expression. There are several elements that must be satisfied to pass this hurdle.

The term “public interest” in this context captures two elements of the public interest; that of protecting the mover’s expression, and that of allowing an aggrieved party to have their day in court (Points at 54). This is an important balancing exercise that must be undertaken, which is described as the “heart of Ontario’s Anti-SLAPP legislation” (Pointes at 86).

One method of inquiry that may assist a motion judge in conducting this balance is provided in the Platnick decision. The court may asses the indicia of a typical SLAPP. The indicia of a SLAPP suit include:

Depending on the claim before the court, the motion judge may be required to address both the merits-based hurdle and the public interest hurdle. This was the case in Pointes, where the interpretation of a contract was at issue. In that case the court noted that the outcome of the balancing exercise naturally flowed from assessing the merits of the claim. That is to say, if there was no breach of contract, there was no harm and vice versa (Pointes at 93).

However, each of the other five decisions released dealt with questions of defamation or libel. These are more “straightforward” SLAPP cases, where the subsection 137.1(4)(b) “public interest hurdle” may be dispositive of the entire motion (Pointes at 99). In those cases, if the court finds that the expression is not worthy of public interest protection, the SLAPP motion will end.

SLAPP motions have their own costs regime. Pursuant to subsection 137.1(7), if the mover is successful in their motion, the mover is entitled to costs of the motion and the original proceeding on a full indemnity basis, unless the judge determines it would be inappropriate in the circumstances.

On the other hand, pursuant to subsection 137.1(8), if the motion fails, the respondent is not entitled to the costs of the motion unless the judge determines that such an award is appropriate in the circumstances.

In a typical case, costs are awarded in conjunction with the result of the litigation. This is not the case with SLAPP motions, where the legislation gives protection for a failed, but good-faith motion. However, according to the Court of Appeal, this is consistent with the rationale behind Anti-SLAPP legislation. The court writes: “these sections are designed to encourage defendants, who have been sued over expressions on matters of public interest,” to seek early dismissal (Veneruzzo at 38).

Moreover, subsections 137.1(7) and 137.1(8) should be viewed as the baseline. Under these sections, the motion judge retains considerable discretion with respect to costs on a SLAPP motion. That discretion should be guided by the same considerations that “guide the exercise of discretion with respect to costs in other civil proceedings,” including the factors set out in rule 57.01 of the Rules of Civil Procedure (Fortress at 63).

In the decision in Veneruzzo v. Storey, the motion judge exercised his discretion in favour of the respondents. They were awarded costs on a partial indemnity basis. The motion judge in that case determined that the lawsuit itself bore none of the indicia of a SLAPP. Given the circumstances, the respondents “could not be criticized” for initiating a lawsuit (Veneruzzo at 35). Moreover, the motion judge determined that the mover’s argument that his comments were matters of public interest lacked merit. Given those facts, the judge was willing to exercise his discretion.

The decision in Fortress Real Developments Inc. v. Rabidoux also demonstrates the court’s discretion. In that decision, the motion judge declined to award the successful mover, Rabidoux, costs on a full indemnity scale. This cost award was overturned on appeal, where the Court of Appeal re-instated the full indemnity cost award. The Court of Appeal noted that the respondent, Fortress, did not demonstrate that costs on a full indemnity basis would be inappropriate. This infers that there is a persuasive onus on a party seeking to deviate from the costs baseline.

1 Johnson v. Rakhmanova, 2018 ONSC 5258, another SLAPP case, was released on September 27, 2018. This case featured two self-represented litigants in a dispute over song rights. Johnson brought an action against Rakhmanova for defamation, and Rakhmanova brought a SLAPP motion in response. Justice Kane summarily dismissed the SLAPP motion because the case did not pertain to a “matter of public interest.” Interestingly, the decision did not refer to Pointes or any of the six decisions discussed in this paper.