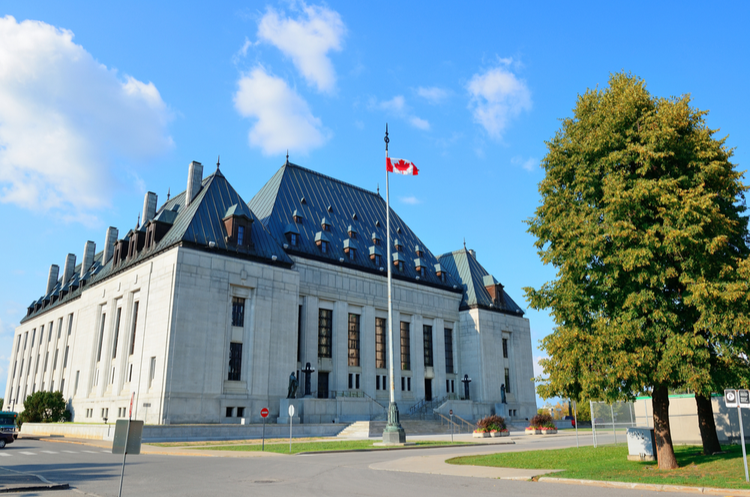 It is well accepted that patentees looking to obtain interlocutory or interim injunctions against alleged infringers have a tough road ahead of them since the granting of such relief by Canadian courts has been very uncommon. However, it is not impossible as both a provincial and a federal court have recently decided in favour of granting the relief.

In this case, Arysta sought an interim injunction to prevent AgraCity from selling and distributing a herbicide which Arysta claims infringes its patent. As part of the claim and requirement for obtaining the interim injunction, Arysta also claimed that the matter is urgent because the peak season for selling and distributing this type of herbicide is now, just prior to the planting season.

The legal test for interim or interlocutory injunctions is a difficult one, requiring that the plaintiff satisfy three criteria: (1) that there is a “serious question to be tried”; (2) that the plaintiff will suffer irreparable harm if an injunction is refused; and (3) that the balance of convenience favours granting the injunction to the plaintiff. It is typically the irreparable harm hurdle that is the most challenging criterion to satisfy, since it is generally believed that the harm caused by the infringement can be quantified and repaired by the awarding of damages. In claiming irreparable damages, the plaintiff needs to provide “clear, convincing, and non-speculative evidence that such harm will be caused by the infringement” [21].

The patent at issue was Canadian Patent No. 2,346,021 directed to a selective herbicide composition of flucarbazone sodium (70% by weight water dispersible powder or granule) and its use. With AgraCity recently receiving approval of a generic version of Arysta’s granular herbicide and given the similarity between the two products, the first prong of the legal test was considered met by the court.

In respect of the second prong of “irreparable harm,” Arysta successfully overcame this hurdle by putting forward a substantial record of evidence in support of its claim, including evidence from a private investigator about the financial circumstances of AgraCity (i.e. a substantial risk that AgraCity would not be able to pay a damages award if they were found liable for infringement at trial) and an expert’s report on the economic impact AgraCity’s generic product would have in respect of estimated financial losses to Arysta (i.e. estimated losses of $1.8 – $2.0 million by introduction of AgraCity’s generic herbicide). Unfortunately for AgraCity, it did not provide nearly the same evidence in support of its opposition to the interim injunction, which weighed in favour of Arysta.

Finally, in respect of the third prong, the court was convinced that this was satisfied based on the facts before it. The court noted that in addition to “the expert evidence that the harm to [Arysta] through lost sales and other effects would be greater than the harm to AgraCity of a delay in launching its product” [75], AgraCity was given “notice from Arysta about its patents and its intention to enforce them,” but AgraCity still “went ahead with its marketing and sales plans without taking any steps to “clear the way,” either by challenging the validity of the patent or by seeking license from Arysta.” Thus, the court felt that AgraCity “deliberately took the risk with its eyes open to the possible consequences” [79].

In satisfying all three steps of the legal test, the court granted the interim injunction requested by Arysta such that “AgraCity should not be allowed to launch its product at this time, pending a disposition of the interlocutory injunction or determination of the patent infringement action,” thereby keeping AgraCity out of the market for the growing season [80].

Thus, this case reinforces that, despite the rarity of granting interlocutory or interim injunctions in Canada, a positive outcome in such cases may be possible if the patentee provides the court with “clear, convincing, and non-speculative evidence” by, for example, a detailed record of facts in support of harm to be suffered by the patentee by way of the infringement. Cases such as these provide incentive for patentees concerned about the possibility of enjoining alleged infringers prior to infringement proceedings, as well as for prospective patentees interested in filing patents in Canada and subsequently enforcing their patent rights.