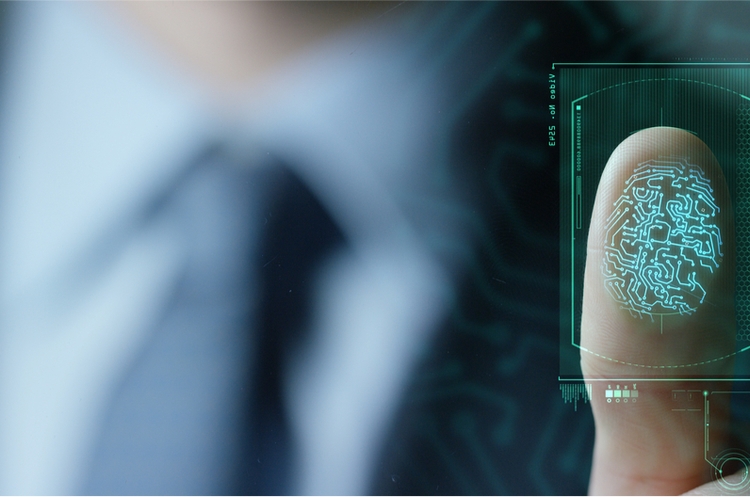 Advancements in technology have greatly expanded the types of biometric information that we are readily able to collect from individuals, as well as the ways in which such biometric information can be used. Facial structure, fingerprints, speech patterns, voice recognition, iris composition and retinal scans, gait, hand geometry, vein patterns and even body odour are all biometric identifiers. The purposes for which biometric data may be used to identify or authenticate an individual may be broadly divided into four categories:

However, the characteristics which make its use ideal for identification or authentication are the same characteristics which raise concern among privacy advocates. These concerns centre around the high risks associated with the wrongful disclosure, theft or misuse of biometric information. The severe consequences of these risks require the biometrics industry and the private and public sector working with biometric technologies to strictly adhere to existing privacy legislation and to work with government authorities to revise regulatory frameworks to ensure this highly-sensitive information is adequately protected from misuse and theft.

The collection of unique and unchangeable information about individuals, its storage both in Canada and internationally, and its use (as intended and for secondary purposes) have fuelled discussion about how Canadian privacy laws should be applied to biometrics and the technologies surrounding its use.

In Canada, the federal public sector is governed by the federal Privacy Act.1 In respect of biometrics, the Privacy Act may not provide protection as extensive as that found in PIPEDA (see below), as it limits the definition of ‘personal information’ to information that is ‘recorded in any form.’ Biometric data, then, is only protected by the Privacy Act if it has been recorded in some form, e.g. if it has been converted into written data or stored as a recorded image. Accordingly, as discussed below, traditional methods of storing biometric data as images may be captured by the Privacy Act; however, the act of monitoring individual biometric characteristics is not. In response, the Office of the Privacy Commissioner of Canada has recommended that the Privacy Act be amended, stating that unrecorded information “... can yield intelligible information about identifiable individuals [and] [a]s such, it should have legal protection.”2

British Columbia, Alberta and Quebec each has its own private sector privacy legislation regulating the flow of personal information within provincial borders.4 Several investigations and cases in each jurisdiction have examined the use of biometrics, whether collected in respect of customers or employees. In Alberta, an Edmonton nightclub required its employees to scan their thumbprints into biometric scanning systems, but the nightclub did not inform the employees how the technology worked and how it collected information. Although the Alberta Information and Privacy Commissioner determined that the scanning system was not an invasion of privacy, it was found that the nightclub had not properly complied with paragraphs 15(2)(c) and 18(2)(c) of Alberta’s Personal Information Protection Act. These sections place a duty on organizations to specify the personal information which is being collected and used, in addition to the purpose for the activity.5

In another Alberta case, privacy concerns were raised with the Commissioner after a nightclub employee scanned the complainant’s drivers’ licence information into a database without his consent when he wished to enter the establishment. Rather than verify the complainant’s age, the scanner took a digital picture of his licence, which was automatically stored in a ‘SecureClub ID System.’ The Commissioner held that the nightclub had failed to comply with the requirements of subsections 11(1) or 11(2) of PIPA, and concluded that the collection of such personal information was not reasonably related to the nightclub’s purpose.6

These fair information handling practices constitute the general standards governing the collection, use and disclosure of personal information. Guidance surrounding specific compliance obligations is developed through the ‘findings’ and ‘rulings’ of various privacy commissioners across Canada.

In both instances, the Privacy Commissioner applied the test found under subsection 5(3) of PIPEDA, which evaluates the appropriateness of the purpose expressed for collecting the personal, in this case biometric, information. The test asks the following four questions:

These cases demonstrate that the use of biometric data is not prima facie problematic in Canadian privacy laws. If collected and protected correctly, using advanced and secure technologies, biometrics may lead to better identification than current password or cardholder-based protection systems. Unlike a password (which is easily forgotten) or an access card (which can be lost or stolen), you carry your biometric data with you wherever you go. In theory, only you would be able to produce your own biometric data for authentication purposes.

However, since the fair information handling practices are fairly general and illustrated through fact-driven scenarios detailed in ‘findings’ and ‘rulings’, organizations are left to apply the fair information handling practices to their own business processes, rather than having concrete guidance and rules enumerated under Canadian privacy legislation. In the face of new technologies, including new types of biometric data, it can be challenging for companies to apply general principles into unchartered territory. This may mean that companies are reticent to move in new directions of better and more secure biometric technology. As discussed below, the personal information of individuals may be left vulnerable to privacy breaches because of a loyalty to the use of traditional and existing biometric technologies and because of traditional approaches to the collection, use and disclosure of biometric data under the current forms of privacy legislation. A breach involving biometric data can have very significant consequences that are not easily rectified.

The very factors which make biometrics so useful are also those which make it so essential that privacy legislation requires organizations to adhere to high and specific standards for its protection. Biometric information is unique to each individual and remains relatively unchangeable. If a security breach results in the theft of biometric information, whether of one individual or thousands, managing the risk of harm to those affected is not as simple as cancelling a credit card or changing a password.

Accordingly, privacy commissioners and advocates have begun to examine different processes for collecting, storing and using biometric data. Biometric identification or authentication often uses a ‘one-to-many’ comparison, meaning that the information is compared to others in a larger database of information to find a match.13 For the purposes of this type of comparison, biometric identification involves the collection of information from one individual. The biometric information (in the form of data, a biometric template or image) is attached to a specified individual and is stored in Canada or elsewhere in the world. This stored information becomes a unique identifier for that individual. The storage of biometric information on large pools of individuals, where unique and intensely personal identifiers are linked directly to individuals within that pool, does not lend itself to ensuring the privacy and security of the individual’s personal information, and raises concerns about the misuse or secondary use of the biometric data being stored.

This technology often uses a ‘one-to-one’ approach, which means that the information is about one individual and is stored and ultimately compared with a live sample provided by one individual. This allows for control of biometric information to rest with the individual to whom it belongs.15 It cannot be worked backward to access biometric information about an individual, and can be revoked or cancelled if the system is compromised. Accordingly, even if the system were to suffer a privacy breach, the individual’s data would remain secure.16 Advancements in the field of untraceable biometric technology have moved the use of biometrics much closer to this incorruptible ideal.

Though such untraceable biometric technology exists, it is rarely used. The Ontario Privacy Commissioner has identified various reasons, particularly in the public sector, for the sparse use of this newer technology. In part, the reliance on the traditional collection and storage of traceable biometric information results from the newness of the more advanced technology. More advanced untraceable biometric technologies are unfamiliar and less understood, tend to be unsuitable for application in every context and, as with many new technologies, may appear prohibitively expensive to businesses evaluating their security needs and attempting to meet the minimum privacy compliance threshold required by law.

We note as well that infrequent use of biometric technologies means that they remain fairly untested, in respect of the application of ‘fair information handling practices’ in the ‘findings’ and ‘rulings’ made pursuant to applicable privacy legislation. Accordingly, companies subject to privacy legislation, whether federal or provincial, may be hesitant to move in this newer direction without more concrete standards and guidance. The Ontario Privacy Commissioner has also suggested that privacy advocates and the Canadian public as a whole have not applied sufficient pressure in requiring the use of this more secure biometric technology from the public and private sectors.17

The use of biometric information and the development of biometric systems to process such personal information has been increasing exponentially in the last decade. It is still relatively new and is continuously being analysed, reviewed and modified. As this technology develops and changes, along with the forms of biometric information being collected, used and disclosed, it will undoubtedly be further scrutinized for accuracy and efficiency.

In theory, the use of biometric data for identification or authentication purposes is ideal. However, the broad principles upon which Canadian privacy legislation are based, with general standards for compliance coming in piecemeal form, largely through ‘findings’ and ‘rulings’, render the current existing privacy regulatory framework inappropriate. Organizations are left to implement privacy legislation in a significant vacuum of direction and concrete compliance requirements.

There are various arguments in favour of leaving the determination of detailed standards relating to the collection, use, disclosure and security of biometric data to the organizations handling such data. Some arguments are more persuasive than others. In part, the general standards on which Canadian privacy laws are based allow for flexibility in adapting to new technologies. However, this flexibility also means that with each new technology and each new type of personal information collected or used, organizations are left to determine, within the framework of broad principles forming the basis of Canadian privacy laws, what is ‘reasonable’ and what is not. Practitioners working with privacy compliance issues are all too aware that decisions by organizations about what security measures and privacy practices to implement for the protection of personal information are largely determined by the present tangible costs companies will incur, particularly in a tight economy. Given the personal and unchangeable nature of biometric data, coupled with the fundamental problems that can arise from its misuse or theft, leaving issues such as requisite security measures to individual organizations is unacceptable. Rather, Canadian privacy legislation must be adapted and reworked to change with the technology, provide concrete guidance to companies subject to its provisions, and ensure that the biometric information of Canadians remains adequately protected.

9 See PIPEDA Case Summary #2004-281. This case was also considered by the Federal Court of Canada when a section 14 application was brought under PIPEDA in respect of the same matter.

12 For the exceptions to the consent requirements, see PIPEDA subsection 7(1).

17 For discussion of these and other reasons that Untraceable Biometrics has been used less often, see Biometric Encryption, p. 11. Also, see recent information released by Citizenship and Immigration Canada on its pilot biometrics project for temporary residents entering Canada, which requires a photographic image and the enrolment of ten fingerprints before arrival in Canada, to be compared with the individual’s biometric information on arrival. See Citizenship and Immigration Canada, ‘Temporary Resident Biometrics Project,’ available online at www.cic.gc.ca/english/department/media/backgrounders/2009/2009-06/18.asp.