Towards the Future: Where Will Sports Betting Go From Here? 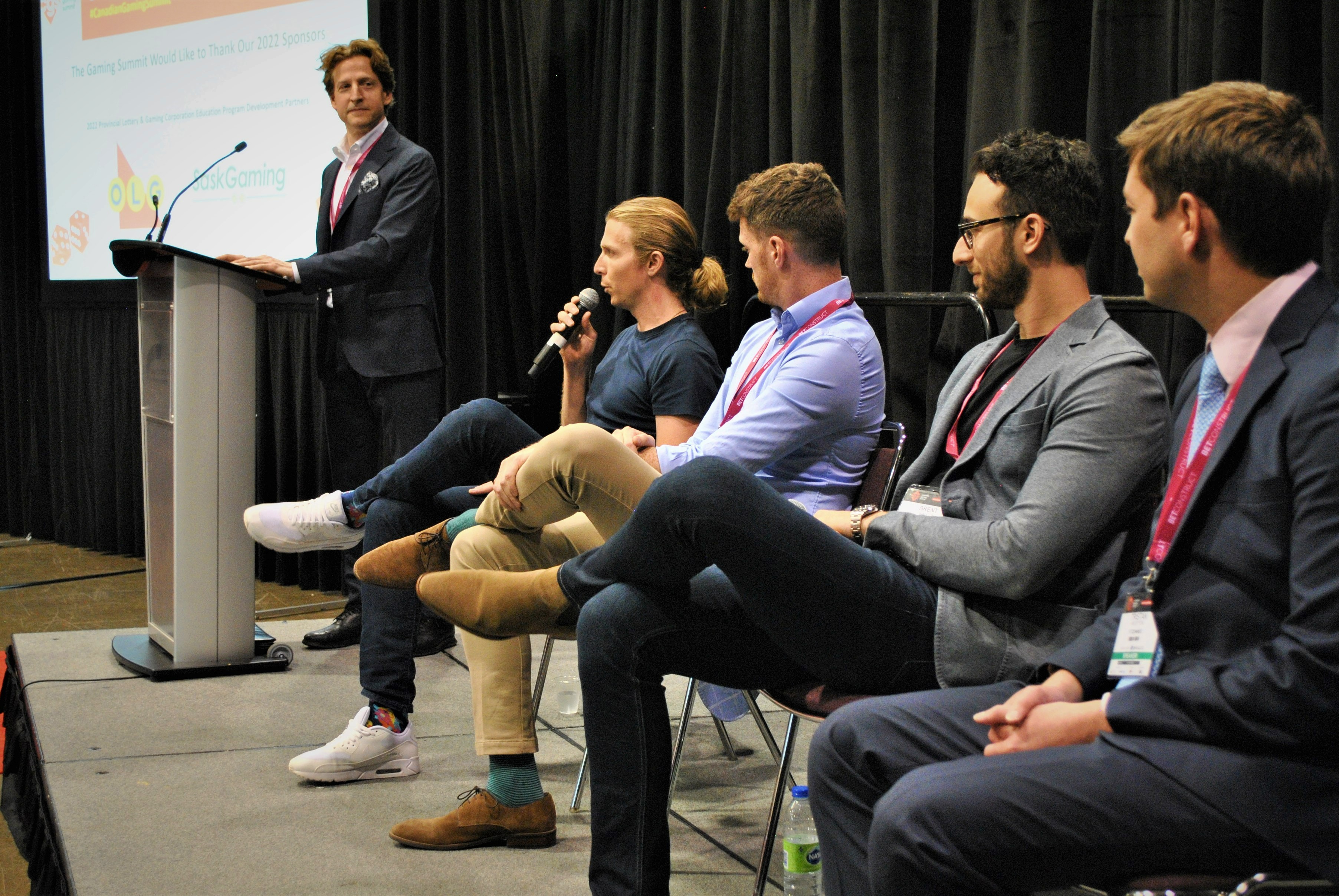 It’s not hard to see the effects of the shift in federal legislation and provincial regulatory approach to sports betting in Ontario. Billboards, buses and a plethora of commercials each showcase the new gambling opportunities available as of April 4, 2022.

With the regulated and unregulated sports betting markets undergoing significant change, there’s a buzz across the provincial gaming industry, according to Peter Czegledy, Chair of the Gaming Group at Aird & Berlis LLP in Toronto.

“It’s an indicator of a monumental shift in Ontario – and potentially in Canada – a shift towards real change in the industry, focused on adopting superior products and services from a customer perspective, responsible care for vulnerable people, a profitable business opportunity for participants and, importantly, new sources of revenue to support critical government programs,” he said. “And we’re going to do that in a highly regulated, carefully thought-out space. That’s the goal, and that hopefully is going to be our future.”

Czegledy moderated a panel titled “The Future of Sports Betting” on June 7, 2022, at the Canadian Gaming Summit, held at the Metro Toronto Convention Centre. The panel dissected what the future holds for what may be the most dynamic and promising segment of the gaming industry.

Bill C-218, the Safe and Regulated Sports Betting Act, legalized single-event sports betting in Canada on August 27, 2021, triggering an important legislative change to the Canadian gaming landscape. The subsequent adoption of an iGaming framework in Ontario, which went live on April 4, 2022, expanded that opportunity to permit private industry to participate – with many hoping that similar change is on the horizon for other Canadian provinces and territories.

“Sports betting is, quite frankly, more socially accepted than other products,” said panellist Tristan Wootton, director of growth at Fitzdares. “It fulfills a really important function in the gaming ecosystem and I can see why it’s so important in particular in North America.”

The industry has taken a leap forward in terms of choice, product and content, added Conor Murray, vice-president of marketing with FanDuel Group. “It’s really taken a step forward and it’s going to continue to take steps forward over the next few years on all those fronts.”

How the Ontario market unfolds will be interesting to watch given the state of the capital markets in the last few months, said Sean MacGillis, managing director at Haywood Securities. “This is a battleground ‘state’ that is being fought in a bear market,” he said. “It’s going to be a really unique market to watch as this plays out, because it stacks up to any of the big U.S. markets.”

Ushering In a New Era

Fantasy sports have had a significant influence on sports betting and will continue to shape the industry in the years to come.

“It’s definitely had an outsized influence, particularly in the early years,” Murray told the Canadian Gaming Summit audience, noting however that fantasy sports should not be overly relied upon for long-term success in the betting landscape. “It’s important early on, but you have to win in brand, in product… There’s a lot of intricacy and nuance.”

“It was a good way of engaging fans in live sports in a very entertaining way while having money on the line,” he said. “It warmed up the market, in a sense. When sports betting finally became legalized… it was probably a little more primed and ready to go.”

And as regulations shift, so does the profile of the typical sports bettor.

Sports bettors now wager lower amounts more frequently during the week, as opposed to a “crescendo” on the weekend, said Wootton. “We’ve got content 24/7. We’ve got leagues in Latin America, Australia, the Philippines. There’s so much content now, that what we’re seeing from our consumers is that they are still overwhelmingly young to middle-aged, and they are now prepared to spread their dollars throughout the week.”

An increase in female bettors is also of note as gaming becomes more mainstream. The emergence of the female player is a really interesting demographic and trend to watch moving forward, noted MacGillis.

Innovation will continue to occur as the industry evolves, said Brent Winston, co-founder and chief executive officer at BetSwap Limited.

“We don’t see innovation happen so often, but when it does, it’s quite substantial,” he said. “If we’re looking to the future, we will see various types of products become launched… It’s all about trying to find a new way to engage the new users that everybody is fighting so desperately to acquire. If the products remain stagnant, over time you’ll start to lose users because you’re not engaging them in the way that they need to be engaged.”

In-play gaming and microgaming are new concepts on the betting scene, added Czegledy. “Customers are still being educated on them, and some operators are feeling their way out.”

One issue holding this area back may be network lag times and the issue of syncing betting interfaces to live games, said Murray. “That’s the unlock that would take it up to another level.”

However, live-betting opportunities do keep users engaged in certain games that in the past may have seen viewers lose interest, he said. “Previously a moment might have been completely inconsequential – a penalty in the third quarter of a blowout game… but (now) it could affect the spread.”

A Shifting Understanding of Sports

Will the sport of today resemble the sport of tomorrow? It’s a significant question to ponder as sports betting begins to organically affect the various games being played.

Living and breathing in a digital ecosystem allows esports to function well in terms of microtransactions, said MacGillis. But for traditional sports, it will be important to envision “where the puck is going” as the shift to digital continues to break down barriers.

“Esports is going to help lead the charge from a technical perspective, but the juggernauts are going to… duplicate what they’re doing, and what’s working, if they’re smart,” he said.

Traditional sports will continue to be large revenue drivers, added Winston. But as these sports enter off-season periods, those familiar with sports betting may filter towards esports and begin exploring other niche opportunities.

One area to keep an eye on going forward will be the interests of younger sports bettors and how their passions shift as the industry matures, said Murray.

The Aird & Berlis Gaming Group will continue to monitor gaming markets, and the related policy, legislative, and regulatory scene throughout Canada and abroad to ensure its clients stay ahead of the “game.” Visit our page to contact a member of our team.