“Privacy is Not an All-or-Nothing Concept”: The Supreme Court of Canada’s decision in R. v. Jarvis 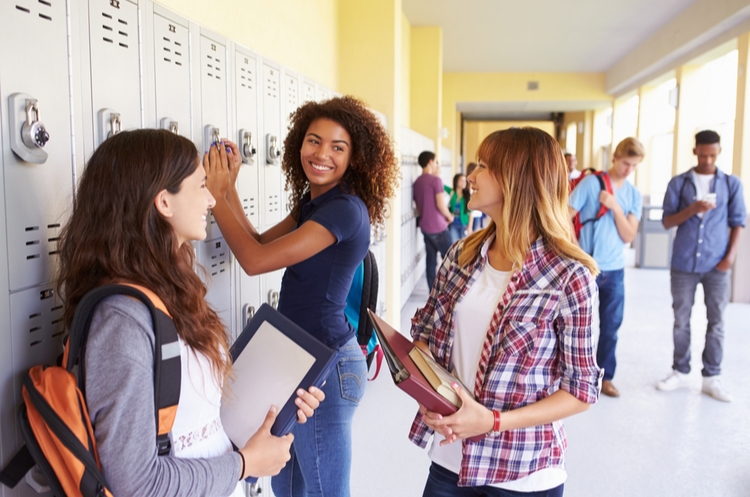 On February 14, 2019, the Supreme Court of Canada (the “SCC”) released its decision in R. v. Jarvis, a case that centered on determining when and where a person will be criminally liable for observing or recording others, without their knowledge, for sexual gratification. Aside from providing some much-needed clarity on the criminal offence of voyeurism, the decision itself provided further context as to how a person’s reasonable expectation of privacy should be defined.

History of the Case

Ryan Jarvis (“Jarvis”) was a high school teacher who used a pen camera to make video recordings of female students in the common areas of the school. Most of the videos focused on the faces, upper bodies and breasts of the students. The students were not aware that they were being recorded, nor did they consent to the recordings.

Jarvis was charged with voyeurism under s. 162(1)(c) of the Criminal Code:

162 (1) Every one commits an offence who, surreptitiously, observes — including by mechanical or electronic means — or makes a visual recording of a person who is in circumstances that give rise to a reasonable expectation of privacy, if
…
(c) the observation or recording is done for a sexual purpose.

At trial, the accused admitted he had surreptitiously made the video recordings. As a result, the Ontario Superior Court of Justice outlined that only two questions related to the proceedings.

In the decision, Justice Goodman answered the first question in the affirmative, but acquitted the accused because he was not satisfied that the recordings were made for a sexual purpose.

In a unanimous decision, the Court of Appeal for Ontario found that the trial judge had erred in law by failing to find that Jarvis had made the recordings for a sexual purpose. However, the majority of the Court of Appeal upheld the accused’s acquittal on the basis that the students in the recordings were not in circumstances that gave rise to a reasonable expectation of privacy.

The Supreme Court of Canada’s Decision

At the SCC, the appeal centered on the issue of the students’ reasonable expectation of privacy. In a unanimous decision (with a concurring opinion), the SCC found that the students recorded by Jarvis were recorded in circumstances that gave rise to a reasonable expectation of privacy for the purposes of s. 162(1) of the Criminal Code, and held that the appeal should be allowed and a conviction entered.

Chief Justice Wagner, writing for the majority of the Court (the “Majority”), outlined that circumstances that give rise to a reasonable expectation of privacy for the purposes of s. 162(1) of the Criminal Code were circumstances in which a person would reasonably expect not to be the subject of the type of observation or recording, and that the inquiry should take into account the entire context in which the observation or recording took place.

Justice Rowe, writing for the concurring Justices (the “Concurring Reasons”), agreed with the Majority that the students were in circumstances that give rise to a reasonable expectation of privacy, but disagreed with the Majority conclusion that the sexual element of the offence (i.e., that observation or recording be done for a sexual purpose) does not make it inappropriate to consider the purpose of the observation or recording for the purpose of assessing whether it was done in breach of a reasonable expectation of privacy. The Majority reached this conclusion upon consideration of jurisprudence pertaining to the right to be secure against unreasonable search or seizure, as entrenched in section 8 of the Charter of Rights and Freedoms. According to the Concurring Reasons, the conceptual framework for defining Charter rights should remain distinct from that used to define the scope of Criminal Code offences, and an individual’s privacy interest as provided under s. 162(1) could only be infringed if they were recorded or observed in a way that both caused them to lose control over their image and also infringed their sexual integrity.

The “Reasonable Expectation of Privacy” in the Wake of Jarvis

Aside from bringing clarity to the offence of voyeurism and debating whether Charter jurisprudence should inform the interpretation of Criminal Code offences, the decision itself provides further context as to how a person’s reasonable expectation of privacy should be defined. At paragraph 38, the Majority outlined:

Accordingly, a person’s reasonable expectation of privacy takes on different dimensions and is fluid, dependent on the situation. At paragraph 40 of the decision, the Majority outlines examples where a person would continue to expect some degree of privacy while knowing that they could be viewed or even recorded by others in a public place:

“…[A] person lying on a blanket in a public park would expect to be observed by other users of the park or to be captured incidentally in the background of other park-goers’ photographs, but would retain an expectation that no one would use a telephoto lens to take photos up her skirt… The use of a cell phone to capture upskirt images of women on public transit, the use of a drone to take high-resolution photographs of unsuspecting sunbathers at a public swimming pool, and the surreptitious video recording of a woman breastfeeding in a quiet corner of a coffee shop would all raise similar privacy concerns.”

Of significance, at paragraph 40, the Majority provided a non-exhaustive list of considerations or factors that assist in the determination of whether an invasion of privacy occurred:

Overall, the SCC decision in Jarvis is consistent with other jurisprudence interpreting the boundaries of a reasonable expectation of privacy.

In terms of cell phones and text messages, a previous blog post discussed the SCC’s decision in R v. Marakah, where the court had to determine whether or not Canadians can reasonably expect that the text messages they send will remain private, even after they have been sent. In that case, the SCC expressed the view that the private nature of texting made it reasonable for people to assume that their texted conversations would stay private. In fact, the court wrote, “[i]ndeed, it is difficult to think of a type of conversation or communication that is capable of promising more privacy than text messaging. There is no more discreet form of correspondence.”

A previous blog post also discussed the Ontario Court of Appeal decision in R. v. Orlandis-Habsburgo, where the Court distinguished that case from existing SCC decisions and held that “information, like the energy consumption data, that is capable of supporting inferences that certain activities are going on inside a home can fall under the umbrella of a reasonable expectation of privacy, depending on a consideration of the totality of the circumstances.”

Of note, all of these cases provide context into what the reasonable expectation of privacy is in the criminal context. One does not need to look far to see how the mishandling of information in the day-to-day activities of a business can quickly become detrimental. For example, in the United States, the Federal Trade Commission and Facebook are negotiating over a multi-billion dollar fine that would settle the agency’s investigation into the company’s privacy practices after a series of privacy lapses were alleged to have put the personal information of its users at risk.

It should be mentioned that legislation exists, such as the Personal Information Protection and Electronic Documents Act, to deal with information collected, used or disclosed by private organizations in a commercial context.

However, one can think of various situations not covered under the relevant legislation. For example, the SCC at paragraph 60 in R. v. Cole left “… for another day the finer points of an employer’s right to monitor computers issued to employees….”

What is clear is that the statement that privacy is not an all-or-nothing concept is of particular interest in the modern world, where smartphones, computers and other technology have pushed the limits of an individual’s reasonable expectation of privacy. Of interest is a previous blog post related to privacy in the Internet of Things and connected vehicles.

Time will tell how the SCC comments from Jarvis are applied to a range of other non-criminal privacy matters.