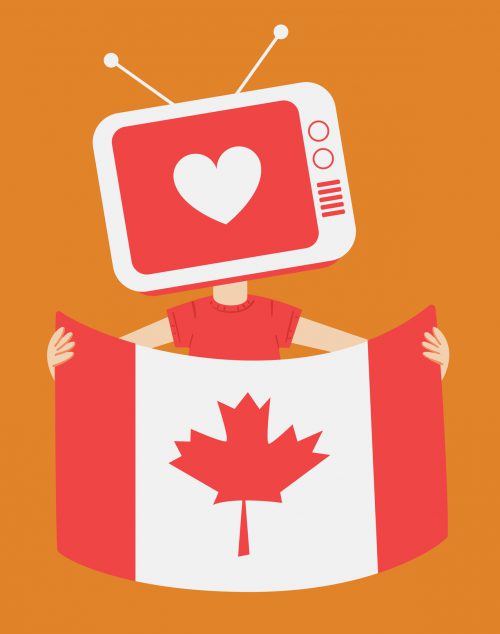 The CRTC has issued a revised policy framework for local and community television, following a lengthy written proceeding and oral public hearing beginning in mid-2015, which The Spotlight covered here.

The revised policy framework follows earlier rulings made in the Let's Talk TV proceeding with respect to the important role that over-the-air (OTA) TV stations play in the Canadian broadcasting system. While the CRTC reaffirmed the current broadcast requirements for commercial English-language OTA stations (at least seven hours of local programming per week in small markets and 14 hours per week in large markets), the new policy focuses on the importance of local news.

Among the measures adopted under the new policy are:

However, given the CRTC's focus on consumer affordability and choice in its 2015 Let's Talk TV rulings, the CRTC refused to impose additional fees or levies on Canadian viewers to finance local programming. If additional support is required to finance local programming, the CRTC determined that it should come from a reallocation of existing contributions made by broadcasters, which are already paid for by Canadians in a variety of ways.

The CRTC has also tailored new measures that distinguish between smaller, independent television stations (i.e., those with no affiliated broadcasting distribution undertakings (BDUs)) and large, vertically integrated (VI) ownership groups (i.e., entities operating both BDUs and local television stations). The CRTC has adopted what it refers to as a "holistic" view of the resources of VI groups and how they can be leveraged to ensure that Canadians continue to have access to locally produced and locally reflective programming, including local news.

Increased consolidation in the Canadian broadcasting industry over the last decade has enabled the critical mass to ensure the production and promotion of diverse and high-quality Canadian programming and its distribution through traditional and digital media. The CRTC found that VI broadcasters have a special obligation to ensure that the system reflects the national identity, contributes to democracy and enhances safety and security.

BDUs serving metropolitan markets will be permitted to reallocate funding between community channels in other markets and/or direct such resources to fund local news programming by local television stations. For non-metropolitan markets, a 50% cap on the above reallocation rules has been adopted.

The CRTC also announced direct support for the creation of locally reflective news and information by independent stations through the "Independent Local News Fund" or ILNF. The ILNF replaces the Small Market Local Production Fund as of September 1, 2017.

However, private OTA television stations belonging to VI ownership groups will be ineligible to receive funding from the ILNF. The CRTC determined that, based on the operational differences between VI and independent stations, the synergies and efficiencies that VI groups enjoy put them in a position to support the production of local news without the need to access a fund.

The CRTC will amend the current BDU contribution regime in the Regulations by taking into account the minimum required contribution to the ILNF of 0.3% of the previous year's broadcast revenues (which should generate aggregate contributions from BDUs of $20 million into the ILNF).

The CRTC made some "policy adjustments" to the Community TV Policy to ensure that community channel operators make use of the most efficient distribution methods to focus on content rather than on facilities. The CRTC has gradually increased the minimum proportion of local expression expenses that BDUs must allocate to direct programming costs. Citizen advisory committees for community channels operating in markets with a population of over one million people will also be mandated.