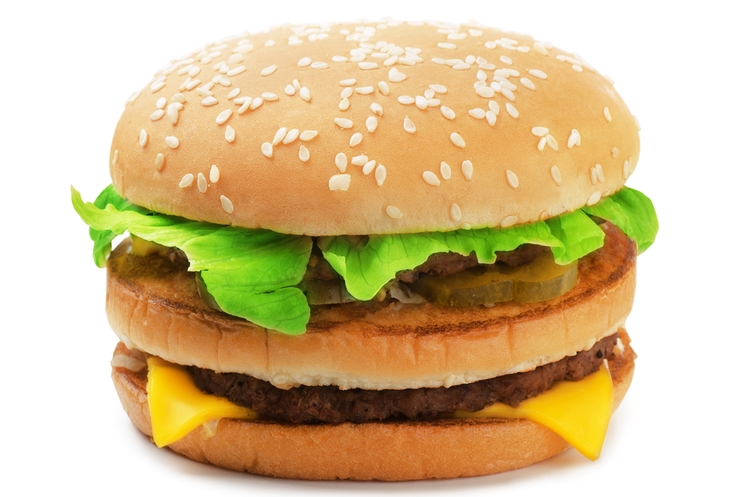 McDonald’s no longer owns the “BIG MAC” trademark in Europe in the wake of the European Union Intellectual Property Office’s (the “EUIPO”) decision on a cancellation proceeding filed by Irish fast-food restaurant chain, Supermac’s.

The History of the Big Mac

The sandwich had two previous names: the “Aristocrat” and the “Blue Ribbon Burger.” The third name, Big Mac, was created by Esther Glickstein Rose, a 21-year-old advertising secretary who worked at McDonald’s corporate headquarters. The Big Mac proved extremely popular, and by 1968, it was added to the menu of all U.S.-based McDonald’s restaurants.

Since then, the Big Mac has become one of McDonald’s most popular and most advertised products. Of note, McDonald’s began offering product placement rewards to hip hop artists in 2005, providing up to US$5 to the artist for every time a song mentioning the Big Mac was played on the radio.

In Europe, McDonald’s owned the registered word mark “BIG MAC” since 1998. The mark was registered by the EUIPO for the following goods and services under the World Intellectual Property Organization (“WIPO”) Nice Classifications:

Supermac, a fast-food restaurant chain with over 100 locations spread throughout Ireland and Northern Ireland, filed an application requesting the revocation of the word mark “BIG MAC” under Article 58(1)(a) of the EU Trade Mark Regulation1, on grounds that the mark was not put to genuine use for a continuous period of 5 years.

In response to the application, McDonald’s submitted evidence that “BIC MAC” would be in use in a number of Member States, including in advertising and on the packaging products. Supermac argued that the evidence submitted by McDonald’s would prove genuine use for sandwiches, but not for use in relation to the other goods and services for which the registration was obtained. McDonald’s replied noting that the mark was genuinely used in Germany, France and the U.K., and that use in those jurisdictions was genuine use in the European Union. Furthermore, use of “BIG MAC” in relation to sandwiches also meant use of the trademark in relation to the other ingredients.

As evidence, McDonald’s submitted multiple affidavits detailing sales figures for the period 2011-2016, brochures and printouts of advertising posters used between 2011 and 2016, printouts from a number of McDonald’s websites, and a printout from a Wikipedia entry (in English) providing information on McDonald’s Big Mac.

On January 11, 2019, the EUIPO Cancellation Division released their decision.

It must be noted that a key consideration to revocation proceedings filed with the EUIPO on grounds of non-use place is the fact that the burden of proof lies with the trademark owner and not with the applicant.

The EUIPO found that the evidence produced by McDonald’s was insufficient to prove genuine use during the relevant period of time, April 11, 2012 until April 10, 2017. The EUIPO established that McDonald’s had failed to provide third-party evidence and the brochures did not provide any details regarding how they were circulated and whether they led to any actual or potential purchases. Regarding the Wikipedia entry, the EUIPO highlighted that anyone was able to amend such an entry. According to the EUIPO, McDonald’s should have supported such evidence with “other pieces of independent concrete evidence.”

“Taking into account the submitted evidence as a whole, it is concluded that the documents do not provide conclusive information that the products marked with the EUTM are offered for actual sale, as there is no confirmation of any commercial transactions, either online, or via brick-and-mortar operations. Even if the goods were offered for sale, there is no data about how long the products were offered on the given web page or in other ways, and there is no information of any actual sales taking place or any potential and relevant consumers being engaged, either through an offer or through a sale. Finally, as far as the relevant services are considered, there is no single piece of evidence that refers to any of the registered services being offered under the EUTM.” [Emphasis added]

Review of the Decision and Conclusion

The EUIPO Cancellation Division decision has some clear sticker shock – especially given the fact that the Big Mac is so well known around the world. It is difficult to justify (and is even somewhat ridiculous) that the EUIPO would extinguish the word mark for lack of genuine use in a goods and services category that includes “meat sandwiches.” However, perhaps there is some traction to the lack of genuine use in goods and services related to “constructions planning and construction consulting for restaurants for others.” Perhaps the only clear takeaway from the EUIPO Cancellation Division decision is the importance of quality evidence to prove genuine use.

The EUIPO Cancellation Division decision is hardly the end of the road for the “BIG MAC” trademark. McDonald’s has already announced that it plans to appeal the decision. The ruling can be appealed all the way to the European Court of Justice, the EU’s highest court, based in Luxembourg. McDonald’s has made it clear that it is willing, ready and able to fight for the “BIG MAC.”

Legal battles involving McDonald’s trademarks are nothing new, and the “BIG MAC” legal battle is just the latest in an ongoing battle to protect the trademark of one of the world’s most famous fast food franchises. For example, in 1994, McDonald’s stopped a Seattle coffee shop from using the name “McCoffee,” under which it had operated for 17 years.

However, McDonald’s history of a protectionist approach to the “Mc” and “Mac” prefix has faced a rockier road in Canada. In 1996, the Federal Court of Appeal in McDonald’s Corp. v. Coffee Hut Stores Ltd., upheld the finding of Justice McKeown that “McBeans” was not confusing in relation to any single trademark of McDonald’s. In that case, McDonald’s opposed the trademark registration of “McBeans” for coffee-related wares and services, including coffee-making equipment, coffee and tea and the operation of a business dealing in such wares.

Internationally, McDonald’s has also faced difficulty protecting the “Mc” and “Mac” prefix. In 2001, McDonald’s lost a nine-year legal battle against “McChina Wok Away,” a small chain of Chinese takeaway restaurants in England. In the decision of the United Kingdom High Court, Justice Neuberger ruled that McDonald’s had no right to the prefixes. In addition, McDonald’s lost an eight-year legal battle in Malaysia in 2009, when the country’s highest court ruled it would not prevent the “Mc” prefix from being used by the Kuala Lumpur based restaurant “McCurry.”

1 Article 58: Grounds for revocation: The rights of the proprietor of the EU trade mark shall be declared to be revoked on application to the Office or on the basis of a counterclaim in infringement proceedings:

(a) if, within a continuous period of five years, the trade mark has not been put to genuine use in the Union in connection with the goods or services in respect of which it is registered, and there are no proper reasons for non-use; however, no person may claim that the proprietor’s rights in an EU trade mark should be revoked where, during the interval between expiry of the five-year period and filing of the application or counterclaim, genuine use of the trade mark has been started or resumed; the commencement or resumption of use within a period of three months preceding the filing of the application or counterclaim which began at the earliest on expiry of the continuous period of five years of non-use shall, however, be disregarded where preparations for the commencement or resumption occur only after the proprietor becomes aware that the application or counterclaim may be filed;