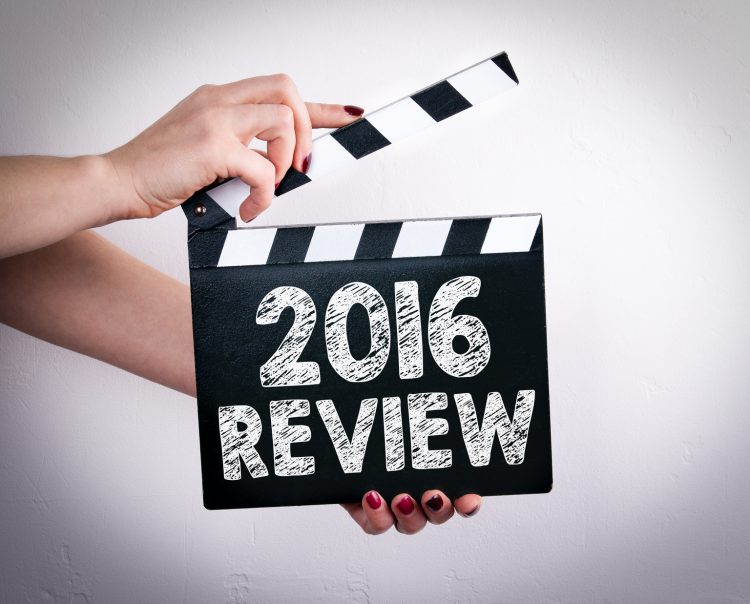 This has certainly been an eventful year in Canada's energy sector. The many interesting decisions and legal, regulatory and policy developments in diverse areas like climate change, cap and trade, consumer protection and electricity pricing gave us lots to write about. Our Powerful Women series introduced some accomplished energy industry professionals and addressed some interesting questions.

We look forward to continuing our reporting in 2017 - there will undoubtedly be lots of new material to cover. As always, if you have ideas or suggestions for topics that we could address, please let us know. And if you have not already done so, sign up for our weekly newsletter that highlights our recent posts.

As we look back on the past year, we have collected our most read posts (including readership through our Twitter Feed) from 2016. We have also included several other posts from 2016 that we think are interesting. These 10 posts, some of which you may have missed, cover a wide variety of subjects and discuss issues from across Canada.

Ahead of the LTEP, Fuels Technical Report Looks at Current and Future State of Ontario's Fuels Sector

In late September, Ontario's Ministry of Energy issued the Fuels Technical Report, which looks at the current and future state of fuels demand and consumption in Ontario. The FTR is intended to be an important document to inform the Ministry's formal consultation process for the development of the LTEP. The FTR is a complement to the Ontario Planning Outlook that looked at electricity demand and consumption.

Malini Giridhar is Vice President of Market Development and Public and Government Affairs, Enbridge Natural Gas Distribution Inc. We were delighted to speak to Malini about her extensive experience in the natural gas sector and her work developing future leaders as the former Executive Sponsor for Women@Enbridge.

Ontario to Purchase Hydroelectricity From Quebec to Replace Gas-Fired Generation

On October 21, 2016, Premier Wynne announced that Ontario and Quebec have finalized an agreement for trading electricity, energy capacity and energy storage. This agreement follows the Memorandum of Understanding that the provinces had signed in 2014 to exchange electricity capacity and reduce Greenhouse Gas emissions.

Earlier this spring, TransCanada Corp. announced that it would cancel its power purchase arrangements with certain coal-fired plants in Alberta. The company's stated reason for the termination was increased costs associated with CO2 emissions over the life of the PPAs as a result of amendments to the Specified Gas Emitter Regulation. TransCanada was the third company in Alberta to make the move to cancel PPAs with coal-fired power plants after Enmax and AltaGas Ltd. The PPAs allow a party to terminate the arrangement where a change in provincial law makes the arrangement unprofitable. In this case, the parties cited the amendments to the SGER as the triggering change in provincial law.

An Introduction to Energy Storage in Ontario

The use of new and existing technologies to store electricity is an increasingly important and visible issue in the energy field. Energy storage has been referred to by many commentators as a "game changer," as it will greatly improve the efficient use of electricity resources (generation, transmission, distribution). At the same time, an increased role for energy storage brings challenges for the electricity grid and the role of local distribution companies.

The Ontario government released its Climate Change Action Plan outlining the measures it will take over the next five years to reduce GHG emissions and transition the province to a low-carbon economy. The Action Plan includes spending of more than $8 billion to achieve a reduction in GHG emissions of 8.9 million tonnes by 2020.

The Duty to Consult: Delegated to the NEB?

Two decisions were released by the Federal Court of Appeal in the latter half of 2015 that came to seemingly opposite conclusions regarding the role of the National Energy Board in considering the Crown's duty to consult First Nations peoples who could be impacted by project development applications before the NEB. Both cases received leave to appeal to the Supreme Court of Canada, and on March 10, 2016, the Supreme Court held that the two appeals will be heard together, meaning that any discrepancies between the two decisions will have to be clarified by the country's highest court.

The process to redesign distribution rates for Ontario's large electricity customers is moving ahead. On March 31, 2016, Ontario Energy Board Staff published a Staff Discussion Paper titled "Rate Design for Commercial and Industrial Electricity Customers: Aligning the Interests of Customers and Distributors." The Staff Discussion Paper is part of an OEB consultation process on commercial and industrial rate design that was commenced in May 2015.

In a September 26, 2016 decision, the British Columbia Utilities Commission confirmed earlier decisions denying approval of a "Neighbourhood Energy Agreement" in downtown Vancouver (Northeast False Creek and Chinatown). The NEA is similar to a franchise agreement as it gives the proponent the exclusive right to operate in a defined area, including rights to locate and access facilities on municipal property.

The Nova Scotia Supreme Court rejected the Bay of Fundy Inshore Fisherman's Association's request for an injunction to prevent the installation of two 2MW tidal turbines in Minas Passage until after the Association's judicial review application is heard early next year.