What is the Law of the Blockchain? 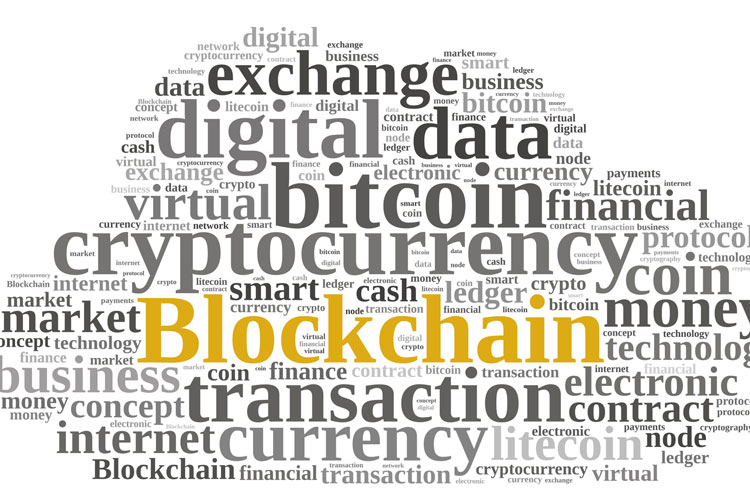 What the Heck is the Blockchain?

No, it's not a chain that stretches around your block. It is a peer-to-peer managed, publicly readable and secure database, chunks of which are located in multiple places. Each "place" (or node) is an isolated and independent computer on a network. Each computer is equipped with special software for management of the blockchain. The blockchain database itself contains an ever-expanding list of verified transaction data. Think of a blockchain as a bullet-proof record of proven transactions that everybody (with the appropriate software) can check.

The first blockchain was developed to record bitcoin transactions in a publicly accessible way, and that bitcoin blockchain is the archetype for this technology. However, blockchains could be used for all kinds of purposes - recording financial transactions, enabling digital rights management for movies and music, replacing letters of credit or transactions done with letters of credit, settling trades of securities or foreign exchange, and so on.

The blockchain got its name because it is a chain of digital blocks, each of which is a tamper-proof batch of valid/verified transactions. Each block refers (or is linked) to the immediately prior block, just as each link in a chain is connected to the immediately prior link. You would know if a block got out of sequence or was orphaned because it would be a link that is outside the chain. You would know if a block were tampered with for the same reason.

As mentioned, blocks in a blockchain contain verified transaction data. In the case of bitcoin transactions, each transaction is digitally signed with an encrypted signature. Each bitcoin transaction consists of a spent amount and a received amount, and those are (by definition) the same, just as it is in the corner store when you buy cigarettes. Which you shouldn't do, by the way, because smoking is dangerous to your health.

How is a Blockchain Secure?

As mentioned, the blockchain is distributed among a number of independent and isolated nodes in a peer-to-peer network. Each node is a computer. In other words, the blockchain is anonymous and decentralized - and that is part of its security. Each transaction or event is broadcast to every node on the network, and each node on the network validates it through a challenge-response system and rebroadcasts it. The result is that independent nodes in a network containing the blockchain database can arrive at a "consensus" that the database entries are correct. That means that transactions can be checked and confirmed and declared valid, and attempts to corrupt the data can be made unsuccessful and obvious by being (in essence) ignored.

In the case of the bitcoin blockchain, there is a financial incentive for "bitcoin miners" using sophisticated and very fast computers and appropriate software to operate the blockchain "ledger." In consideration for running and maintaining the blockchain (thereby maintaining validated copies the confirmed records of transactions), these "miners" receive a bitcoin reward that they can actually spend.

Imagine, however, a different model of blockchain use, in which a coterie of financial institutions operate their own blockchain for financial transactions without such a reward; instead, speed of settlement, cost reduction and enhanced security would be their reward.

Blockchains are perfect for financial transactions, whether with bitcoins or ordinary money. Because the blockchain system uses a lot of different computers to prove that a particular transaction has actually occurred, and that consensus is recorded after confirmation, the financial record becomes essentially tamper-proof. Blockchains can also be virtually instantaneous, providing quicker confirmation of a money transfer, for example, or other financial management event.

Blockchains would also be good for digital rights management: who has a copy of a copyright protected musical or theatrical work, what copies of it have been made, where and how it has been used, etc. Rights organizations would be able to operate a blockchain that would provide a denial proof database of all managed digital rights, use of digital rights and the payments made in connection with them.

What are the Legal Issues with Blockchains?

In the case of bitcoins, the most obvious legal issue is that of anonymity. Bitcoin can be used to finance terrorism, purchase and sell illegal drugs, and make ordinary money "disappear" from the scrutiny of the law. It's also a way to hide transactions that are subject to tax.

Blockchains do a better and faster job of recording "money in" and "money out" and so they could possibly replace chartered banks as holders and managers of any denomination of currency. The legal issue there includes the fact that banks are regulated and blockchain operators are not. Banks can be subpoenaed for their records; good luck with the blockchain operators. Banks must report to FINRA and FINTRAC and similar anti-money laundering and anti-terrorist financing organizations; blockchain operators do not and probably can't be made to do so.

What blockchains can do exceedingly well is to form and execute digital contracts. Digital contracts (sometimes called "smart contracts") are contracts that are written in computer code and are enforced by software when certain pre-programmed conditions are satisfied. When the conditions are satisfied (e.g., delivery of goods, the making of a payment, the winning of a football game, the registration of a deed or transfer), the blockchain can perform the transactions and pay money. The law is already having a tough time catching up to the concept of robots making contracts for people. Blockchains will make that harder. Lawyers' heads will explode.

Blockchains have the ability to track changes in ownership or status of property, including real estate and leased goods. Contracts for the transfer of such assets would be virtually unbreakable because no one would be able to argue "I didn't know what I was signing" or "I was under duress." A lawyer advising on a blockchain contract would also have to understand computer programming.

There are likely many other issues with blockchains that will face lawyers as the technology develops further.

If you want to read more about blockchains, please read the excellent article by Comparitech, which can be found here.