The Coach is in the Corner 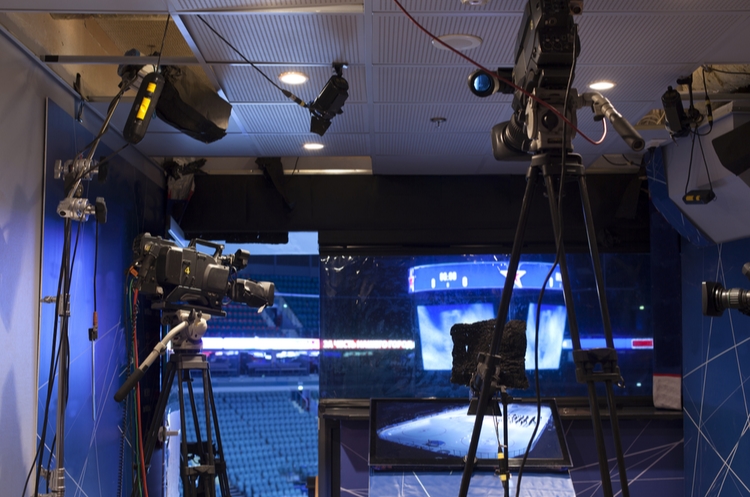 One would have to be in “airplane mode” to have missed the recent developments surrounding Don Cherry’s comments on the November 9th segment of Coach’s Corner on Hockey Night in Canada (HNIC). Mr. Cherry’s rant during the first period intermission broadcast on the CBC English-language television network exploded on traditional media (see here, here and here) and on social media, ultimately culminating in Cherry’s termination by Rogers. This incident even garnered international media attention (see here and here).

The focus of this post is not on the content of Mr. Cherry’s Coach’s Corner rant, but rather on wherein lies editorial responsibility for such comments from the standpoint of media/content regulation. Clearly, the public demands accountability. The Canadian Broadcasting Standards Council, which oversees complaints relating to broadcaster programming standards, was technically unable to process the virtual torrent of complaints from the public about the November 9th Coach’s Corner segment on CBC television.

Following the broadcast, apologies abounded from several NHL media stakeholders. Rogers SportsNet, which owns the national broadcast rights for NHL hockey in Canada, “sincerely apologize[d] for the divisive remarks.” Ron MacLean, the host of Coach’s Corner, followed suit both on the Sunday night Rogers CITY-TV broadcast and on twitter. Labatt Breweries of Canada (whose Budweiser brand is a major sponsor of the Coach’s Corner segment) distanced itself from Cherry’s “clearly inappropriate and divisive” comments. Scotiabank, a long-standing NHL corporate partner, issued a similar statement.

Yet CBC, the originating broadcaster of HNIC (and the Coach’s Corner segment), did not apologize! In fact, CBC instead issued a statement denying any responsibility for content on Coach’s Corner, citing the fact that “as Rogers Media is the national rights holder for NHL Hockey in Canada, CBC has no purview over any editorial [choice of commentators or what they say] with respect to Hockey Night in Canada.”

The CBC’s statement suggests that it is legally absolved of responsibility for programming content simply by virtue of the fact that it is a mere sub-licensee of programming obtained from another broadcaster. However, as a legal/regulatory matter, the locus of ownership of sports rights itself is not determinative of the issue of “purview over any editorial.” Rather, the question of broadcaster responsibility for inappropriate content depends critically on the exercise of authority or control over programming decisions, including scheduling and editorial. Had Rogers simply sub-licensed the entire HNIC rights to CBC and entrusted the latter with the unfettered right to produce, program and script the entire HNIC telecast (including Coach’s Corner), then CBC would undoubtedly be the broadcaster “of record.” Responsibility for any defamatory, abusive or otherwise inappropriate commentary during the Coach’s Corner segment would lie completely with the CBC.

So what then leads to the conclusion that CBC has no “purview over any editorial” on HNIC? A closer look at the current commercial and editorial arrangements between Rogers and the CBC for HNIC broadcasts sheds light on this question. Under its deal with CBC, Rogers retains production control over the entire HNIC Saturday night block aired on CBC, from start to finish (comprising about six hours of CBC’s national schedule each week). Rogers sells all of the ad inventory for the entire program block and pockets all the revenue and, significantly, Rogers makes all of the editorial decisions for the HNIC broadcasts, including the Coach’s Corner segment.

Thus, from a broadcast law standpoint, Rogers, and not the CBC, is the “content provider” of the HNIC broadcast. CBC has effectively ceded its schedule to Rogers for the HNIC broadcast each Saturday evening. This in turn explains why the apology over the Coach’s Corner segment emanated from Rogers SportsNet and not the CBC. In fact, in an interview on CBC Radio on the Monday morning after the broadcast, a spokesman for CBC clarified that “Don Cherry is an employee of Rogers SportsNet and that Rogers assumes all responsibility over editorial content” and that CBC raised “serious concerns” about Cherry’s remarks with SportsNet (before Cherry was terminated).

So what, if any, is the CRTC’s role in all of this? When Rogers acquired the national broadcast rights for the NHL in 2014 and subsequently inked its deal with CBC for HNIC, the CRTC reviewed the arrangements with a view to allocating responsibility and accountability over programming content on HNIC. This was of utmost importance to the CRTC in the event that it received a complaint. A fundamental principle in the Broadcasting Act is that all persons who are licensed to carry on broadcasting undertakings have a responsibility for the programs they broadcast. However, as we note above, while CBC acted as Rogers’ sub-licensee of the exhibition rights to HNIC for broadcast on CBC’s national television network, all of the editorial and advertising control nevertheless remained with Rogers.

Ultimately, the CRTC approved the Rogers-CBC arrangement as a “network delegation” under the Broadcasting Act because it found that “editorial control” had been transferred or delegated by the exhibiting broadcaster (CBC) to another party (Rogers). Accordingly, the CRTC granted a television network licence to Rogers authorizing it to broadcast HNIC on CBC’s English language conventional television stations, while at the same time retaining control over the entire HNIC program schedule. Thus, from a regulatory standpoint, CBC had no liability for any violations during the HNIC broadcast with respect to abusive programming or the violation of other broadcast industry content codes during this network-delegated segment.

It should be pointed out that under the general legal regime of libel and defamation law, the CBC would likely be treated as the “publisher” and therefore potentially liable for defamation, which in turn raises the question of whether the agreement between Rogers and CBC indemnifies the latter for damages from any such defamation finding.

The above arrangements certainly raise issues of accountability. To the general public, Don Cherry’s statements made on Coach’s Corner have been indelibly stamped with the imprimatur of CBC for many decades (which the HNIC sub-licensing arrangements effectively preserved!). The fact that regulatory responsibility before the CRTC actually lies with Rogers will arguably not be determinative from the perspective of the court of public opinion.