Rio 2016 - What High-Performance Coaches Are Doing to Prepare 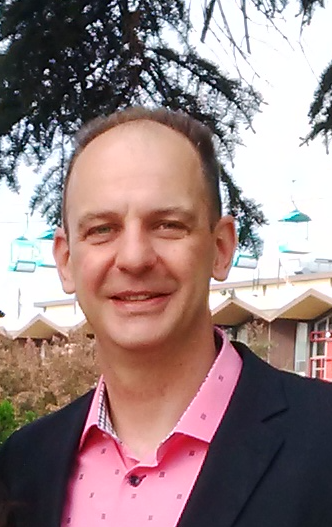 Paige Backman, a Partner at Aird & Berlis LLP and Co-Chair of the firm's Sports and Media Team, interviewed Mr. Dragan Jovanovic, Executive Director of the World Water Polo Coaches Association, to discuss what high-performance coaches are doing to prepare their athletes for Rio 2016. Prior to being a member of the World Water Polo Coaches Association, Mr. Jovanovic was an Olympic coach, high performance director for a national team program, and world-class athlete.

It's less than three months away from the Olympics. For those teams that have qualified, what is on the mind of the coaches? What are the coaches doing right now to try to make a difference between medaling and not, and getting gold versus not?

Firstly, the teams that just qualified are probably thinking about how to recover their athletes and prepare for the Olympics in the best possible way. The coaches are thinking about how their team can "double peak" this year since they had to peak their performance at the Olympic Qualification tournament. Also, I am sure that those coaches are being humble and trying to arrange joint training with other countries competing at the Olympics, setting up games and tournaments to ensure they're in top competing form. All the other teams that had previously qualified had been doing this since August/September of last year.

I would split the coaches of the teams that previously qualified into 2 different groups. One group of teams/coaches, whose athletes are almost all playing in professional leagues, are hoping their athletes stay healthy and injury-free, and are planning how to recover them right after the professional championships are done. They are also organizing when they will have all their team members together (different leagues in Europe are finishing at different times), doing fine tuning in regards to planning and analyzing their own team as well as the other teams. The other group of teams/coaches are outside of Europe and don't have professional leagues (United States, Australia, Brazil and China, for example). They have started building up their training together and are probably doing heavy conditioning training at this point.

Almost every Olympics has its challenges and distractions. Beijing, China (2008) had concerns over human rights and pollution. Sochi, Russia (2014) had concerns over human rights issues and military conflict overshadowing it. Rio 2016 has political unrest, pollution, the Zika virus and security concerns stemming from recent attacks around the world by radical groups. How concerned are coaches about these events? How do they prepare themselves and the athletes to deal with these issues, or do coaches simply see these as distractions and focus solely on the training?

You are correct, each of the Games have something "special" attached. Good or bad. Even London had huge security concerns and, if I am not wrong, London 2012 had the biggest security budget in the history of the Olympics. From what I am hearing, Rio 2016 will cut their security budget by two-thirds due to financial issues they are facing. However, even with all of that, coaches and athletes are focusing on their performance and competition. They do consider all the issues for their safety when planning and to be ready of course. However, usually the national federations and Olympic Committees are those who are primarily responsible for taking care of those issues and, for the most part, coaches and athletes trust them to do so. The Zika virus is a big concern for Rio 2016 and national federations are already doing preparations in that regards. When I talked to a couple of Olympic Champions from the United States a month or so ago, Zika virus came up in our discussion. Their response was "every Olympics has some issues and, at the end of the day, it always works out, one or the other way. We are sure that Rio 2016 will not be different and we are just focusing on our performance. We didn't train the last four years for the Zika virus to stop us." That exemplifies how coaches and athletes think and what the attitude of a champion is.

The main purpose of the World Water Polo Coaches Association (WWPCA) is to gather coaches from around the world, try to raise the standards in all possible levels (education, protection of coaches, united voice, etc.) and to create a "home" for all coaches in the world. The WWPCA has some of the best coaches in the history of water polo leading it at the top level who are very interested in developing coaches and the coaching professional in both developed coaching markets and areas where coaches are on their own. We would love for the WWPCA to become a main source of information for all the coaches and a standard for professionalism.

National sport organizations are often in charge of training and developing coaches that they believe are appropriate for their country. Why should there be a world coaches association?

There are many levels of developing coaches. It isn't that coaches will only and solely be developed by the WWPCA. Coaches, first and foremost, have to develop themselves on their own. Coaches always have to strive to improve, to be better and to learn more. That is the only way that any coach can step up from the average level or, as I like to call it, mediocrity. The second level is the National Federation, whose job is to educate the coaches and to create an environment for their improvement (in an educational and opportunity sense). This is a significant role and one of the most important ones. If coaches aren't developed and taken care of at this stage, the final result is devastating. We had so many examples where a young talented coach was thrown into the "fire" of coaching senior national teams without any mentoring or help and they were demolished and destroyed very fast. This is a great loss to the sport, to the athlete and absolutely to the coach. I would say the third level would come from the WWPCA where we provide many professional services to the coaches (coaching clinics with the most successful coaches in our sport around the world, individual Skype calls, mentoring and shadowing opportunities, video clips, consulting with experts around the world, etc.). These are coaches who have been at all levels and succeeded. World coaches associations are on a higher level than the previous two levels.

What is the role of the coaches association opposite other international bodies representing the sport?

This is a good question. Many sports have a world governing body as part of their structure. FIFA represents football (soccer) around the world and FINA represents aquatic sports around the world. FINA also has a coaching commission. However, its focus is slightly different. We will work with the other international organizations, such as FINA, LEN and UANA, to develop the coaches around the world - in both developed and non-developed areas. We have a greater pool of dedicated, international-leading expertise than anyone else to help develop coaches around the world. We also work with world refereeing organizations and we have communications with world athlete organizations. Sports at the international level, and at all levels, can only improve if all factions - coaches, referees and athletes, together with the political leaders - work together and respect what each organization can do to improve sports overall. We are hoping to develop WWPCA to the point that it will mean something in our world and become a leading source of knowledge, experience, ethics and innovation. That is the first and the most important thing.

Why do you think a world coaches association will make a sport better or the athletes better?

Every single athlete in all sports in the last 60-70 years has been developed by a coach. Especially in today's world, where there is no room for mistakes or improvisation, the role of a coach is huge - from talent identification, analyzing, careful planning and strategy, through to knowing exactly when to push and when to step back. In every successful organization, whether it is a business or sport, there is a leader. In sport, that is a coach. The difference between having good results versus reaching your goals is huge. The coach is that difference. The leader is that difference. That is why, in my mind, coaches will make the athletes and the sport better

Thank you for that insight Dragan. The insider perspective certainly helps us appreciate what high-performance coaches and international sports are considering and dealing with as we head into the Olympics. We look forward to further insight from you and your association as we move closer to Rio 2016 and beyond.