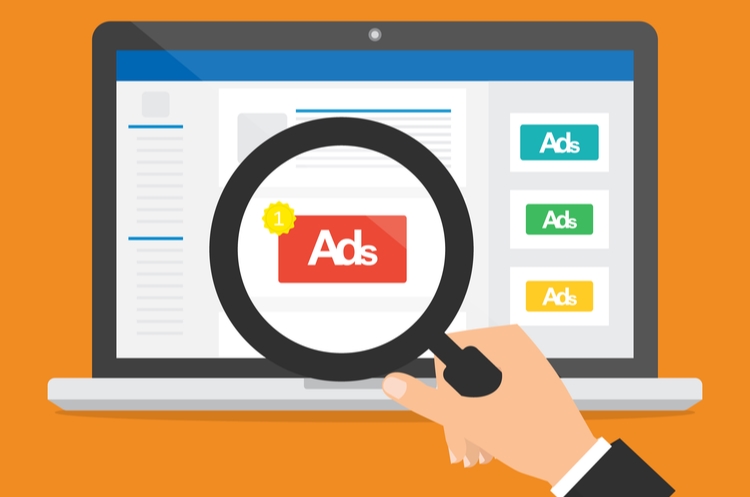 In 2012, a fledgling startup, AdSupply Inc., filed a patent application for a method for delivering leave behind ads which are displayed behind the browser window when a user leaves a website. These ads are considered to be one of the most effective ad formats for high viewability and user engagement (5x higher than interstitials and overlays), as they do not interrupt the user’s online experience. An example of a leave behind ad can be viewed here.

The patent application was inevitably assigned to the dreaded USPTO Technology Center 3600, home to the e-commerce art units, and was destined for certain death following the Supreme Court’s June 2014 decision in Alice Corp. v. CLS Bank Int'l. Predictably, the patent examiner rejected the patent claims under 35 U.S.C. 101 “for being directed to an abstract idea of (i) a fundamental economic practice, (ii) a method of organizing human activities, (iii) an idea of itself, or (iv) a mathematical relationship or formula.” Despite the Applicant’s insistence that the patent claims were patent eligible, the patent examiner rejected them repeatedly. Confident in patent-eligibility of their claims, the Applicant appealed the patent examiner’s rejection to the Patent Trial and Appeal Board (PTAB) (Appeal No. 2016-000497; PTAB October 15, 2015) and in Ex parte Adam Carasso, the PTAB reversed the patent examiner’s rejection under 35 U.S.C. 101. The patent was issued on January 25, 2018.

Before taking a deep dive into the PTAB’s reasoning for siding with the Applicant, let’s take a look at a representative claim that was rejected by the patent examiner:

identifying by operation of the processor, a Uniform Resource Locator (URL) for a site currently presented in the browser, wherein the browser creates a first entry for the site in browser history upon loading the site identified by the URL;

appending by operation of the processor, a fragment identifier to said URL in response to code embedded as part of the site;

detecting by operation of the processor, first invocation of browser back functionality when the browser is directed to the URL appended with the fragment identifier;

In regard to the second Alice step, claim 1 was deemed not have additional elements that amount to “significantly more” than the abstract idea, because these elements did not effect an improvement to computer function or another technology, but merely linked the abstract idea to a particular technological environment. Id. at 18.

Undaunted by the patent examiner’s knee-jerk reaction to patent claims directed to computer-implemented methods, the Applicant argued that claim 1 was not a method of organizing human activity and that the method involved computer operation, specifically, “manipulating the history and operation of a browser (i.e., a web browsing application executing on some electronic device or computer).” The Applicant went further to say even if “claim 1 might be directed to an abstract idea, the claimed elements, as an ordered combination, provide unconventional features that amount to significantly more than any such abstract idea, under the second Alice step.” To further illustrate this point, the Applicant likened claim 1 to the subject matter at issue in DDR Holdings, LLC v. Hotels. com, LP, 773 F.3d 1245 (Fed. Cir. 2014). Id. at 9, and the PTAB could also see the similarities stating:

As in DDR Holdings, the elements of claim 1 manipulate Internet technology to alter the conventional presentation achieved, upon a user attempting to navigate away from a website. Id. at 8-9. In particular, claim 1 accomplishes these ends by, e.g., the steps of “appending by operation of the processor, a fragment identifier to said URL in response to code embedded as part of the site,” “creating ... a second entry for the site immediately after the first entry in the browser history without changing presentation of the site displayed in the browser by forwarding the browser to the URL appended with the fragment identifier,” and “changing presentation of the site by displaying an advertisement over or in place of the site when reverting from the second entry for the site in the browser history to the first entry for the site in the browser history in response to the first invocation of the browser back functionality.” See id. Like those giving rise to patent-eligibility in DDR Holdings, the above-identified elements of claim 1, “taken together as an ordered combination,” “specify how interactions with the Internet are manipulated to yield a desired result- a result that overrides the routine and conventional sequence of events ordinarily triggered by” the customary use of the technology. DDR Holdings, 773 F.3d at 1258-59.

The PTAB thus found that the elements of claim 1 amount to significantly more than any identified abstract idea to which the claim might be directed, and that claim 1 was patent-eligible subject matter, including the other independent claims and the dependent claims, based on the same analysis.

Practice Note: While 101 rejections may appear insurmountable, carefully crafted claim amendments accompanied by well thought-out arguments may greatly improve the chances of overcoming such rejections. In addition, appealing a patent examiner’s rejection is often an avenue worth exploring and success at the PTAB can bolster the strength of a resulting patent.