More on the Law of the Blockchain 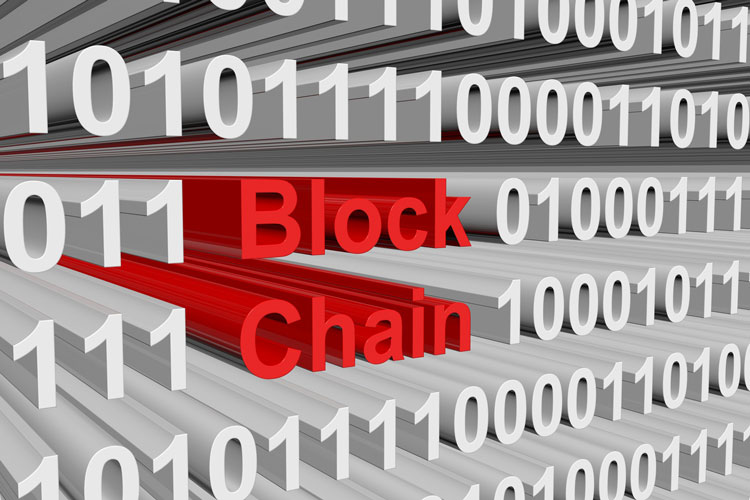 In my last blog about the blockchain, I talked a bit about what blockchain technology is and how it could be useful. Just as a reminder, a blockchain is a peer-to-peer managed, publicly readable secure database, located in multiple, but isolated/independent, places on the Internet. The data recorded by the blockchain keep on expanding and nothing gets dropped. Every event is date-stamped, encrypted and exceptionally hard to tamper with. (In fact, tampering with blockchain data is like setting a fire on a football field. Not everyone will see the same thing, but everyone will know that there's a fire.) As a result, each "entry" in a blockchain ledger is broadcast to every node on the network, which validates and rebroadcasts it. So the blockchain is evidence of "consensus" that all the data are correct.

How can Blockchains be Used?

Please be patient with me. This stuff is not easy. However, what I want to do is to show you how the list of characteristics, above, makes for interesting legal opportunities.

Bitcoin is, of course, the grand-daddy of all blockchain applications and of all virtual currencies. It allows electronic "money" to be transferred between bitcoin registrants without the need of a bank. That electronic "money" (which is a commodity like any other) can be used to buy everyday things such as cars and houses and illicit drugs from anyone who is willing to accept it as payment. According to FINTRAC, which is Canada's anti-money laundering regulator, any person who is in the business of effecting a transfer of currency through the medium of a bitcoin transfer is a "money services business" who must comply with FINTRAC reporting regulations. A person operating such a "money services business" (MSB) must register with FINTRAC and file appropriate reports of all currency transactions.

FINCEN is the U.S. equivalent of FINTRAC. FINCEN's view, which is akin to that of FINTRAC, is that whether or not a bitcoin transferor is a "money services business" is not determined by the mechanism by which she obtains bitcoins ("mining", transfer, trading, etc.), but rather by what she does with the bitcoins, and for whose benefit. If she acquires and uses the bitcoins to buy things, then she is not running a "money services business" and FINCEN and FINTRAC don't care (although the taxation authorities might - that's another issue). However, if she earns income by transferring bitcoins for other people, then she is running a MSB and is subject to the rules.

If you think about the characteristics of blockchains listed above, you can see that they are all essential for bitcoin trading. The bitcoin blockchain uses mathematical/electronic pseudonyms. This is essential because people don't want how they receive and spend their money open to public scrutiny. Without anonymity, the bitcoin blockchain would not work.

The bitcoin blockchain records every transaction that has taken place since creation of the chain, and so it is easy to track ins and outs of bitcoins from any one account. Its quality as a self-linking ledger is critical because of the fact that the ledger can be found anywhere and everywhere on the Internet.

The deniability of incorrect data is also essential to prevent the creation of fraudulent blocks of data that others may rely upon to their detriment.

So how else can blockchains be used? Here are a few ideas:

Ironically, privacy is a big issue. Even though blockchains are anonymous, it would be possible, if one's private key became exposed (say, by way of subpoena or court order), for far more personal information to be exposed than is currently the case. So the question of privacy in the universal use of blockchains for personal information will need to be well thought out, and it is possible that legislation will have to be enacted for the protection of privacy. Even if legislation is not enacted, privacy protection will undoubtedly be an issue that will become the subject matter of contractual fiat, as a best practices matter.

The use of blockchains to support the Internet of Things will likely lead to discussion of legal issues concerning extraction rights, data protection and disclosure. I do not imagine that there will be universal agreement on what the standards should be anytime soon. From what I understand of Europe's General Data Protection Regulation, Europe has successfully anticipated this issue.

Blockchains are ideally dependent upon computers - in fact, many computers, each of which can confirm the findings of the others. While it is certain that an information technology disaster, such as an outage of a stock exchange, can cause problems now, widespread information technology disasters that interfere with blockchains could cause even greater problems. It is axiomatic that the more society relies on something, the greater the impact caused by its destruction or non-availability. While every lawyer knows that representations and warranties are important, it is predictable that blockchain service providers will be held to far higher standards than ordinary data center providers.

Permanent loss of a private encryption key would be a lot like loss of life. The record of everything you own would be lost if your private key could not be used to expose the record and carry out ordinary transactions. Consequently, what we now call "source escrow" companies would become secure holders of private keys. The legal issues with such key escrow companies are myriad, ranging from data security obligations, insurance and legal liability to privacy obligations and freedom from compulsion by subpoena or court order. Plan on seeing plenty of fights over this issue before it is settled.

So called "smart contracts" that are blockchain supported could be used to execute non-deniable purchases and sales of goods and services under pre-arranged procurement arrangements. Digital contracts (sometimes called smart contracts) are contracts that are written in computer code and that are enforced by software when certain pre-determined conditions are satisfied. When the conditions are satisfied (e.g., delivery of goods, the making of a payment), then the blockchain can perform the transactions, record them and pay money automatically. Lawyers will have a lot to say about this use of the blockchain technology because there is a bias in law toward "volition" as an element in legal relationships. Blockchains can take a lot of the volition out of many kinds of transactions. Imagine if a "smart contract" could even automatically trigger a law suit or arbitration claim immediately upon a non-payment - wow!

I have all kinds of other ideas flying around in my head about the use of blockchain technology, including in litigation. But that's all for another day.

I plan to write more about this - stay tuned!