Forum Selection Clauses in Canada: Enforceability in Consumer Contracts May be an Issue after Recent Supreme Court of Canada Decision 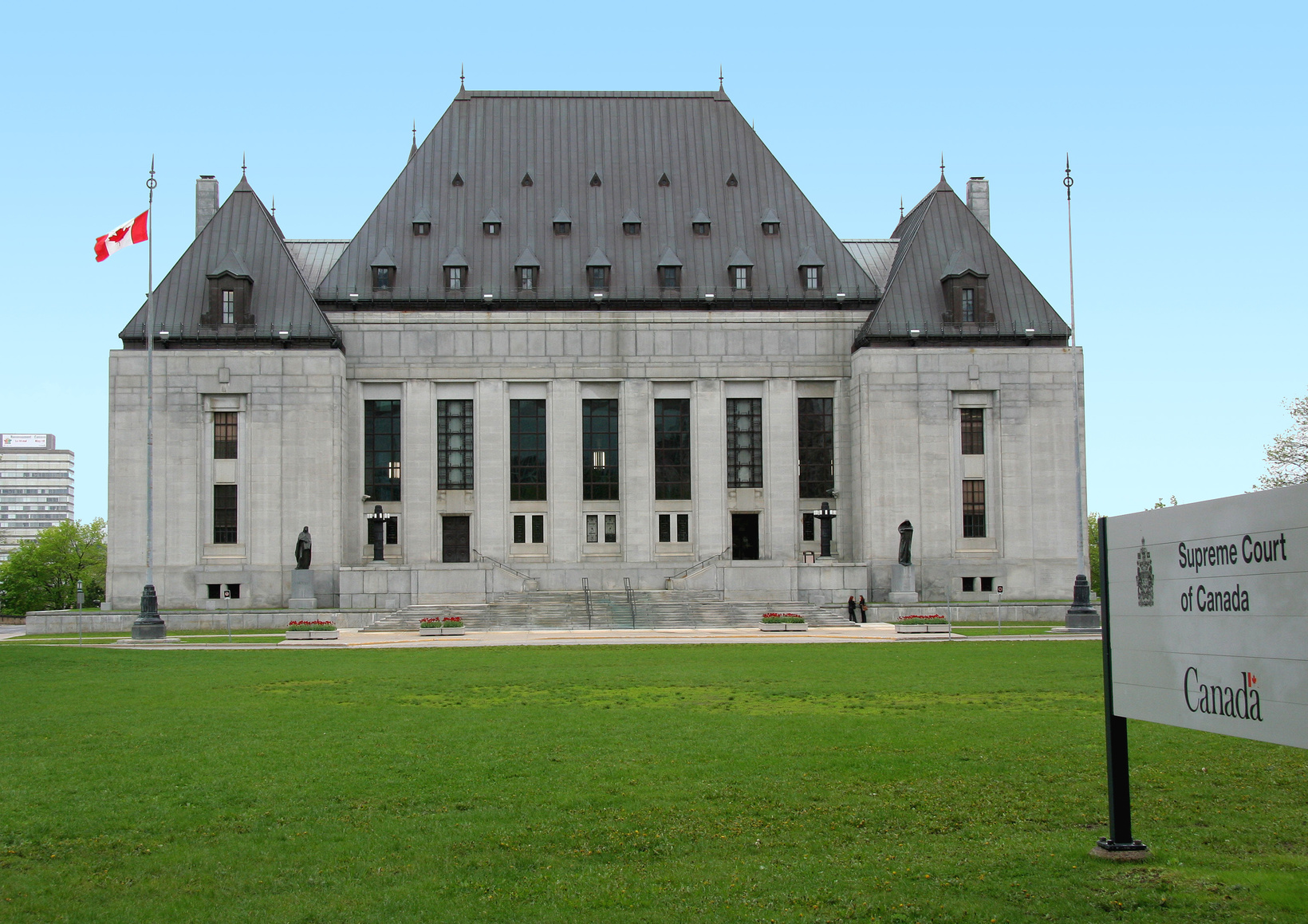 A recent Supreme Court of Canada (“Supreme Court”) decision has created uncertainty for businesses who rely on forum selection clauses in consumer contracts, particularly those online contracts which are not negotiated. In its decision, the Supreme Court found the forum selection clause, which would have required any disputes to be resolved in California, to be unenforceable. As a result, a class-action lawsuit against a U.S. business may now proceed in Canadian courts.

The case involved an online contract that is not negotiated (take it or leave it terms), allegations that privacy rights have been invaded and whether the contractual clause providing where disputes should be resolved (in this California) should be upheld. The Supreme Court made it clear that the quasi constitutional nature of privacy rights in Canada and the significant inequality of bargaining powers were key to their decision rendering the forum selection clause unenforceable.

The result of this decision is that international businesses who contract with Canadian consumers should be aware of the increased likelihood that they will be subject to Canadian laws (in particular privacy and other consumer protection type laws) and that they may need to defend against consumer claims in a Canadian jurisdiction, rather than in the business’s preferred jurisdiction.

The case involved a dispute between the world’s largest social networking site, Facebook, and Ms. Douez, a Facebook user in British Columbia. In 2011, Facebook created a new advertising product called “Sponsored Stories.” The product used the name and picture of Facebook members, allegedly without their consent, to advertise companies and products to other members both on Facebook and externally.

Ms. Douez brought an action against Facebook when she noticed that her name and profile picture had been used in Sponsored Stories without her consent. Ms. Douez claimed that Facebook had infringed section 3(2) of the Privacy Act of British Columbia for her and more than 1.8 million British Columbians.

“It is a tort, actionable without proof of damage, for a person to use the name or portrait of another for the purpose of advertising or promoting the sale of, or other trading in, property or services, unless that other, or a person entitled to consent on his or her behalf, consents to the use for that purpose.”

“You will resolve any claim, cause of action or dispute (claim) you have with us arising out of or relating to this Statement or Facebook exclusively in a state or federal court located in Santa Clara County. The laws of the State of California will govern this Statement, as well as any claim that might arise between you and us, without regard to conflict of law provisions. You agree to submit to the personal jurisdiction of the courts located in Santa Clara County, California for purpose of litigating all such claims” [Emphasis Added].

In a 4-3 split decision, the Supreme Court held that Facebook’s forum section clause was unenforceable. The case will now return to British Columbia for a trial on the merits of the claim.

The Supreme Court had previously recognized, in the 2003 case of Z.I. Pompey Industrie v. ECU‑Line N.V. (Pompey), that forum selection clauses serve a valuable purpose and that they are generally to be encouraged by the courts as they create certainty and security in transaction, derivatives of order and fairness, which are critical components of private international law.

In Pompey, the Supreme Court adopted a two-step approach to determine whether to enforce a forum selection clause and stay an action brought contrary to it, where no legislation exists to override the clause.

The majority in Douez (the “Majority”) noted that commercial and consumer relationships are very different, and irrespective of the formal validity of a contract, the consumer context may provide strong reasons not to enforce forum selection clauses. The Majority modified the Pompey strong cause factors to specifically address the consumer context. The Majority highlighted that when considering whether it is reasonable and just to enforce an otherwise binding forum selection clause in a consumer contract, courts should take into account all of the circumstances of a particular case, including public policy considerations relating to the gross inequality of bargaining power between the parties and the nature of the rights at stake.

In applying the modified strong cause factors specific to the consumer contract in Douez, the Majority held that Ms. Douez met her burden of establishing that there is strong cause not to enforce the forum selection clause.

The Majority considered the following factors in reaching their decision:

Reasons from Dissenting and Concurring Justices

The other justices of the Supreme Court provided additional context and analysis.

In their joint dissenting reasons, McLachlin C.J. and Côté J. (Moldaver J. concurring) (the “Dissent”) noted that they did not believe “strong cause” had been shown, and that the action should have been tried in California in accordance with the forum selection clause of the underlying contract. The Dissent cited a passage from Canadian contract law experts Angela Swan and Jakub Adamski. Angela Swan is one of Canada’s leading contract law experts and also happens to be counsel at Aird & Berlis LLP.

The Dissent cited Swan and Adamski’s position that “the mere fact that, as might happen in very many transactions, the parties are not equally competent in looking after their own interests or equally informed is not a basis for relief. There has to be, as has been suggested, some relation of dependence or likelihood of undue influence, i.e., some element of procedural unconscionability, inequality or unfairness, and a bad bargain, i.e., some element of substantive unfairness.”

Given Angela’s office is a few feet away, we wanted to get Angela’s take on the Douez decision. Angela’s view was that the Dissent applied her position correctly, but that the Majority’s ultimate decision was correct. She noted that this decision raises two quite separate issues. The first is the relation between the province and the international business that does business in the province, with the citizens of that province. The second is the attitude that a Canadian court should take to a contractual provision that, in the particular circumstances of Douez, will impose very serious impediments to any effort those citizens (or residents) might make to seek relief against or from the international business.

Swan further noted that the Douez decision is perfectly consistent with past SCC decisions. In Moran v. Pyle National (Canada) Ltd., [1975] 1 S.C.R. 393, 43 D.L.R. (3d) 239, [1974] 2 W.W.R. 586, the question was the right of a woman, whose husband had been killed in an industrial accident, to sue the Ontario manufacturer of a light bulb in Saskatchewan. Dickson J. (as he then was) made two points in his decision to allow the widow to sue the manufacturer: the plaintiff could sue in Saskatchewan because the tort had been committed there and, the far more important point, the manufacturer, by shipping its goods into Saskatchewan, took the consequences of so doing. Those consequences were, on the facts, the risk of being sued in Saskatchewan and of having Saskatchewan law applied to decide the matter.

In Swan’s opinion, exactly the same arguments can be made in Douez. Facebook sought out customers in B.C. and profited from them. They cannot now complain if one of them says that Facebook violated B.C. legislation.

The only question left is whether or not the forum selection clause, purporting to require the plaintiff to sue only in California, should be enforced. Swan argues that such a clause is at least as abusive, if not more so, as any exemption clause purporting to deny a consumer a remedy for a defective good or poor service. The unfairness of those clauses has been recognized and controlled by legislation like the Consumer Protection Act which provides that the seller to a consumer cannot disclaim responsibility for any breach of the implied terms of the Sale of Goods Act.

The take away from this decision is that forum selection clauses will not be impenetrable in the context of consumer type contracts. This decision is not a precedent for business-to-business relationships. Businesses located outside of Canada who contract with Canadian consumers should be aware of the increased likelihood that they will be subject to Canadian laws (in particular privacy and other consumer protection type laws) and that they may need to defend against consumer claims in a Canadian jurisdiction, rather than in the business’s preferred jurisdiction.

Aird & Berlis LLP’s Corporate/Commercial lawyers can provide expert guidance to help your organization minimize risk through the use of well-drafted commercial agreements.