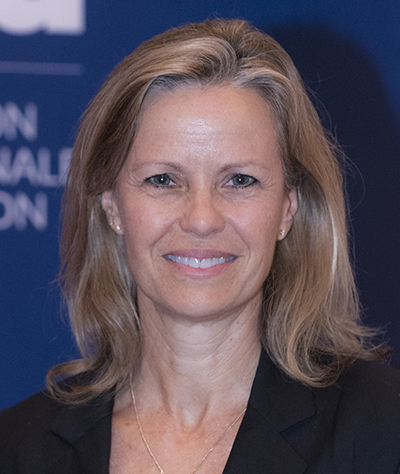 Dr. Margo Mountjoy, one of Canada's highest ranking international sports representatives, with an impressive resume that includes being a member of the IOC Medical Commission Games Group, WADA Health Medicine and Research Committee Group, FINA Bureau and the Chairman of ASOIF Medical Consultative Group, has recently led a group of world leaders in sports in researching and authoring the IOC Consensus Statement: harassment and abuse (non-accidental violence) in sport.

Of particular interest is that the IOC Consensus Statement doesn't look simply at the role and impact of abuse and harassment on high performance athletes. It looks at all athletes and concludes that, while all types of athletes are susceptible to all forms of abuse, elite, disabled, child and lesbian/gay/bisexual/transgender (LGBT) athletes are at highest risk.

The IOC Consensus Statement contains some strong messages for the international athletic community, including the following:

"All forms of harassment and abuse breach human rights and may constitute a criminal offense. Therefore, there is a legal and moral duty of care incumbent on those who organize sport, to ensure that risks of non-accidental violence are identified and mitigated.

Harms caused by harassment and sport represent a blind spot for many sport organizations, either through fear of reputational damage or through ignorance, silence and collusion."

Why do we care? It depends on your perspective.   If you're one to be concerned about the welfare of the athlete, as the IOC Consensus Statement reports and as one could hypothesize from studies of abuse outside of the sporting arena, the impact of abuse and harassment on the athlete physically and mentally can be significant, long term and extremely damaging. If you're simply looking at results of the athlete or the team, abuse has been found to impair athletic performance, be associated with doping, cheating and increases in drop-out rates, all of which either undermine the athlete's performance, team selection, the national sport organization's ranking internationally, or simply result in prohibitions from competition.

The research and body of knowledge supporting certain results in the IOC Consensus Statement is still in its infancy. Studies and research involving disabled athletes and those in the LGBT communities are not as extensive as in other areas. Abuse and harassment via cyber media, an issue I spend a good deal of time addressing both in a sport and mainstream environment, is a relatively young area to fully understand the consequences on athletes. Yet it is a delivery mechanism that allows for extensive abuse and harassment that is difficult to trace and transcends borders.

Abuse and harassment in sport is not an easy topic to address. High performance sport is an environment wherein the reason for being is to be the best in the world. As such, emotions run high. Competition between and within sport organizations and teams is inherently intense, and personalities are often exacting and challenging. Whatever your perspective, whether moral or result-driven, addressing the impact of abuse on athletes is an issue that requires the involvement of all levels of sport organizations - international and domestic - as well as from all participants, including coaches, management, media, staff, athletes, peers and families, to understand and address.

The IOC Consensus Statement concludes with some suggestions on how to prevent and address harassment and abuse. There is no question that it will require significant changes from the top down. Organizations such as the IOC, FIFA, FINA and the various country-based NSOs have to lead and have to mandate change in order to participate in sanctioned events. Changing policies is the easy part.  Changing the operations and people is where the real challenge occurs.

I look forward to the future work of the IOC, Dr. Mountjoy and her colleagues, and from others in the sports community as they continue the research that will provide additional objective evidence on the issues being faced, the damages done and, of equal importance, tangible and practical ways to address this so that the athletes can compete to the best of their abilities and feel safe doing so.