Supreme Court of Canada Questions the Presumption of Prudence 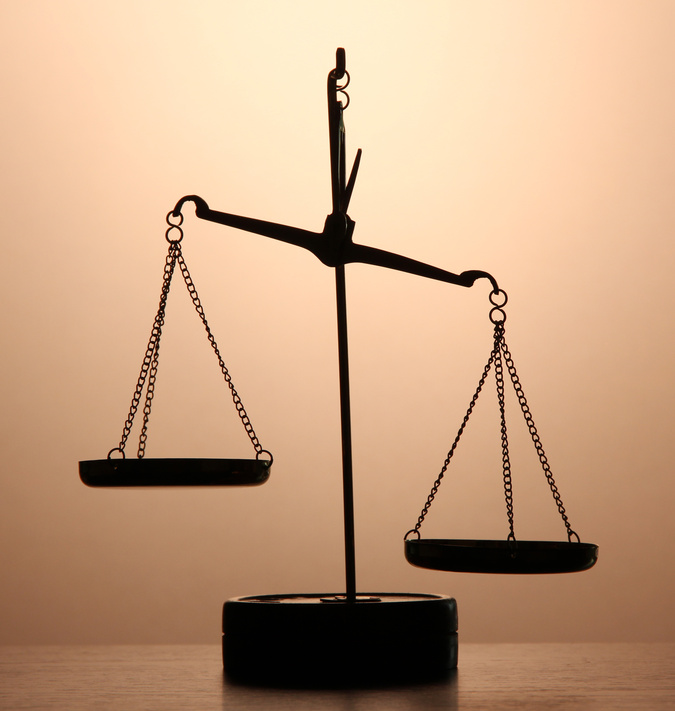 It's rare for the Supreme Court to hear cases in the energy regulatory field, so when decisions are rendered, they are important and closely scrutinized. The Supreme Court of Canada issued two such decisions on September 25, 2015. The decision that has received the most attention is Ontario (Energy Board) v. Ontario Power Generation (OEB v. OPG). Several legal commentators have already posted their reviews of the decision, for example, here and here and here. A useful discussion of the facts of the case, which are not discussed in any detail in this post, can be found in commentary posted by Jay Shepherd.

As set out in commentary already posted by others, there are several notable findings in the OEB v. OPG decision. In this post, I will focus on two ratemaking issues that are discussed in the majority reasons of the Supreme Court, which were authored by Justice Rothstein. In a separate post, I will focus on an administrative law issue about the proper role of the regulator in an appeal of its decision.

Appellate Review of Whether Rates Are "Just and Reasonable"

Before discussing whether the OEB was unreasonable in failing to apply a no-hindsight prudent investment test when evaluating OPG's labour costs, Justice Rothstein first addressed the standard of review and the role of a reviewing Court. Justice Rothstein confirmed that "reasonableness" is the appropriate standard of review for a tribunal's application of its expertise in setting rates. Therefore, the Court's role in reviewing a utility tribunal's decision setting "just and reasonable rates" is limited. This is not surprising, given the Supreme Court's oft-stated views about the limited role of an appellate Court in reviewing administrative tribunal decisions.

At the outset of his reasons, using language that we can expect to see repeated in future rate decisions, Justice Rothstein explained the concept of "just and reasonable rates" as follows:

"[i]n order to ensure that the balance between utilities' and consumers' interests is struck, just and reasonable rates must be those that ensure consumers are paying what the Board expects it to cost to efficiently provide the services they receive, taking account of both operating and capital costs. In that way, consumers may be assured that, overall, they are paying no more than what is necessary for the service they receive, and utilities may be assured of an opportunity to earn a fair return for providing those services."

However, as explained later in Justice Rothstein's reasons, the scheme under the Ontario Energy Board Act, 1998 (OEB Act) does not prescribe any methodology for setting "just and reasonable" payment amounts to generators. Incidentally, that is also the case for the "just and reasonable rates" that the OEB is to set for electricity and gas distributors and transmitters.

Therefore, when setting "just and reasonable rates" (at least under the OEB Act), it is open to the regulator to determine the methods that it uses to evaluate the operating and capital costs that the utility must incur to efficiently provide services to ratepayers. The choice of methods is at the discretion of the regulator. The Court can only intervene where the regulator's analytical approach or choice of methods is unreasonable. There is no basis for evaluating the "correctness" of the tribunal's decision.

The Proper Role of the Prudence Test

From an energy regulatory law perspective, the more important part of the (majority) Supreme Court decision is the finding that there is no requirement (and, at least under the OEB Act, no legal basis) to apply a presumption of prudence to costs that have already been committed.

In recent years, the OEB and reviewing Courts in Ontario have applied a "prudent investment test," or "prudence review," to test whether committed expenditures should be allowed to be included within a utility's costs that are taken into account when determining just and reasonable rates. As confirmed in the Ontario Court of Appeal's 2006 decision in Enbridge Gas Distribution Inc. v. Ontario Energy Board (Enbridge v. OEB), a prudence review is an appropriate approach to reviewing committed costs. Under the prudence review (prudence test) employed by the OEB and endorsed by the Ontario Court of Appeal, a utility's decision to commit to expenditures/costs is presumed to have been made prudently unless those challenging the decision demonstrate reasonable grounds to question the prudence of that decision. At the second stage of the inquiry, reached only if the presumption of prudence is overcome, the utility must show that its business decision was reasonable under the circumstances that were known to, or ought to have been known to, the utility at the time it made the decision. Hindsight should not be used in determining prudence.

In contrast, the Court in OEB v. OPG was called on to determine whether it was unreasonable for the OEB to have declined to apply a no-hindsight prudence test to evaluate the appropriateness of OPG's committed labour costs. Justice Rothstein found that this was not unreasonable. He found that where the regulator is required to set "just and reasonable" rates or payments, but there is no statutory direction as to how this must be done, then it is open to the regulator to make use of a variety of analytical tools. There is no requirement to apply a prudence test. A regulator may find that other analytical approaches are appropriate.

Justice Rothstein did find that, in the circumstances of OEB v. OPG, it would have been unreasonable for the OEB to have applied a "presumption of prudence" as part of a prudent investment test. That would conflict with the statutory requirement that the onus, or burden of proof, in an application under the OEB Act for "just and reasonable rates" lies with the applicant. Therefore, it would be unlawful for the OEB to "presume" that committed costs are prudent. Only time (and future regulatory decisions) will tell whether this is actually a big shift from current regulatory practice in Ontario. It is not clear whether the presumption that committed costs are prudent is actually meaningful, since that presumption has always been rebuttable. However, it is fair to say that utilities have taken comfort from this presumption, and could be wary of making extraordinary future expenditure commitments until the implications of the removal of the presumption of prudence are better known.

Having made these findings, Justice Rothstein returned to a discussion about the prudent investment test, emphasizing that a proper use of this evaluation tool will be an appropriate test for regulators to employ in many cases.

Justice Rothstein asserted that a prudent investment test that takes account of the circumstances known when an investment decision was made (a no-hindsight test) will be appropriate and useful to evaluate committed capital expenditures. Otherwise, utilities may be discouraged from making needed investments in expanding or upgrading facilities, for fear that the costs may be disallowed.

On the other hand, Justice Rothstein also indicated that the use of a prudent investment test may be less appropriate for evaluating committed operating expenditures, especially where those expenditures are of the type that repeats each year or over time. These are not the sort of one-time decisions that are best evaluated through a prudence review of what was known at the time the spending decision was made.

When applying the foregoing to the facts of the case, Justice Rothstein determined that is was reasonable for the OEB to have weighed all evidence that it found relevant in evaluating OPG's compensation costs, rather than confining itself to a no-hindsight prudence review. As Justice Rothstein stated, "[p]rudence review is simply less relevant when the Board's focus is not solely on compensating for past commitments, but on regulating costs to be incurred in the future as well."

It is only over time, and over the course of proceedings to come, that we will be able to properly evaluate the implications of the Supreme Court's OEB v. OPG decision. For now, a number of questions emerge. Among them are the following: