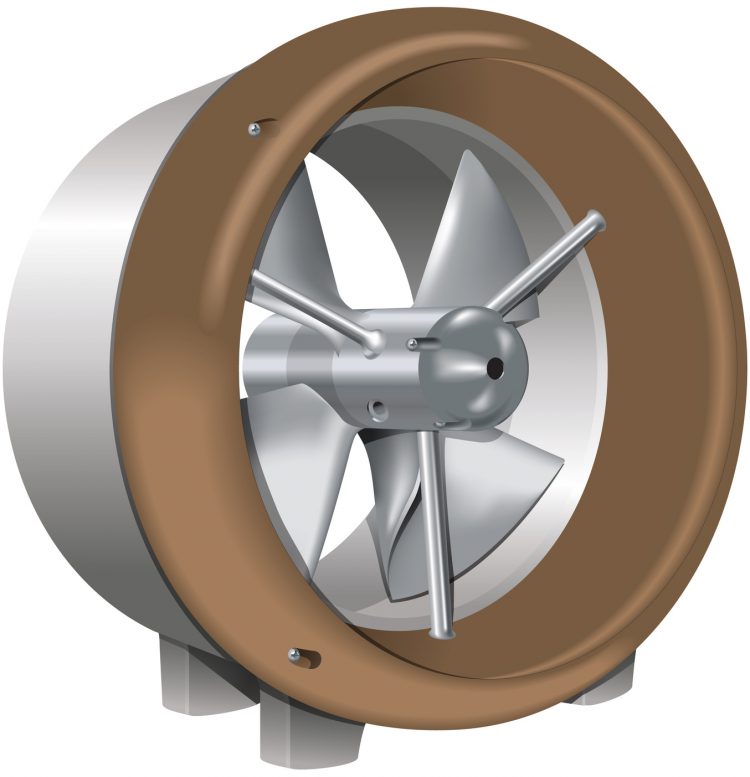 Last week, the Nova Scotia Supreme Court rejected the Bay of Fundy Inshore Fisherman's Association's request for an injunction to prevent the installation of two 2MW tidal turbines in Minas Passage until after the Association's judicial review application is heard early next year.

The judicial review application, launched by the Association in July 2016, challenges the decision of the provincial Environment Minister to accept the environmental monitoring program for the turbine project developed by the proponent, Cape Sharp Tidal, and FORCE, a not-for-profit research center which oversees the development of tidal generation for the province. The monitoring program tracks the effects of the turbines on the surrounding environment, including the risk of interaction between fish, seabird and marine mammals and the turbines. The Minister's approval of the monitoring program cleared the way for the installation of the two tidal turbines. Once installed, the turbines will be connected to the provincial transmission grid and are the first step toward the province's goal of producing 300 MW, or 10% of its current power supply, from tidal generation.

As we previously discussed, the project faced delays through the spring of 2016 while the Ministry of Environment completed its review of the monitoring program. Fishermen, including the Association, expressed concerns with the level of environmental monitoring and the project's possible impacts on sealife. In June, the Ministry of Environment announced its approval of the monitoring program. The Ministry stated that the installation of the two turbines will allow more data to be gathered that can be used to evaluate the impact of the deployment of these and future turbines in Minas Passage.

The second part of the test proved to be the key to the court's decision not to grant the injunction. The second part of the test considers "whether the party seeking the stay has shown an immediate risk of harm that will occur before the case can be heard and that the harm is of the kind for which money would not be adequate compensation."[2] The Association had to show that the installation of the turbines now would result in damage or irreparable harm before the judicial review is heard early next year; and that even if the Association is successful on the judicial review, the damage will have been too late.[3]

The Association argued that deploying the turbines before its judicial review application is heard would result in irreparable harm because of the permanent loss of the opportunity to establish accurate and complete baseline data of the area before turbines are deployed.[4] The court found that the Association's concerns were valid:

The concern about the environment in the Bay of Fundy has to be taken very seriously. The potential implications of getting this wrong are massive. There are potentially catastrophic consequences.[5]

However, the court held that the Association had not met the second part of the test. The Association had not established on the evidence before the court that the temporary installation of the turbines would prevent the determination of baseline data to be used in assessing environmental impacts.[6] In particular, the evidence of the Association's expert witnesses did not specifically address the impact of the installation over the period from October 2016 until the matter is determined at the judicial review hearing in February 2017:[7]

It could be argued of course that information of that kind is unnecessary. Once the turbines are deployed, logically, the ability to obtain baseline data is lost forever. There would be no way to ever know what the circumstances were before deployment and whether what was being measured at any time afterward was an accurate measure of the circumstances as they existed before. But any "baseline" obtained in a dynamic environment can only be a partial picture. It would be difficult to know what other factors affected the [fish] stock being measured at the time they were being measured. The Association would have to present some cogent evidence of irreparable harm beyond the observation that no study performed any time after deployment could ever establish a reliable baseline for comparison purposes. It has to show that the effects of deployment from October to November would be practically irreversible over any reasonable time. Dr. Dadswell's report addresses his scientific concerns but it does not address that specific issue.[8]

Cape Sharp has not announced when the turbines will be deployed. The Association's judicial review is set to be heard February 1 and 2, 2017.