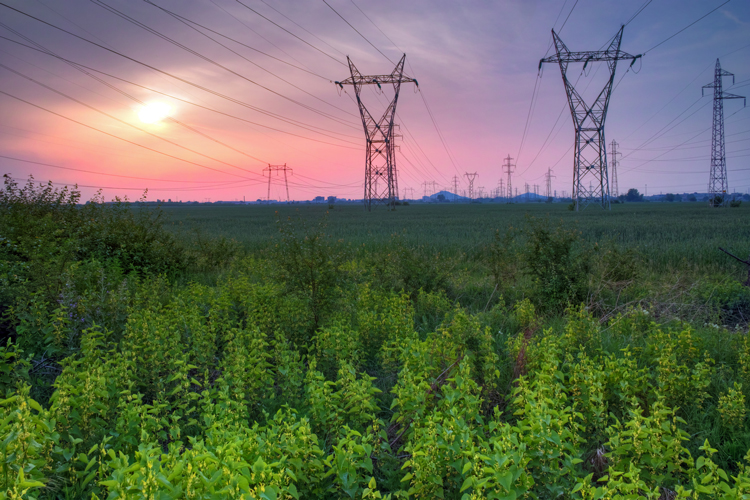 On May 14, 2015, Aird & Berlis LLP hosted a webinar on the impact of the upcoming introduction by the Independent Electricity System Operator (the "IESO") of electricity resource and Demand Response ("DR") capacity markets in Ontario on local distribution companies ("LDCs"). Ron Clark, Partner at Aird & Berlis LLP, moderated the discussion, while presentations were given by Jason Chee-Aloy, Managing Director of Power Advisory LLC, and Tom Chapman, Manager of Market Design and Development at the IESO.

The discussion mainly focused on the structure of the capacity markets, which will be implemented by the IESO initially through a Demand Response Auction and, later, a General Capacity Auction for electricity resources. The speakers also referred to the potential business opportunities that these capacity markets provide for Ontario's LDCs. LDCs may wish to participate in the capacity markets by bidding in contracted-for DR resources, possibly by taking on a role as an aggregator of loads. This could be done by LDCs individually or in partnership with others. In the future, LDCs may wish to contract for or own generation resources and bid them into the electricity resource capacity auction. As LDCs and their relationships with customers continue to evolve, the opportunity to act as a "load serving entity" may become attractive.

In order to meet its reliability requirements, the IESO is currently undergoing a consultation process to develop capacity markets in Ontario. This would supplement, rather than replace, existing procurement programs.

In (partial) contrast to previous procurements, capacity auctions would be:

Mr. Chee-Aloy offered a North American perspective on the IESO's initiative. Ontario is a member of the Northeast Power Coordinating Council, which itself is a member of the North American Electric Reliability Corporation ("NERC"). As such, Ontario must meet certain reliability requirements that are set by NERC. In particular, Ontario must ensure that it meets its Resource Adequacy Requirement ("RAR") - that is, it must maintain sufficient capacity resources to meet peak electricity demand requirements, plus certain reserve margins.

Capacity markets have already been introduced by a number of system operators in the United States, including NYISO, ISO NE, and PJM. In those capacity markets, the system operator sets the RAR - in other words, the target level of capacity - in addition to certain locational RARs to address local reliability needs, such as in New York City. The system operator then uses the RAR to create a demand curve for electricity in the region. Next, owners of capacity resources place bids specifying the price at which they are willing to sell electricity resources, and these bids are compiled to form a supply curve. The price of electricity is then determined as the point where the supply curve intersects the demand curve.

Mr. Chapman commented that Ontario is considering a similar system to those found in the United States, including the potential for zonal-based capacity auctions. The key features of any auction design would be that it is flexible, cost-effective, transparent, and based on annual target need. Since the General Capacity Auction would be based on system need, the IESO sees no need for it to be technology-specific or resource-specific: it would be open to all resource providers, and it is even possible that energy storage technologies with quick response times could bid into the auction.

As currently proposed, the General Capacity Auction would be held annually, and this annual time period would be split into two six-month commitment periods. Each auction would pertain to a period of time three or four years in the future - in other words, an auction in 2017 might pertain to the 2020 or 2021 markets. This would mean significantly shorter-term commitments than are currently seen in the IESO's procurement processes. The capacity auction would therefore not be aimed at technologies like nuclear or hydro, which require 40-year investment cycles. It is also not optimal for the purpose of securing the environmental attributes of renewable generation, nor for the purpose of funding R&D in emerging technologies. Rather, the focus is on securing the incremental MWs needed to maintain a reliable electricity supply.

Mr. Chapman also provided an update on the development of the DR capacity auction. It is currently in the detailed design phase of the consultation process. It is therefore likely to be implemented sooner than the General Capacity Auction. The initial quantity of demand response to be procured in each annual DR Auction will seek to maintain the amount that is currently under contract under the existing DR3 process initiated by the former Ontario Power Authority, which is approximately 500 MW. Thus, the targeted MW to be procured in the first DR Auction by year-end is projected to be around 365 MW. As time goes on, the IESO anticipates that this area has significant potential for future growth.

Mr. Chapman further commented that the IESO is still soliciting feedback on the structure of the capacity markets, and is open to ideas from all stakeholders. As both he and Mr. Chee-Aloy noted, LDCs would be well-advised to participate in this ongoing consultation process, as there are a number of growth opportunities for LDCs that arise out of this new initiative.

Contracting for and Developing Generation

According to Mr. Chee-Aloy, some LDCs, given sufficient size, expertise and financial resources, could develop into load-serving entities ("LSEs") that can contract for electricity resources for their customers and take on roles similar to that of Consolidated Edison of New York or other U.S. utilities. While further regulatory change will be needed to allow such a development, some LDCs are starting a gradual process of evolution in which they will go beyond their roles as mere "wires" companies. Ultimately, LDCs may even be given some responsibility in helping to plan the market in their specific regions.

Finally, the speakers discussed how LDCs could participate in the DR capacity markets. This could be done either by bidding into the DR Auction, or by offering demand response in a forthcoming General Capacity Auction. The DR Auction will likely incorporate many of the same design elements as a future General Capacity Auction, so participants in the DR Auction will have an advantage due to that experience. The IESO has now separated DR procurement from the Conservation and Demand Management ("CDM") programs that were previously administered by the Ontario Power Authority. The IESO will now procure DR in its role as market operator. Nevertheless, Mr. Chapman drew specific attention to the Conservation Fund, which is run by the IESO and includes a $70 million LDC-specific fund for CDM programs over the 2015-2020 period. This fund is aimed at providing grant-based support to pilot projects that may be inherently risky, and could provide valuable assistance to LDCs looking to develop these resources.

* Written by Ron Clark, Partner in the Energy Group and by Stephen Crawford, articling student at Aird & Berlis LLP.