An Introduction to Energy Storage in Ontario 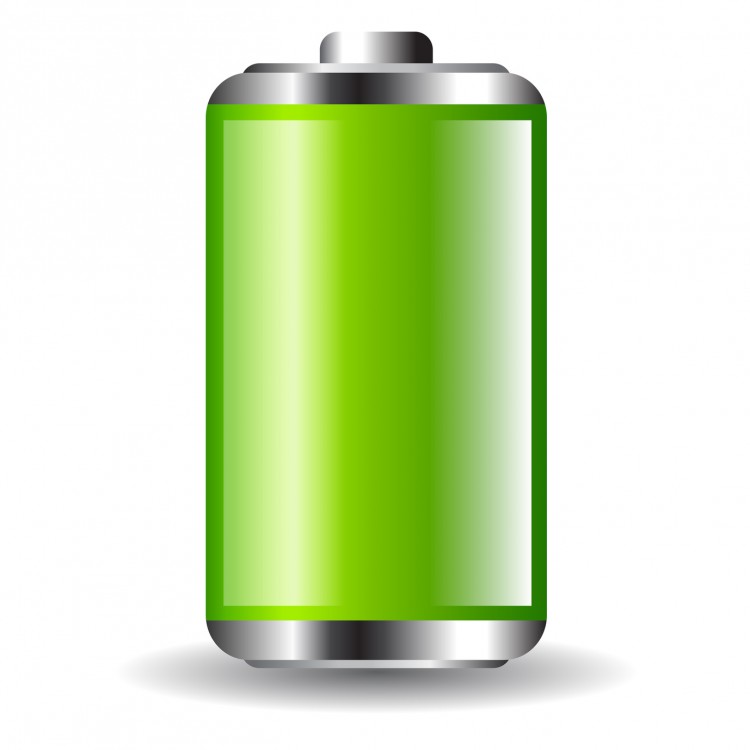 The use of new and existing technologies to store electricity is an increasingly important and visible issue in the energy field. Energy storage has been referred to by many commentators as a "game changer," as it will greatly improve the efficient use of electricity resources (generation, transmission, distribution). At the same time, an increased role for energy storage brings challenges for the electricity grid and the role of local distribution companies.

EnergyInsider plans to write regularly about issues and developments in the energy storage field. This first article on the topic aims to provide a brief "primer."

From batteries to water towers, the extent we rely on energy storage technology may not be obvious. While past use of energy storage has been generally limited to small-scale use, today's energy markets are beginning to use energy storage to face the challenge of providing reliability in supply for a large and constantly changing demand.

Until recently, the general approach to ensure reliability of supply at peak demand was to incorporate energy sources which can start or stop electricity generation on a very quick basis, known as "peaking plants." While this method of meeting demand is functional, it lacks efficiency. Matching immediate generation to immediate demand creates situations where generators are forced to stop generation when they are not needed. Peaking plants have been important as intermittent renewable generation resources have been added to the grid. Energy storage has the potential to reduce the impact of extreme or sudden changes in energy demand and renewable generation availability, which would lessen the need and utilization of peaking plants and lower overall system costs.

Technological advancement has resulted in a push towards various forms of large-scale energy storage that can be used to store excess electricity during periods of low demand in order to assist balancing the grid during periods of high demand. Energy storage can greatly enhance the viability of renewable generation by allowing for the output from that generation to be captured at all times, even where there is no demand. Then, at later times when demand is higher, the stored energy can be contributed to the system. In effect, energy storage would replace peaking plants to contribute capacity during periods of high demand and lessen the operational impact of sudden changes in electricity demand on generators. A useful discussion of the benefits of energy storage, particularly in the context of renewable generation, has been published by the U.S. Department of Energy under the title Energy Storage: The Key to a Reliable, Clean Electricity Supply.

Energy storage can also increase efficiency by using by-product energy that would otherwise be wasted. For instance, the use of thermal storage to utilize waste heat, similar to the process used in combined heat and power plants.

Energy storage can also be used on a smaller scale in homes and businesses to provide back-up power or store excess generation from rooftop solar or even to take advantage of the price spread between peak and off-peak electricity pricing. The most publicized home energy storage product is the Tesla Powerwall, but there are other technology companies developing and starting to offer competing products.

On a global scale, interest in energy storage technology is growing. A 2014 report by the International Energy Agency (IEA) detailed the potential of energy storage to be a major component of future energy systems, praising its ability to accommodate commonly perceived limitations of renewable energy sources. The report also highlighted notable developments of major players in the industry, including Canada, China, Germany and the United States. According to the IEA, as of the time of the report, there was approximately 141 GW of global stored energy capacity, over 99% of which is pumped hydroelectric storage. The remaining portion is comprised of technologies that, until recently, have not been put to use for large-scale storage.

Pumped Hydro-electric - The benefit of pumped hydro-electric energy storage is that it can store massive amounts of energy, so long as there is an elevated reservoir large enough to hold the pumped water. Where there is excess energy on the grid, energy is used to pump water into an elevated reservoir. When the energy needs to be reclaimed, the pumped water is discharged through turbines which generate electricity to be contributed to the grid.

Flywheels - Flywheel technology takes advantage of Newton's first law of motion (objects maintain their inertia until a force acts upon them). Essentially, energy entering a flywheel system is used to speed up the rotation of a heavy weight around an axel. The energy can be withdrawn by using the rotational momentum of the weight to generate electricity or mechanical power. To increase efficiency and reduce energy loss, the spinning weight is kept in a vacuum and uses low friction bearings.

Compressed Air - Compressed air uses off-peak energy to pump air into a containment area such as an underground mine, where it is held until needed. It is then released through a combustion turbine.

Hydrogen Storage - The burning of hydrogen is an extremely clean form of combustion, the only by-products being water and energy. The energy released can be captured through the use of turbine technology. Hydrogen in its combustible form, however, is relatively scarce on Earth, but can be produced through the process of water electrolysis, which uses electricity to split water into hydrogen and oxygen. As such, energy can be "stored" in hydrogen produced through electrolysis and subsequently reclaimed by using the combustion of hydrogen to drive electric turbines.

Thermal storage consists of the heating of a substance, which will retain its temperature until the heat is needed. The most common forms of thermal storage are residential and commercial water heaters, where electricity is used to heat a tank of water which retains heat until the hot water is needed. On a larger scale, underground reservoirs can be used to store heated or cooled water for later use. Another form of thermal storage makes use of the energy consumption of substances during phase changes (e.g. evaporation). The use of phase changes offers 3 to 15 times the energy density as storage without phase change. Common examples of phase change heat storage, on the small scale, are refrigerants used in air conditioners or refrigerators. On a much larger scale, "molten salt" is being used for energy storage at the almost-completed Crescent Dunes large scale (110MW) solar power facility in Nevada. In that case, the molten salt is used to retain thermal energy collected by solar towers. The molten salt circulates from the tower to a storage tank, where it is then used to produce steam and generate electricity. Excess thermal energy will be stored in the molten salt and can be used later to generate power, including during the evening hours and when direct sunlight is not available.

In 2013, Ontario established a Long-Term Energy Plan (the LTEP) to reinforce its commitment to invest in renewable energy sources. The LTEP called for procurement processes for at least 50MW of stored energy capacity to be initiated by the end of 2014. It is expected that energy storage will ultimately increase the utility of renewable energy sources. In accordance with that goal, the IESO committed to incorporating 50 MW of energy storage capacity into the Ontario energy grid and issued two requests for proposals to develop energy storage facilities, one in 2014 and a second in 2015.

In an April 22, 2015 Directive from Ontario's Minister of Energy, the IESO is instructed to review the outcomes of the 50 MW energy storage procurement and report to the Minister by March 1, 2016 on options for integration of energy storage into Ontario's electricity market and market-based procurements.

The IESO has also expressed its intentions to develop a better structured bidding auction system for the "capacity market" in Ontario. A capacity market is an energy market comprised of peaking plants, which do not respond to the typical market forces of supply and demand, but rely on fixed rates to ensure there is added supply on the electricity grid when it is needed. The new auctions will not limit the technologies or resources that qualify to bid, such that energy storage projects can participate. More detailed information about the plans for a "capacity market" in Ontario is set out in an earlier post.

Energy storage will certainly play a role in capacity markets. This has already been demonstrated by a project by AES Energy Storage in Southern California. The battery storage project is to operate as a "peaking plant" to provide electricity when electricity demand exceeds maximum electricity generation on the grid (i.e. peak demand periods). Historically, natural gas plants have generally been used to accommodate this excess demand. Further, NextEra Energy, one of the industry's largest entities in the United States, has announced its expected investment of approximately $100 million in energy storage development over the next year, and the technology's potential to knock out the need for peaking plants.

These occurrences are attracting attention, and could be the start to a trend of replacing peaking plants with energy storage facilities, which would significantly alter the composition of capacity markets.

During a time of quickly developing technology and a transition from dependence on non-renewable to renewable energy sources, there are concerns for how the costs of the electricity grid are distributed. As discussed above, energy storage increases the viability and attractiveness of implementing consumer level renewable energy generation and making fuller use of large-scale renewable generation projects (solar and wind). On the other hand, though, this may lead to less utilization of existing transmission and distribution networks.

In 2014, the Ontario Energy Board (OEB)-sponsored "Smart Grid Advisory Committee" issued a "Storage Working Group Report" which aimed to identify regulatory barriers to energy storage in Ontario and provide suggestions to ensure that energy storage services are encouraged and treated equitably, regardless of ownership. The "Storage Working Group Report" reflects a number of principles aimed at ensuring that costs and benefits of energy storage services are properly allocated and recognizing that energy storage may require separate regulatory treatment. While the Report has been presented to the OEB, the IESO and the Ministry of Energy, it is not clear what progress has been made to address the barriers that were identified. In a January 2016 letter from Ontario's Minister of Energy to Premier Wynne, it is indicated that the energy storage "pilot projects" procured by the IESO "will inform ongoing work on resolving regulatory barriers to energy storage, as they will provide valuable information about the technologies' ability to supply grid services and the appropriate commercial arrangements to enable them."

On a smaller scale, there has been a recent change to Ontario's electricity distribution rates that may make local (home and business) energy storage less of a concern for local distribution companies. As described in a prior post, the OEB issued a Board Policy in April 2015 that requires all distributors to move to fixed charges for electricity distribution. This means that a consumer will pay the same distribution charges, regardless of consumption. Theoretically, this means that distributors will not be harmed by more widespread use of household renewable generation and energy storage. On the other hand, this change may make adoption of such technologies less attractive to homeowners. The implementation of the new Board Policy is beginning in 2016, and will not be fully in effect until 2019.

*This article was co-authored with Michael McDonald, an articling student at Aird & Berlis LLP