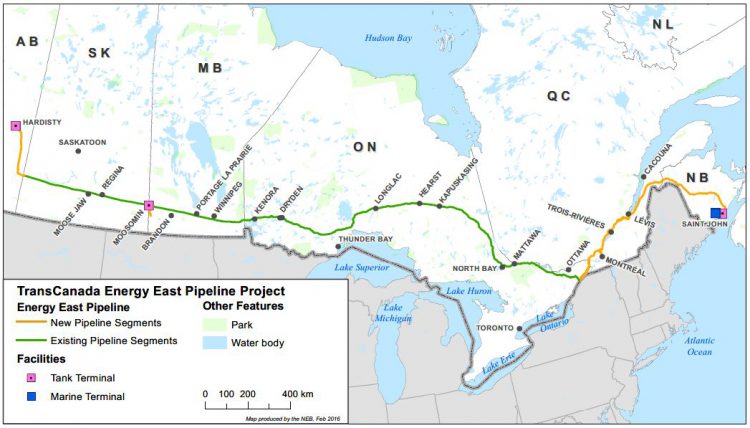 On January 27, 2017, the National Energy Board (NEB) announced that the new Hearing Panel appointed to review TransCanada's Energy East and Eastern Mainline projects has voided all decisions from the previous panel. This means that the hearing process will have to be restarted, with all prior decisions having no ongoing effect (including the combining of the two applications, the "completeness determination" and the Issues List). This answers questions raised in our earlier post discussing the implications of the appointment of the new Hearing Panel.

A key ruling is that because the previous Hearing Panel has recused itself in response to allegations of a reasonable apprehension of bias, it follows that "all decisions made by the previous panel must be, and are hereby, voided and stricken from the record." Among other things, this means that there is no longer any "completeness determination" or Hearing Order. Effectively, the process must start again.

The Panel Letter indicates that the first item for the Hearing Panel to consider is whether the two applications (Energy East and Eastern Mainline) should be heard together. That is one of the voided determinations from the prior panel. Interested persons are invited to submit comments by February 15, 2017.

As the following step, the Hearing Panel will invite submissions and make a determination on the completeness of the application(s). For that purpose, the Hearing Panel has indicated that it's not necessary for TransCanada to re-file the applications and that the current filing (including responses to information requests) remains valid. Once the Hearing Panel makes a completeness determination, then the time-limit for the NEB's report on the projects will commence (while this is ordinarily 15 months, the Government did expand the timeframe to 21 months for the earlier Energy East process - see here).

Along with the issuance of the Panel Letter, the NEB has also taken the extraordinary step of publishing "solemn declarations" from the members of the new Hearing Panel to reassure the public that they are "dedicated to undertaking a fair, transparent and thorough review of the Energy East and Eastern Mainline project applications." The "solemn declarations" and associated cover letter provide details about the background of each new member of the Hearing Panel and confirm that they have no conflicts of interest and that they will not discuss the projects with any member of the previous Hearing Panel.

The combined impact of the determinations issued by the NEB is that the Energy East review process will take longer than anticipated. Where the NEB's report on the project had been expected to be issued by March 2018, it is now hard to see how that can happen before the Spring of 2019 (assuming six months to get to a "completeness determination" and then another 21 months for the hearing process).