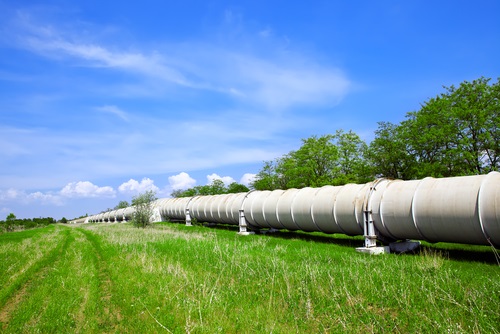 On July 19, 2017, the Federal Court of Appeal released its Decision in a case related to the National Energy Board’s (NEB) jurisdiction over the proposed Prince Rupert Gas Transmission Project (PRGTP). The Court reversed an earlier NEB Decision holding that the NEB had no jurisdiction over the PRGTP. Instead, the Court found that there is a prima facie case that the NEB does have jurisdiction, and referred that question to the NEB for a full review.

On July 25, 2017, Petronas announced that it will not proceed with the Pacific NorthWest LNG project (see here). Presumably, that decision puts the future of the PRGTP in jeopardy, as this LNG facility was the sole customer for the pipeline. However, notwithstanding that the fate of the PRGTP is now unclear, the Federal Court of Appeal’s Decision about how the NEB should assess its own jurisdiction over pipeline projects is interesting.

As we explained in an earlier post, Michael Sawyer’s October 2015 Application to the NEB had asserted that the PRGTP should be subject to the regulatory jurisdiction and review of the NEB. Effectively, the challenge advanced by Mr. Sawyer is another example (similar to challenges related to Northern Gateway and Energy East, as discussed in a prior post) where pipeline opponents are appealing to both provincial and federal authorities in efforts to oppose projects.

Mr. Sawyer argued to the NEB that the PRGTP should be subject to federal jurisdiction despite the fact that it is wholly located in British Columbia. Mr. Sawyer asserted that the PRGTP will be operated together with TransCanada Pipelines’ NOVA Gas Transmission Limited System (NGTL). He relied on the test set out by the Supreme Court of Canada in Westcoast Energy Inc. v. NEB and asserted that PRGTP will be operated with NGTL as a “single federal undertaking” and is therefore subject to federal jurisdiction. The project proponent (TransCanada) disagreed, and asserted that the PRGTP would be a local work that offers intra-provincial gas transportation service under a different arrangement than NGTL.

The NEB considered Mr. Sawyer’s Application on a preliminary basis, under section 12 of the NEB Act. The NEB followed its established practice of evaluating whether there is a prima facie case made that jurisdiction exists before referring the case to a full hearing on the jurisdictional question. In the NEB's Decision dated November 30, 2015, the NEB declined to find a prima facie case that the PRGTP would form part of a federal undertaking and be subject to the NEB Act. The NEB considered the arguments made (there was no formal evidence presented) and indicated that it was not persuaded that the PRGTP and NGTL system will be functionally integrated and commonly managed and controlled such that they would be operated as a single “enterprise”. Therefore, the NEB denied Mr. Sawyer’s Application without proceeding to a full hearing as to whether the NEB Act applies.

The Federal Court of Appeal disagreed with the NEB’s analysis and conclusion, on a number of bases.

Importantly, the Court also found that the materials presented to the NEB did indeed support a prima facie finding that the PRGTP should be subject to federal jurisdiction.  Applying the test from Westcoast Energy Inc. v. NEB, the Court found that the PRGTP appears to be functionally integrated with federally regulated works (including the NGTL system) that would also be part of the planned supply to the Pacific NorthWest LNG facility. As noted by the Court, the PRGTP would not be built without the federally regulated North Montney Mainline (and vice-versa). This supports an arguable (prima facie) case that the PRGTP is functionally integrated with a federal undertaking and subject to the NEB Act.

The Federal Court of Appeal’s Decision is careful to state that the Court is not making any final determination about jurisdiction. Instead, the Court simply holds that there is a prima facie case that the PRGTP is subject to the NEB’s regulatory jurisdiction.  With that finding, the Court of Appeal allows the appeal, and sends the jurisdiction question back to the NEB, to be determined through a hearing “on a full record, on tested evidence, and on notice to the Attorneys General.” However, given the apparent cancellation of the Pacific NorthWest LNG project, the PRGTP may not proceed and the full hearing about the NEB’s jurisdiction over this pipeline may no longer be needed.