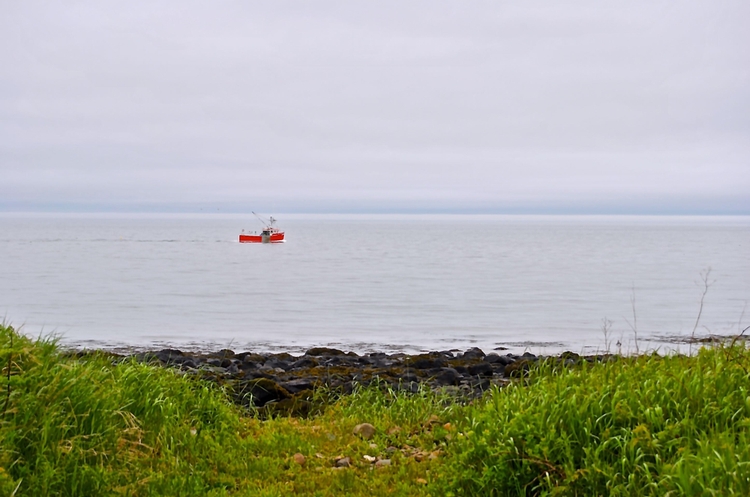 As we discussed in a prior article, climate change litigation has come to Canada. In November 2018, an environmental group called ENvironment JEUnesse (ENJEU or Jeunesse) applied to the court to authorize a class action against the Canadian government on behalf of Quebecers aged 35 and under. Like in the Urgenda action (see our previous discussion here, here and here), ENJEU claims that Canada’s GHG emissions targets are insufficient to avoid the impacts of climate change and that this is a violation of the petitioners’ fundamental rights.

In June 2019, the Quebec Superior Court heard the petitioners’ motion for authorization to commence a class action to obtain a declaration that by adopting dangerous GHG emissions targets, the Canadian government is violating the class members’ fundamental rights and is not ensuring that the class members live in a safe climate, thereby shirking their duty to act against climate change. The class members are seeking $100 each, amounting to $340 million total – all of which would be placed into a fund for the implementation of anti-climate change measures.

The federal government argued that the remedy sought by the petitioners goes beyond the bounds of what is justiciable and into the realm of the exercise of legislative or executive powers.

In July 2019, the Quebec Superior Court dismissed the petitioners’ motion for authorization to institute a class action (see original decision here and unofficial English translation here). The court held that the doctrine of justiciability was not an obstacle to the authorization of the class action, however, the court did take issue with the nature of the class proposed by the petitioners, namely the age limit of 35 years.

The doctrine of justiciability concerns the proper role of the courts and their constitutional relationship to the other branches of government [para 49]. Before starting its analysis, the court noted the “undoubted importance of the subject raised by Jeunesse’s application, namely the protection of the environment” [para. 40]. The court ultimately found that the question of the alleged violation of the petitioners’ Charter-protected rights was justiciable.

The petitioners argued that the federal government’s failure to adoption GHG emission targets to keep global warming below 2° constituted bad faith and represented unlawful and intentional interference with fundamental rights protected by the Canadian Charter of Rights and Freedoms and, in Quebec, the Charter of Human Rights and Freedoms [para 13]. The court found that while the petitioner’s claim related to legislative and executive power, it was still open to the court to intervene to decide whether there was a violation of the Canadian Charter because “all government power must be exercised in accordance with the Constitution” [para 59]:

With respect, the Tribunal is of the view that this characterization of certain issues does not automatically and completely exclude court intervention in the application of the Canadian Charter. The courts have a duty to rise above the political debate and cannot refuse to act when it comes to a debate concerning a violation of the rights protected by the Charter [para 69].

The court similarly found that the alleged violation of the rights protected by the Quebec Charter was also justiciable [para 78].

Age Limits of the Proposed Class

The court noted that that a key factor in determining whether to authorize a class action is the definition of the class. The importance of the description of the class lies in the legal principle that “members will be bound by the class action judgment”, namely those who did not opt-out [para 114]. In the case before the court the class was described as:

The court found that the petitioner’s decision “to cap the age of members at 35, to exclude millions of other Quebecers because of their age and to include almost all Quebec minors represents a purely subjective and arbitrary choice” [para 143].

The court found this age limit to be arbitrary and therefore an inappropriate choice:

Given the nature of the class action that Jeunesse wants to exercise and the nature of the alleged infringements on the rights of the putative members, the choice of 35 years old as the maximum age of the members leaves the Court perplexed.

The application for authorization does not provide a factual or rational explanation.

In response to the question from the Tribunal in this regard, Jeunesse did not explain the reasonableness of this choice. One of the arguments advanced by Jeunesse in this regard is that the youngest residents of Quebec will suffer more infringements of their human rights and, furthermore, Canada has already confirmed that the present generation must act to protect future generations. Jeunesse argues that for younger residents, experiencing more infringements than other residents is, in itself, a violation of their right to equality.

The court was also concerned that the proposed class included children who had not yet reached the age of majority:

In response to a question from the Tribunal in this regard, Jeunesse raises the possibility that parents of all such minors may decide to exclude their children from the class action.

With respect, the Tribunal is of the view that a third party, such as Jeunesse, should not be recognized as having the power to impose on millions of parents the obligation to act to exclude their children from a class action. It is not a statutory entity created by a legislature to protect the rights of minors or to act on their behalf [para 131-132].

The court found that it was not possible to modify the description of the class to overcome these issues. The court concluded that a class action was not the appropriate procedural vehicle in this case and declined to authorize the class action [para 140].

In reacting to the decision, ENJEU’s lawyer highlighted that significant decisions were decided in their favour, including that the impact of climate change on human rights as a justiciable issue and that the actions of the government in this area are subject to the Canadian and Quebec Charters of rights and freedoms.

ENJEU indicated that it intends to appeal the judgment.