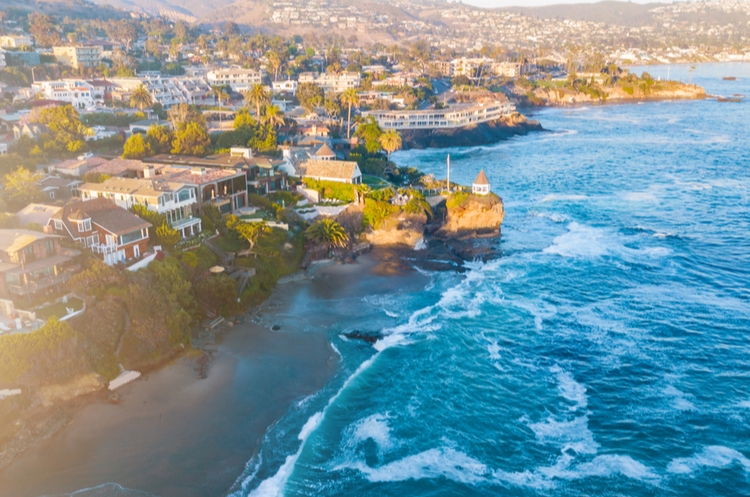 As of October 9, 2019, Pacific Gas & Electric (the largest utility in California) has cut electricity to more than 500,000 customers in an effort to avoid sparking wildfires. This dramatic step is being taken in response to forecast high winds and low humidity, which together can create conditions for serious wildfires in California.

The actions being taken by PG&E are authorized under California law, which allows "de-energization" to protect public safety (see here). As described on the CPUC website:

[several California] electric utilities have developed de-energization programs, referred to as "Public Safety Power Shutoff" as a preventative measure of last resort if the utility reasonably believes that there is an imminent and significant risk that strong winds may topple power lines or cause major vegetation-related issues leading to increased risk of fire. The programs outline criteria the utility analyzes when considering shutting off power to one or more electric distribution or transmission lines, and protocols for when and how customers are notified.

While this "de-energization" option has been available to California utilities for some time, the current PG&E outage appears to be the largest to date by a wide margin(see here for the California Public Utilities Commission (CPUC) reporting on prior de-energization events).

The CPUC is in the midst of a Rulemaking proceeding (see here) to review utilities' PSPS processes and practices, including efforts to reduce the need for de-energization and to mitigate measures to reduce the impacts when implemented. The Phase 1 Decision sets out the CPUC’s de-energizing strategy. The review and evolution of utility PSPS processes will be addressed in Phase II, which is now underway.

The current actions by PG&E are receiving lots of attention, not only because of the large number of impacted customers, but also because PG&E has recently filed for bankruptcy protection after having been found responsible for devastating wildfires in 2018. PG&E’s liability for the earlier wildfires is founded, at least in part, on the California doctrine of “inverse condemnation” which holds that electric utilities are strictly liable for property damages arising from wildfires traced to their equipment, even where there is no negligence. Earlier this year, California engaged a “Commission on Catastrophic Wildfire Cost and Recovery” to make an “assessment of the issues surrounding catastrophic wildfire costs and damages.” The Commission issued a report in May 2019 that included “recommendations for changes to law that would ensure equitable distribution of costs among affected parties.” Among other things, the report recommends that “the current strict liability interpretation of inverse condemnation for utilities be replaced with a fault-based standard.”