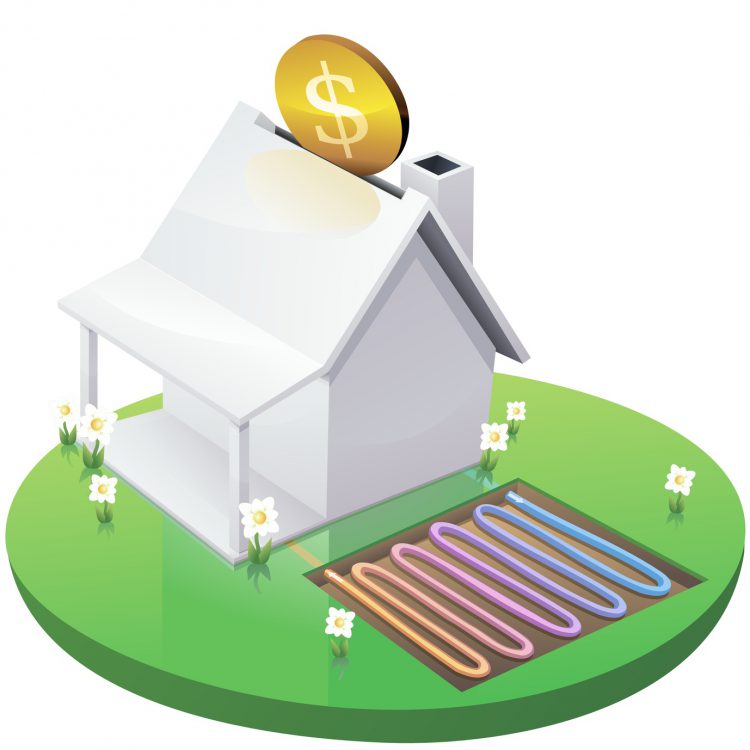 Geothermal energy is starting to heat up in Ontario. Once considered too costly for domestic household use, recent policy moves by the province have demonstrated political - and financial - support for an expansion of geothermal HVAC technologies in the coming decades. The recently released Climate Change Action Plan has set out a series of programs that are intended to help the province achieve its targets for reducing greenhouse gas emissions to 15% below 1990 levels by 2020, 37% by 2030 and 80% by 2050.

Emissions from buildings account for almost one quarter of Ontario's greenhouse gas emissions - in large part due to the demands for indoor heating and cooling in our highly variable climate. To reduce these emissions, the Action Plan aims to encourage the widespread implementation of low-carbon technologies for new and retrofitted buildings by providing up to $3 billion in grants, rebates and subsidies. While specific details of the programs have yet to be released, it is clear that geothermal technology will factor heavily into these measures. The Action Plan calls for geothermal technologies to be installed in new and retrofitted houses and other buildings, including affordable housing units, public schools and institutional buildings.

How do geothermal HVAC systems work?

Geothermal energy refers to the vast supply of thermal energy that is generated and stored within the earth. Modern geothermal technologies are able to capture and convert this thermal energy for applications in space heating, electricity generation and various other capacities.

A basic geothermal HVAC system has two main components - a ground loop and a heat pump. The ground loop is a length of piping buried underground where temperatures are cooler than ambient air temperatures in the summer and warmer than ambient air temperatures in the winter. In Ontario, the top 200 metres of the Earth's crust remain within a constant temperature range of 6 - 11 degrees Celsius year-round. Through the winter months, fluid circulating in the ground loop delivers heat from the ground to the heat pump. The heat pump concentrates this heat up to 35 degrees Celsius, which can then be delivered throughout the building using a normal duct system. In this manner, geothermal systems are able to produce between 3 and 4.5kW of heat for every kW of electricity used, representing an energy efficiency of 300 to 450%. By comparison, the most efficient conventional electric or gas heating systems approach 100%.

In the summer months, heat is pulled from the building and transferred into the ground through the ground loop while cooled air is returned to the structure. This process uses 50-70% less electricity when compared to conventional air conditioning. Geothermal HVAC systems can further reduce electricity consumption in buildings by producing hot water with excess heat from the HVAC processes.

Implications for the Energy Sector

The proposed shift towards alternative and renewable technologies for buildings in Ontario could impact future demand for natural gas. While conventional natural gas systems currently heat approximately 75% of Ontario homes, changes in the prices of natural gas and subsidies for geothermal heating may tip the balance toward the latter. Prices for natural gas heating are set to rise by an average of $5 a month per house under the incoming cap and trade program. Geothermal systems, meanwhile, may become an increasingly competitive option for homeowners, landlords and developers given the government's promise of subsidies to offset the high installation costs of $20,000 to $30,000 per home. Ultimately, the incentive program offered under the Action Plan may be a determining factor of the future presence of geothermal systems in the domestic HVAC market.